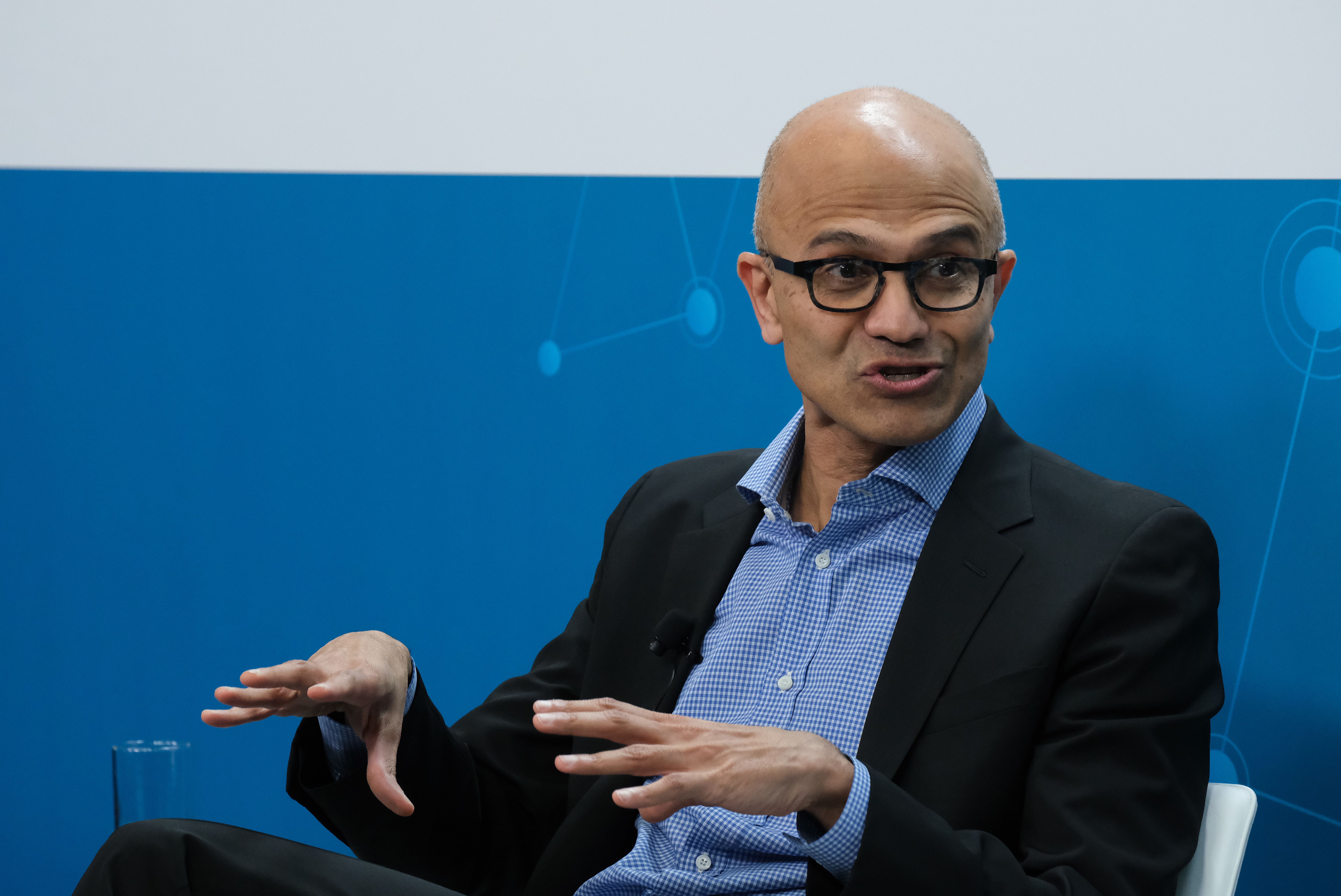 Satya Nadella, CEO of Microsoft, speaks with Herbert Diess, CEO of Volkswagen AG (not pictured), at a “fireside chat” to the media about a joint project between the two companies called the Volkswagen Automotive Cloud on February 27, 2019 in Berlin.

Microsoft CEO Satya Nadella on Monday addressed thousands of developers at the Build conference in Seattle on Monday with a clear message: Microsoft is open.

It’s different from the approach that was in place under Nadella’s two successors, Bill Gates and Steve Ballmer. In past years Microsoft competed aggressively against open-source technologies and collected revenue with patent royalties.

Under Nadella, the Azure public cloud has become a higher priority at Microsoft. Correspondingly Microsoft’s attitude toward open-source has changed. Software developers might want to use technologies that don’t come from Microsoft in their applications and while building those applications. Microsoft has accepted this reality and has become less headstrong about putting Windows and other proprietary technology first, as long as developers turn to its cloud.

Microsoft even bought GitHub, arguably the most prominent place where people go to download and contribute to open-source software. Microsoft has become one of the top organizations when it comes to posting code on GitHub.

Over time, this strategy could help make developers more willing to make Azure the destination for new applications. AWS has business from growing apps like Airbnb, Lyft and Uber. Being more open and flexible could help Microsoft land more business from hot new start-ups, and not just pick up business from the large companies it has been selling to for years.

On Monday Nadella made some more statements pointing to a continuing commitment to openness:

Nadella said that Microsoft wants to ensure that infrastructure remains open. That is, people won’t be tied necessarily to just one cloud if they want to use AI systems inside applications.

“We are fully participating in the OSS community,” Nadella said.

Nadella ended the talk on a fun note. He said that DONKEY.BAS, a game Gates wrote before the PC DOS operating system came out, is available on GitHub.

“I don’t know what the pull request status is,” Nadella said, drawing on GitHub parlance that refers to proposed project changes.

Earlier on Monday Microsoft announced a slew of cloud updates. One of them is better support for the PostgreSQL open-source database software. Microsoft also introduced Visual Studio Online, making it possible for people to use the open-source Visual Studio Code text editor on mobile devices like Apple’s iPad.

WATCH: Microsoft gets a target boost at Wedbush