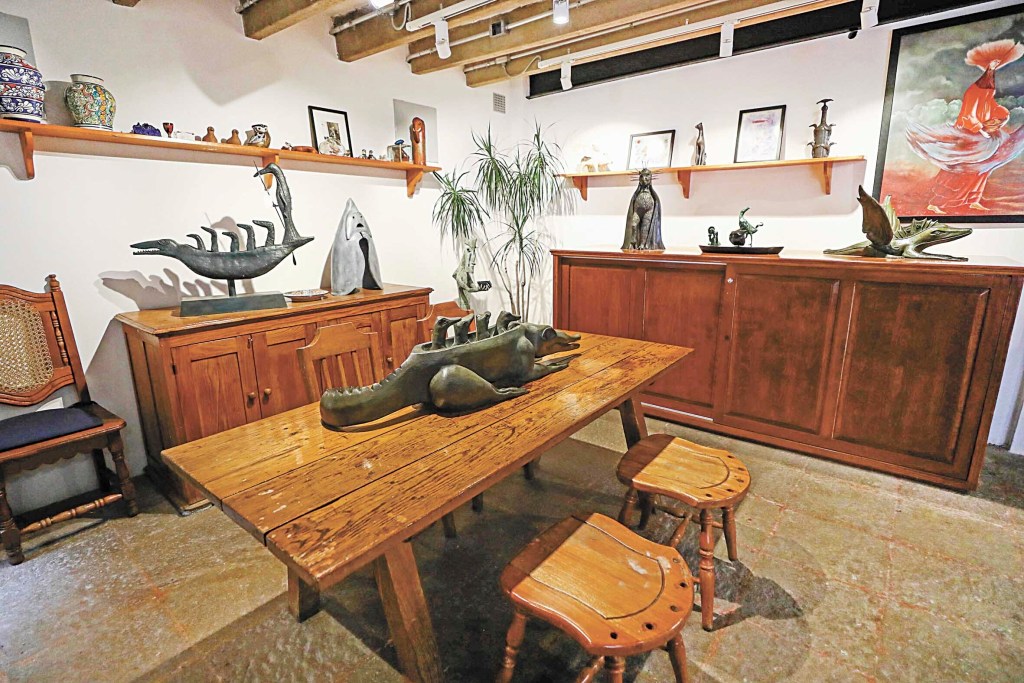 The Mexico City home of famed Surrealist painter Leonora Carrington is set to become a museum. Though the museum’s opening date has yet to be decided, it will display 45 sculptures by the artist as well as hundreds of her personal objects.
In a statement, Alejandra Osorio, cultural director at Mexico City’s Universidad Autónoma Metropolitana (UAM), which owns the home, said, “This space contains the daily life of the Weisz Carrington family, who lived here for more than 60 years.”
Ten years after the artist’s death in 2011, the painter’s son, Pablo Weisz Carrington, sold the house to the university for $500,000, on the condition that it would be converted into a museum. Weisz Carrington also mandated that his mother’s studio and kitchen—the site of many occult forays experienced with fellow Surrealist Remedios Varo—be untouched in order to “remain as close as possible to the artist’s daily life”.
[How Leonora Carrington’s Surrealist art imaginatively reclaimed female perspectives.]
Born in Lancashire, England, in 1917 into a wealthy family that owned a mill, the prodigiously talented Leonora Carrington moved to Paris in 1938. There, in the company of the Surrealists, she developed a singular visual vocabulary that comprised fantastic human-animal hybrids cavorting in mysterious dreamscapes. Her immense body of work includes paintings and sculptures, as well as novels, plays, and costumes.
Her intense affair with artist Max Ernst ended in 1939 amid the outbreak of World War II. She then fled to Mexico after marrying the Mexican poet Renato Leduc, out of convenience. In Mexico City, her painting practice flourished among a tight-knit circle of artistic émigrés, including painter Remedios Varo and the photographer Kati Horna. Carrington lived in Mexico City until her death at the age of 94.

Brooklyn Museum Workers Push to Form Union
Rediscovering the Joy of Drawing During the Pandemic
To Top
error: Content is protected !!