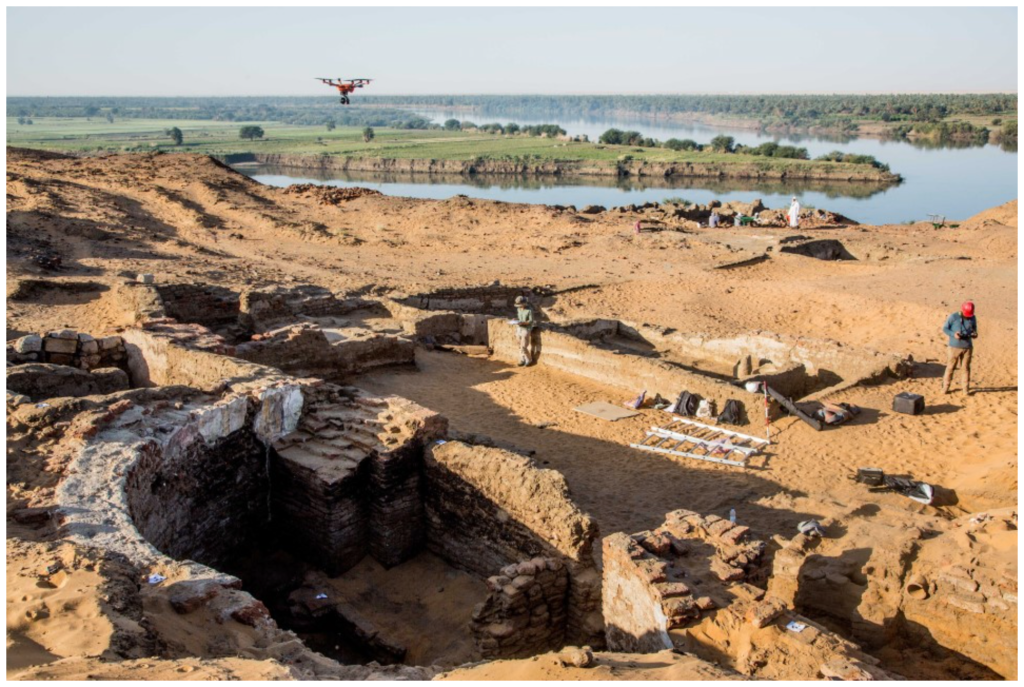 Last month, the University of Warsaw’s Polish Centre of Mediterranean Archaeology (PCMAUW) said its experts had discovered the remains of a Medieval cathedral in the ancient town of Old Dongola, along the east bank of the Nile River in what is now Sudan. Archaeologists believe the cathedral may now be the largest known surviving structure from Christian Nubia.
Old Dongola was the capital of one of three Christian Nubian kingdoms, Makuria, which existed from the 6th century C.E. to the 14th century C.E. It grew to encompass churches, monasteries, a palace, pottery workshops, and cemeteries, and it also had elaborate residences for church and state officials, including two-story homes with heat, water, and private bathrooms.

The cathedral may have been the site from which the archbishop of Dongola ruled over a 600-mile region along the Nile, researchers said. At over 85 feet wide, the cathedral features the largest apse in the region that has been found to date. A domed addition on the east side of the apse is believed to be a bishop’s tomb. That structure is five times larger than the domed tomb of another bishop, Joannes, in the neighboring Christian city of Faras.
The Old Dongola cathedral is three stories tall and likely held a prominent place in the city center. “Its size is important, but so is the location of the building—in the heart of the 200-hectare city,” says Artur Obłuski, head of excavations at Dongola and director of the PCMAUW.
Wall paintings discovered in the cathedral’s apse date to the 10th or early 11th century. They depict two rows of figures, likely Apostles, whose images would have stood almost 10 feet high. Due to the delicate nature of the paintings, the PCMAUW enlisted conservators from the department of conservation and restoration of works of art from the Academy of Fine Arts in Warsaw, who worked under the supervision of professor Krzysztof Chmielewski.
Chmielewski said in a statement that the team is currently taking on “rescue conservation” by strengthening the wall plaster and cleaning the images that had been damaged by dirt and salt. “When a suitable roof is erected over this valuable find, it will be possible to start the final aesthetic conservation of the paintings,” Chmielewski added.
Excavations in Dongola will continue through the fall and into the winter of 2022. By the end, researchers hope to determine a date when the church’s construction began. “There may be more paintings and inscriptions under our feet,” Obłuski said.