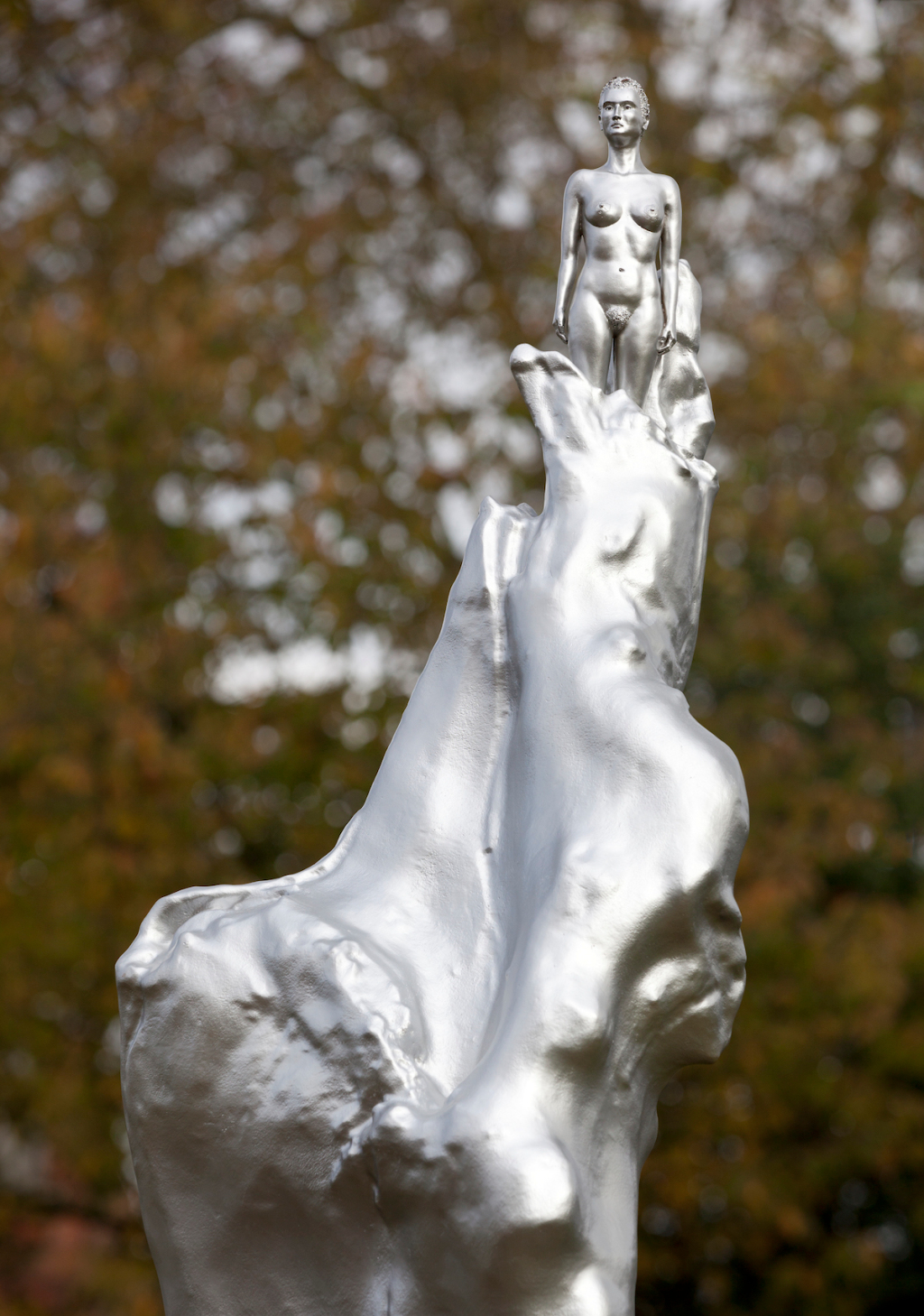 A sculpture dedicated to Mary Wollstonecraft, an 18th-century English writer, philosopher, and women’s rights advocate, is stirring controversy after its debut in London’s Newington Green park today. The public work by artist Maggi Hambling features a nude woman atop an abstracted silvered-bronze form, and it is the result of a 10-year-long fundraising campaign.
Bee Rowlatt, chair of the Mary on the Green campaign that raised £143,300 (about $189,760), told the BBC that Wollstonecraft “was a rebel and a pioneer, and she deserves a pioneering work of art. This work is an attempt to celebrate her contribution to society with something that goes beyond the Victorian traditions of putting people on pedestals.”

According to the Mary on the Green campaign’s website, the sculpture is meant to celebrate Wollstonecraft’s life and work and to help diversify London’s monuments, over 90 percent of which are dedicated to men. “The memorial to Mary Wollstonecraft will be a source of debate and stimulus for events, as well as a visual celebration of diversity and inclusion in a place that needs it more than ever,” the site reads.
A description of the sculpture on the campaign website states, “The figure, an everywoman, emerges out of organic matter, almost like a birth.”
The sculpture has already been met with criticism on social media, where writers, activists, and scholars are voicing their opinions of the new work. On Twitter, journalist Mona Eltahawy wrote, “Again: nudity is not the issue. What is being conveyed and for whose gaze is. Why, after years of so few statues of women, is the naked female form of statues being erected for & about women?”
Journalist Caitlin Moran wrote of the sculpture on Twitter, “It’s not making me angry in any way because I just KNOW the streets will soon be full of statues depicting John Locke’s shiny testicles, Nelson Mandela’s proud penis, and Descartes adorable arse.” Writer Malorie Blackman posed a question to her followers: “Genuine question: Why present Mary Wollstonecraft as naked? I’ve seen many statues of male writers, rights activists and philosophers and I can’t remember any of them being bare-assed.” New York Times critic Jillian Steinhauer’s commentary was more concise: “What the actual fuck is this,” she wrote on Twitter.

Hambling’s homage to Wollstonecraft is not the only public sculpture of a nude woman to generate controversy in recent months. Last month, a seven-foot-tall bronze work titled Medusa With the Head of Perseus and created by artist Luciano Garbati for downtown Manhattan sparked criticism online. The artist had said the sculpture means to address the #MeToo movement, but many criticized the work, saying that a man should not have been picked to do it and that monument misunderstood the myth it was based on.