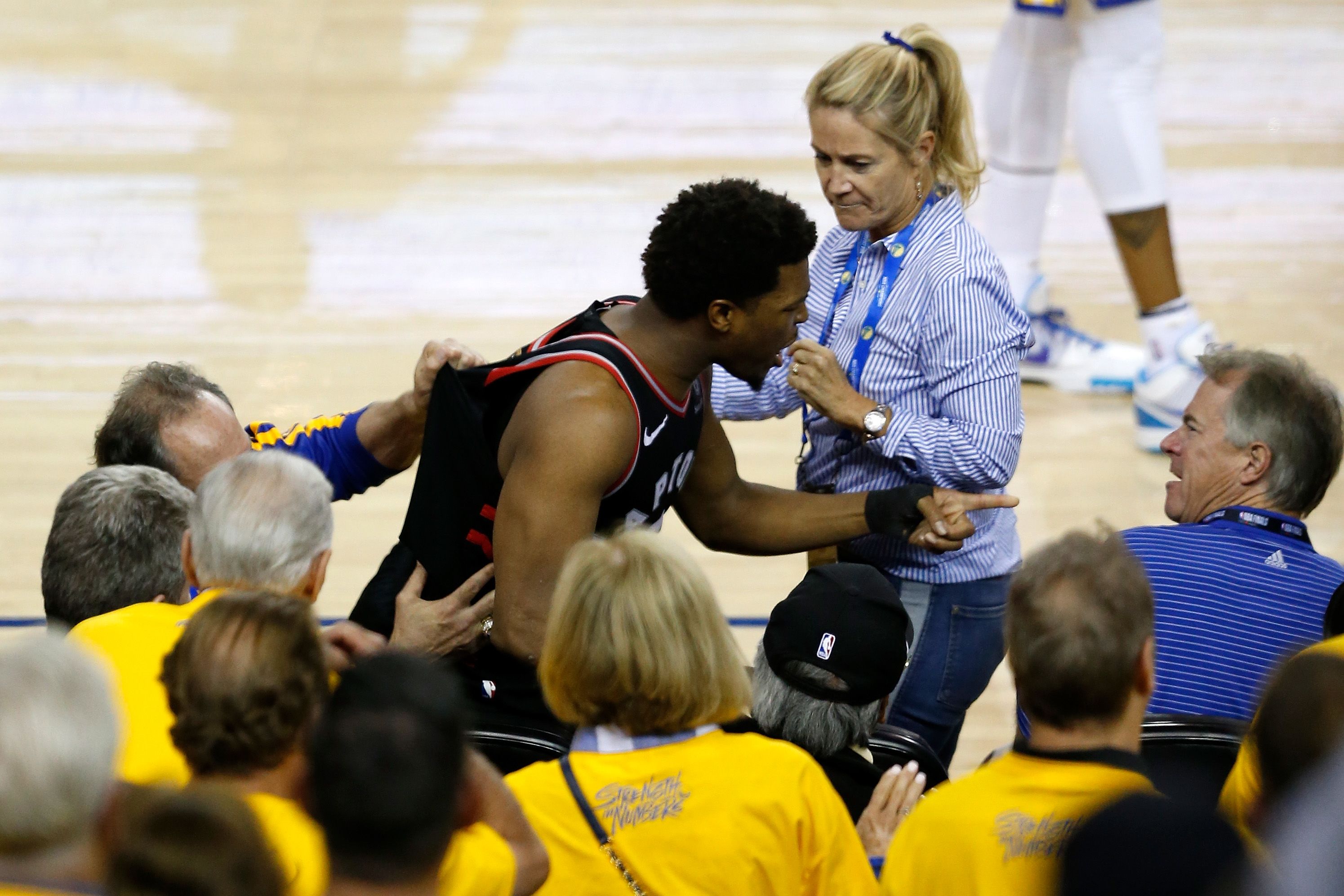 Kyle Lowry of the Toronto Raptors yells at a fan in the second half against the Golden State Warriors during Game Three of the 2019 NBA Finals on June 05, 2019 in Oakland, California.

A prominent venture capitalist and part owner of the Golden State Warriors was the subject of drama on the court at Wednesday night’s NBA Finals game with the Toronto Raptors.

Former Sequoia Capital managing partner Mark Stevens was the person who shoved Raptors player Kyle Lowry during the game, CNBC confirmed after Axios first reported his identity. Stevens was ejected from his courtside seat after pushing Lowry after he had crashed into nearby seats while trying to save a ball from going out of bounds in Game 3. The Raptors won the game to lead the series 2-1.

The Warriors and the NBA said Thursday that Stevens has been banned from attending games and team activities for one year, effective immediately, and has been fined $500,000.

“Mr. Stevens’ behavior last night did not reflect the high standards that we hope to exemplify as an organization,” the the Warriors said in a statement. “We’re extremely disappointed in his actions and, along with Mr. Stevens, offer our sincere apology to Kyle Lowry and the Toronto Raptors organization for this unfortunate misconduct.”

In a statement, NBA Executive Vice President of Communications Mike Bass said: “A team representative must be held to the highest possible standard and the conduct of Golden State Warriors investor Mark Stevens last night was beyond unacceptable and has no place in our league. As the review of this matter continues, Mr. Stevens will not be permitted to attend NBA games.”

The National Basketball Players Association said on Twitter it is “closely monitoring both the Warriors’ and the League’s continued investigation into this matter and anxiously await their conclusions and response.”

Stevens is now managing partner of his family office, S-Cubed Capital, according to his online profile, and minority owner and executive board member of the Warriors. He is also a board member of chip company Nvidia, whose head of corporate communications declined to comment on Stevens’ ejection from the game.

Before the identity of the fan was publicly reported, Lowry told The Associated Press the fan had cursed at him repeatedly.

Stevens did not immediately respond to CNBC’s requests for comment.

— CNBC’s Scott Wapner and Jason Gewirtz contributed to this report.

Watch: PVH plummets, tariff hikes on Chinese kegs and mattresses, Tesla gets a price cut at Barclay’s and the NBA Finals kick off in Toronto