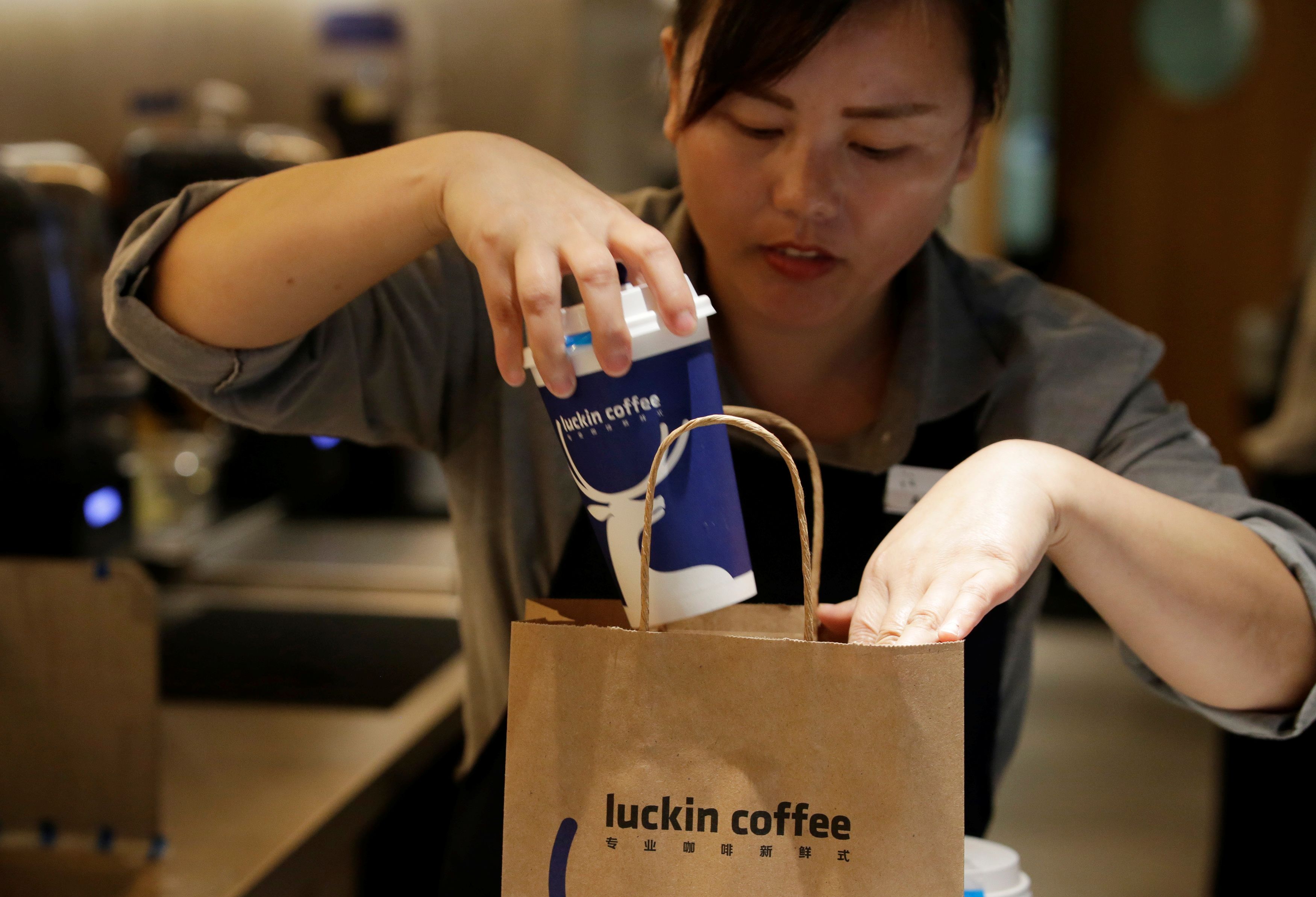 A barista packs a coffee for online sales at a Luckin Coffee store in Beijing, China July 17, 2018.

Shares of Luckin Coffee fell Wednesday after the coffee chain reported wider losses than expected, as it expands rapidly and discounts its drinks in a bid to challenge Starbucks for control of Chinese coffee market.

Luckin shares dropped nearly 8% in premarket trading. The stock, which has a market value of $5.8 billion as of Tuesday’s close, had gained 37% since the company’s initial public offering in May. Since Luckin was founded less than two years ago, it has grown to nearly 3,000 stores, making it the number two coffee chain in China behind Starbucks. Starbucks’ stock, which has a market value nearly 20 times larger than Luckin’s, is up 21% since Luckin’s market debut.

Excluding items, the Chinese coffee chain reported a loss of 48 cents per share, wider than the loss of 43 cents per share expected by analysts surveyed by Refinitiv. A company’s first earnings after going public may differ from Wall Street expectations because of different share counts.

Net sales rose 648% to $132.4 million, topping expectations of $130.3 million. Luckin has tried to attract new customers by discounting its drinks, a strategy that Starbucks CEO Kevin Johnson has said is not sustainable.

After adding 593 net new locations during the quarter, the chain had 2,963 stores as of June 30. The majority of Luckin’s locations are pick-up stores, which are smaller and designed for the customer’s convenience.

Although Starbucks became a global coffee chain with its larger and more homey cafes, the Seattle-based company is following Luckin’s lead and opening smaller express format stores in China. Starbucks had 3,922 stores in China as of June 30.

After yield curve inverts, stocks typically have 18 months before doom
Shoppers have ‘no appetite’ for price hikes from tariffs
To Top
error: Content is protected !!