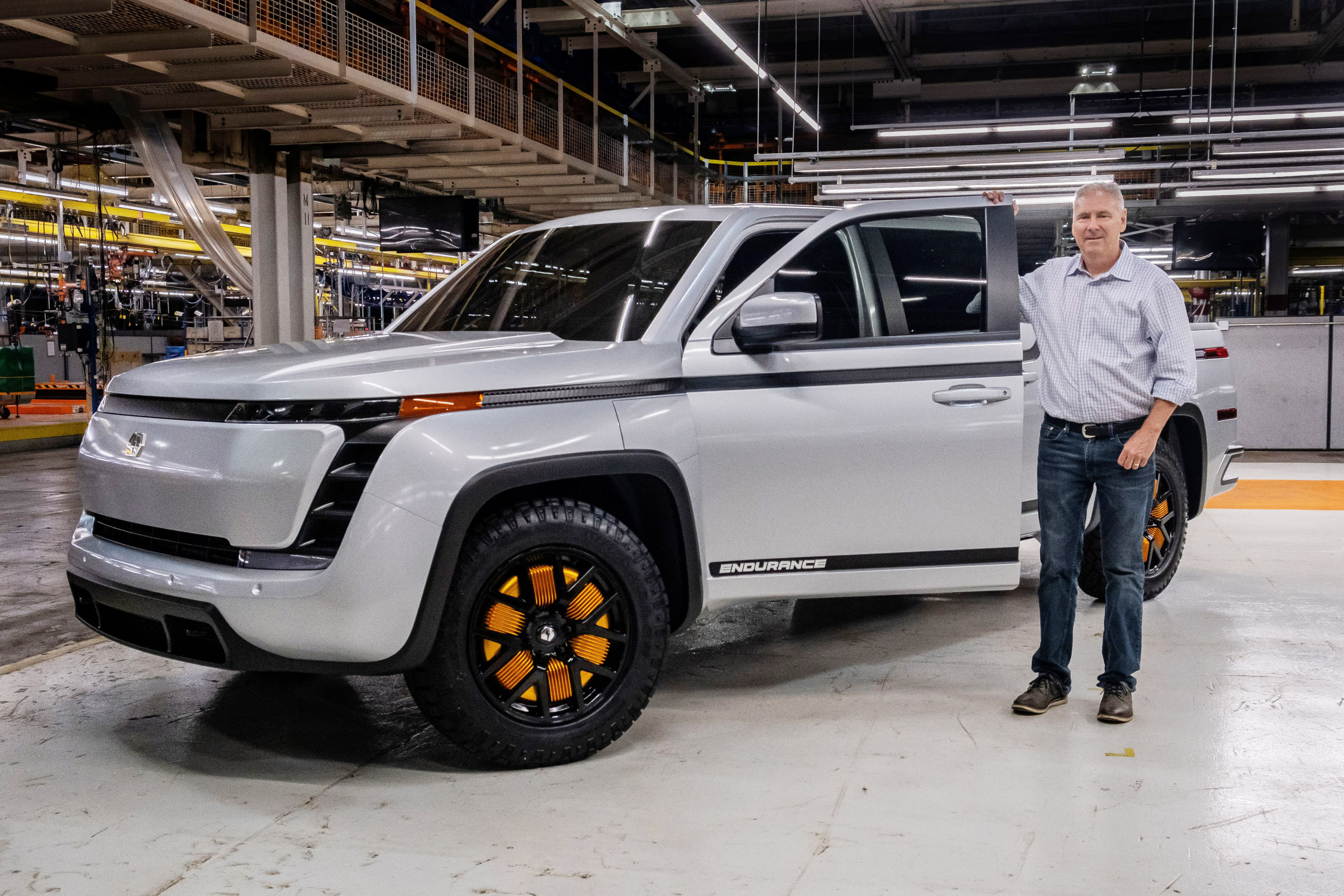 Lordstown Motors Corp Chief Executive Steve Burns poses with a prototype of the electric vehicle start-up’s Endurance pickup truck, which it will begin building in the second half of 2021, at the company’s plant in Lordstown, Ohio, U.S. June 25, 2020.Lordstown Motors | ReutersElectric vehicle start-up Lordstown Motors said early reservations for its all-electric Endurance pickup were strong and that it plans to double hiring by the end, sending shares of the company up by as much as 13% Monday morning. The company said it has received about 50,000 non-binding production reservations for the vehicle, which is tailored for commercial buyers rather than individual owners. The average order size of the reservations is approximately 500 vehicles, according to a press release.Shares of Lordstown calmed down a bit but still held on to most of those gains, rising by about 8% to $19.30 a share in morning trading. The company has a market cap of $3.2 billion. It went public through a special purpose acquisition company, or SPAC, last month. Lordstown’s stock has been volatile since going public – ranging from $12.80 to $21.75 per share since Oct.26.”We continue to make significant progress across all fronts, and we are excited to reveal these developments with the investment community and future customers today,” Lordstown CEO Steve Burns said in a statement.Lordstown said deliveries of the Endurance are expected to begin in September 2021, with full production ramping up throughout 2022. The company expects to produce 40 to 50 new, or “beta,” prototype vehicles beginning in early 2021. The trucks will be used for crash, engineering and validation testing, according to Lordstown.The company said it is in the process of doubling its employees to 500 by the end of this year, followed by 1,500 people by the end of 2021.Ohio-based Lordstown is among a growing group of electric vehicle start-ups going public through deals with SPACs, which have become a popular way of raising money on Wall Street because they have a more streamlined regulatory process than traditional initial public offerings. SPAC stocks typically get an initial pop after the deal is announced but tend to underperform the broader market in the long run, according to Goldman Sachs.