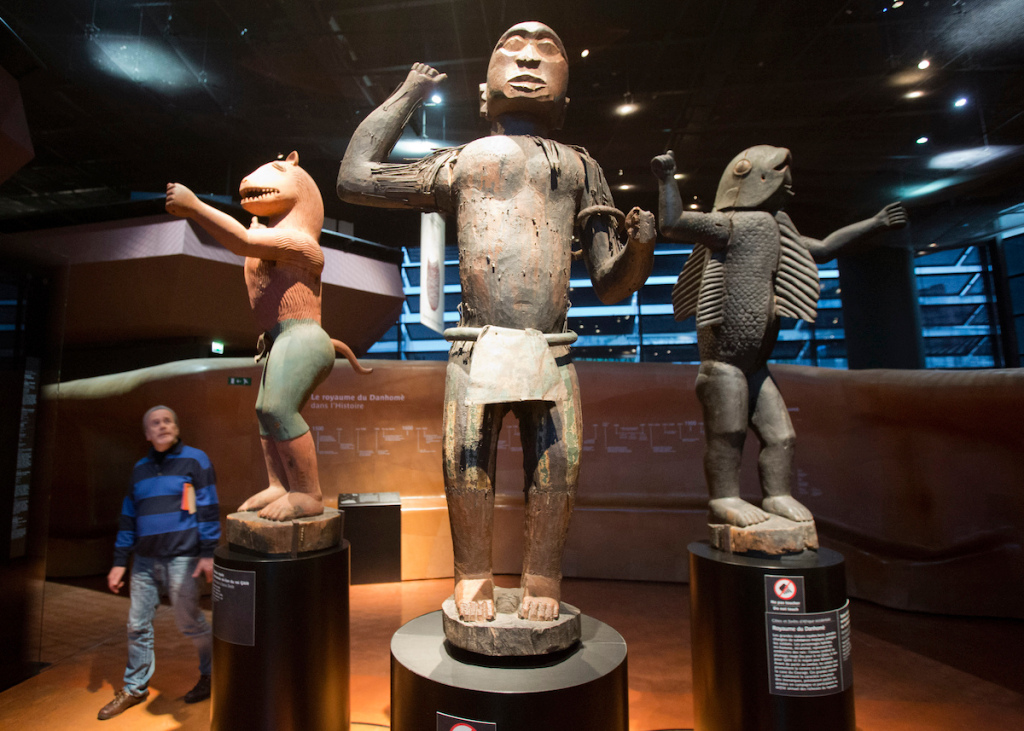 A potentially history-making repatriation deal that would see France return 27 objects to two African countries was nearly blocked this morning after high-ranking politicians failed to agree on it.
On Thursday, the French Senate blocked a bill that would bring 26 statues back to Benin and a sword from West Africa to Senegal. Then, the National Assembly, which has the power to rule on matters on which the Senate cannot reach a consensus, decided that the plan must move forward, putting France on track to repatriate the objects within a year.

The Beninese statues had been looted by the French military during the 19th century, and they are currently held by the Musée du Quai Branly–Jacques Chirac in Paris, an institution that has been a frequent target of activists focused on colonialism and repatriation. The sword is on loan to the Museum of Black Civilizations in Dakar from France’s Army Museum.

Earlier this year, both chambers of French Parliament had voted unanimously to send the 27 objects back to Africa. But senators went back on that decision after a joint committee could not agree on a method by which to return the objects, saying that a “better scientific framework” was needed in order to facilitate their repatriation. (Another point of contention was the use of the word “repatriation” in the drafted law, with some senators calling for the term “return” be used instead.)
The senators also reportedly took issue with a planned restitution of the crown of the last queen of Madagascar to the country. That repatriation, which was being negotiated via diplomatic channels, was called off after some senators—in particular right-wing ones, according to the French-language outlet RFI—claimed that Parliament needed to be consulted before allowing the object—and others like it—to leave France.
Repatriation debates have reached a fever pitch in France in the past several years, where activists have protested the country’s perceived unwillingness to follow through on promises to return plundered objects to Africa. A 2017 survey known as the Savoy/Sarr report set a precedent when it recommended that France begin the process of repatriating such artifacts. Though French President Emmanuel Macron said he planned to adhere to the report’s advice, few objects have been returned thus far.

That the bill was nearly blocked on Thursday is a sign that resistance to repatriation in France is still strong. Some activists have grown more forceful in their attempts to raise awareness for the colonialist history of museums in Europe. In France, activist Mwazulu Diyabanza has led several high-profile protests that involved removing African objects from the Quai Branly, the Louvre, and other institutions, and attempting to bring them outside their walls. He successfully avoided a prison sentence for the Quai Branly protest and now faces trial for the Louvre action.