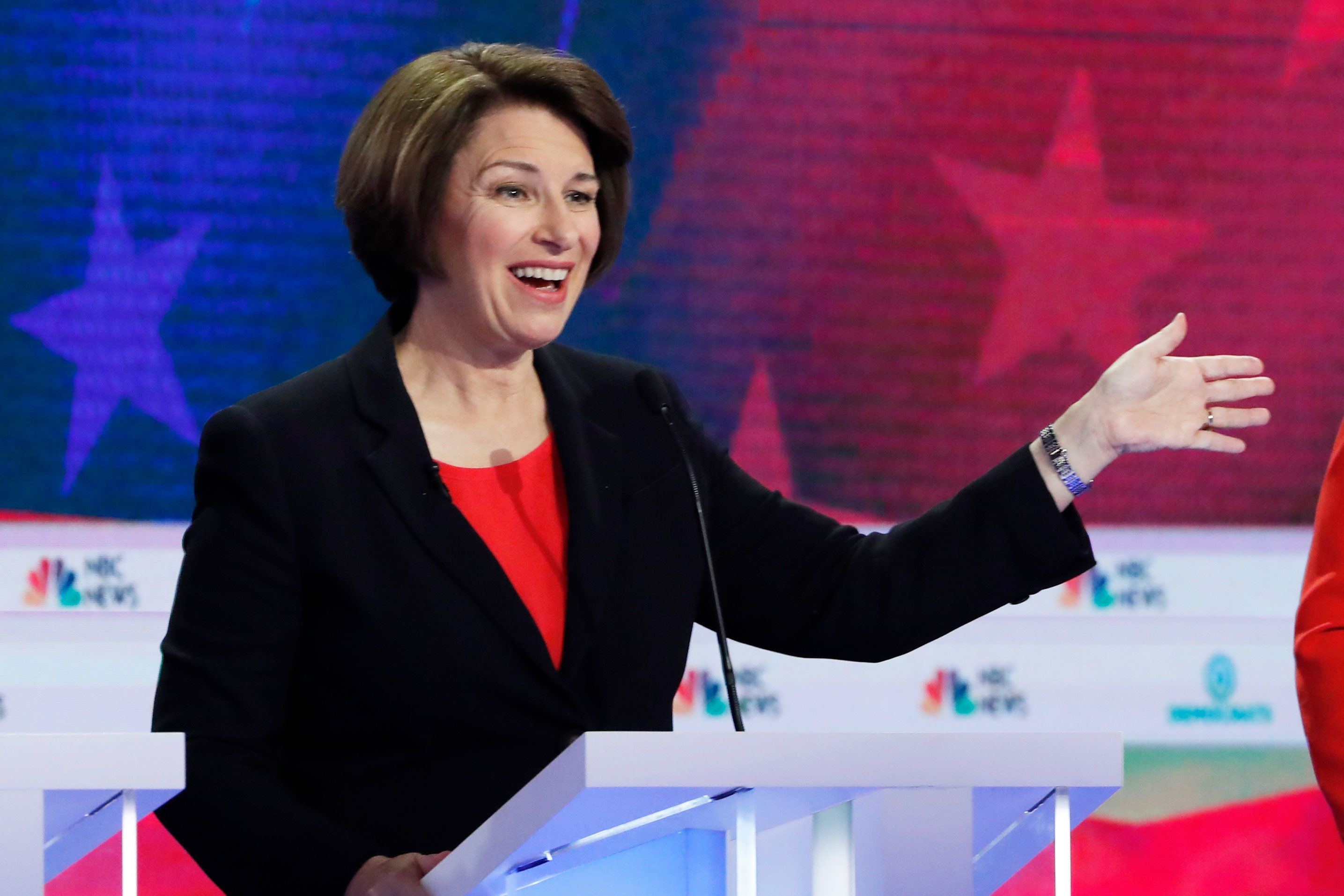 The Minnesota senator slammed Trump for failing to deliver on his promise to lower prescription drug prices, and for permitting what she called “giveaways” to pharmaceutical companies.

“The president literally went on TV, on Fox, and said that people’s heads would spin when they see how much he would bring down pharmaceutical prices,” Klobuchar said from Miami, Florida. “Instead, 2,500 drugs have gone up in double-digits since he came into office. Instead, he gave $100 billion in giveaways to the pharma companies.”

However, the number of drug price increases of 10% or more since Trump entered office is actually closer to 1,596, according to Michael Rea, a clinical pharmacist and founder of Rx Savings Solutions. Rea, analyzing public disclosures of price increases, said that number also includes price increases for the same drug in different doses and package sizes.

Spending on prescription drugs in the U.S. increased 0.4% in 2017 to $333.4 billion, according to the latest data from the Centers for Medicare and Medicaid Services. High prescription drug costs have become a rare bipartisan issue with lawmakers on both sides of the aisle demanding changes. Trump has made lowering prices one of the key issues of his administration as health care remains a top issue for voters in the 2020 elections.

During the debate, Democratic candidates also pledged to make opioid companies criminally liable and clashed over “Medicare for All,” which calls for eliminating private health insurance and replacing it with a universal Medicare plan.

Microsoft is cashing in on IPO of Adaptive Biotechnologies
Airbus pushing ahead in tech as it aims for single-pilot planes: CTO
To Top
error: Content is protected !!