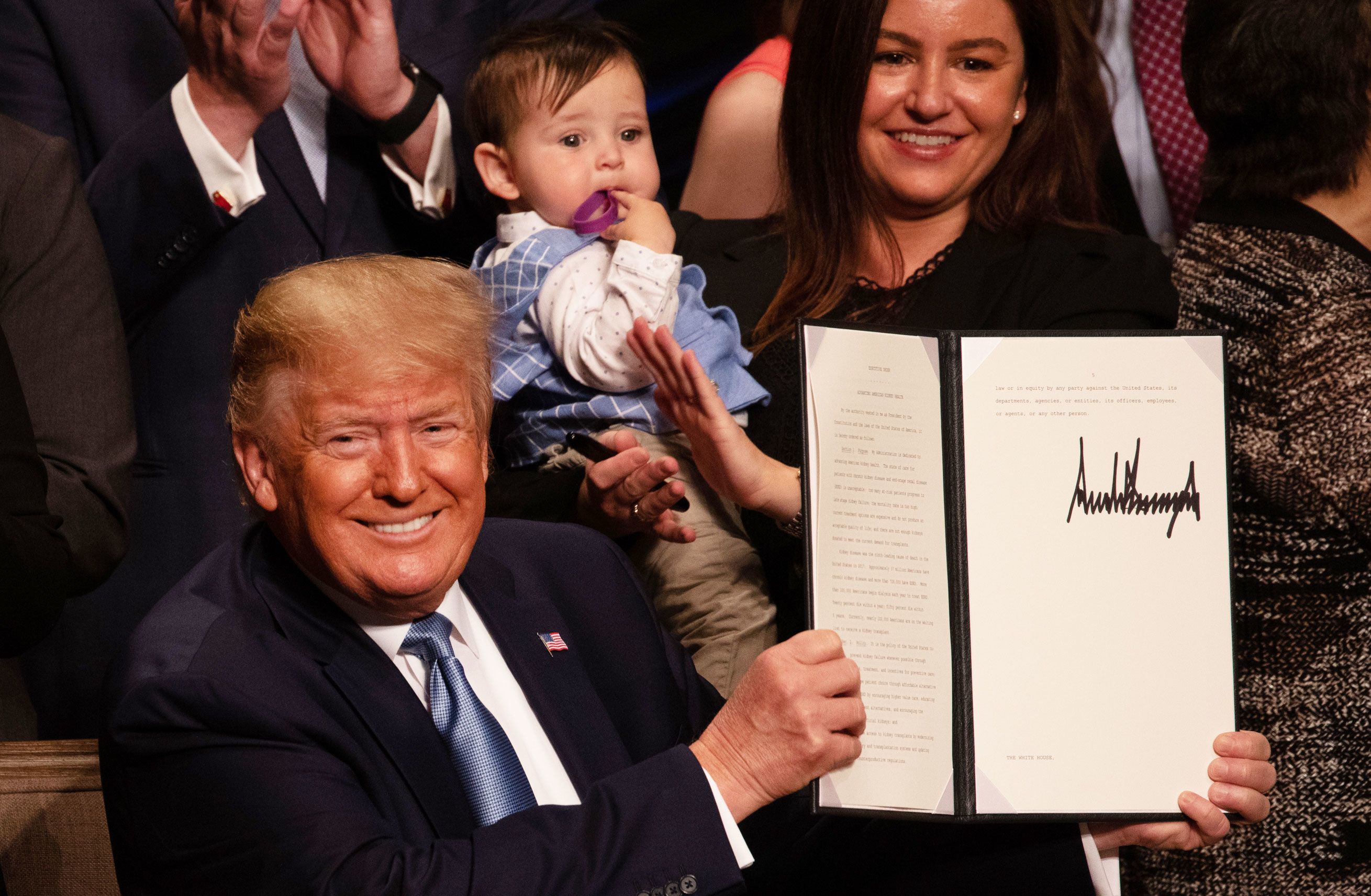 President Donald Trump’s executive order to transform kidney care lays out ambitious goals for shifting 80% of patients currently on kidney dialysis out of high-cost clinic settings to more convenient and cost-effective home care by the end of the next decade.

Yet the details of the proposal for achieving that goal appear to be far less threatening to the major dialysis providers than initially feared by many investors.

“The encouragement to build out home [dialysis] and the penalty for not building out is not as great as we thought would be necessary to spur that to quickly change behavior,” said Chris Meekens, health policy research analyst at Raymond James.

The executive order proposes a 3% increase in home care dialysis reimbursement in the first year of a voluntary Medicare demonstration program, starting in 2020, but that extra boost would phase out over the three-year course of the initiative.

Shares of Davita, which fell by more than 5% after the news of the pending order broke Tuesday, rebounded Wednesday. The stock closed up by 4% Wednesday to $54.65 a share. U.S. traded shares of Fresenius Medical Care gained 2.5% Tuesday, closing at $38.41, after dropping by 5% Tuesday.

Combined, Davita and Fresenius control more than 80% of the kidney dialysis market with the largest share of their revenues and profits coming from their dialysis clinics.

Davita issued a press release late Tuesday praising the administration’s kidney transplant and dialysis initiatives, and pledged its support, noting that the company is also the largest provider of home dialysis in the U.S.

“We will continue to work with the administration and Congress to launch programs that address broader care opportunities,” Davita CEO Javier Rodriguez said in a statement.

There is growing demand from kidney disease patients for more convenient dialysis treatment at home.

“It’s a little bit of work to do dialysis on your own, but the energy levels that I’ve gotten ever since I’ve done that” are worth it, says Erich Ditschman, a dialysis patient from East Lansing, Michigan, who attended the kidney care announcement in Washington. He said he hasn’t been to a dialysis center in 13 years, which he says has given him more flexibility to work and to travel.

The dialysis clinic giants now treat about 13% of their patients at home, and say they are moving to expand that business. Davita has said it wants to double its home dialysis business, so that at least 25% of its patients receive home treatment by 2025.

Rival Fresenius has said it plans to double its home dialysis business by 2022. Toward that end, Fresenius completed its acquisition of dialysis device maker NxStage for $2 billion this year.

Even before the administration’s announcement, a number of competitors have already set their sights on growth in the home dialysis market.

CVS Health launched a kidney care initiative this spring focused on prevention and management of chronic kidney disease, and the company says it is working on getting FDA clearance for its own home hemodialysis machine.

“It’s cloud connected so that the nephrologist, our care team, the nurses are all able to connect to the dialysis experience and know how complete the dialysis was, ” Alan Lotvin, an executive vice president at CVS, told investors at the company’s analyst day in June.

Baxter is currently undergoing a clinical trial of its new home system, according to analysts at Raymond James. It could launch in late 2020.

The administration believes new policies aimed at paving the way for more kidney transplants could boost the number of transplants from 20,000 a year to 47,000 annually.

Shares of transplant diagnostic firm CareDx jumped 9% following initial reports of the announcement Tuesday and another 2.5% Wednesday, soaring 11.6% over the last two days.

Raymond James analyst John Hsu, raised his price target on the stock Wednesday, saying “we anticipate a positive tailwind for the organ transplants” from the executive order, though he expects it will be more modest 13% to 15% increase starting in 2020.