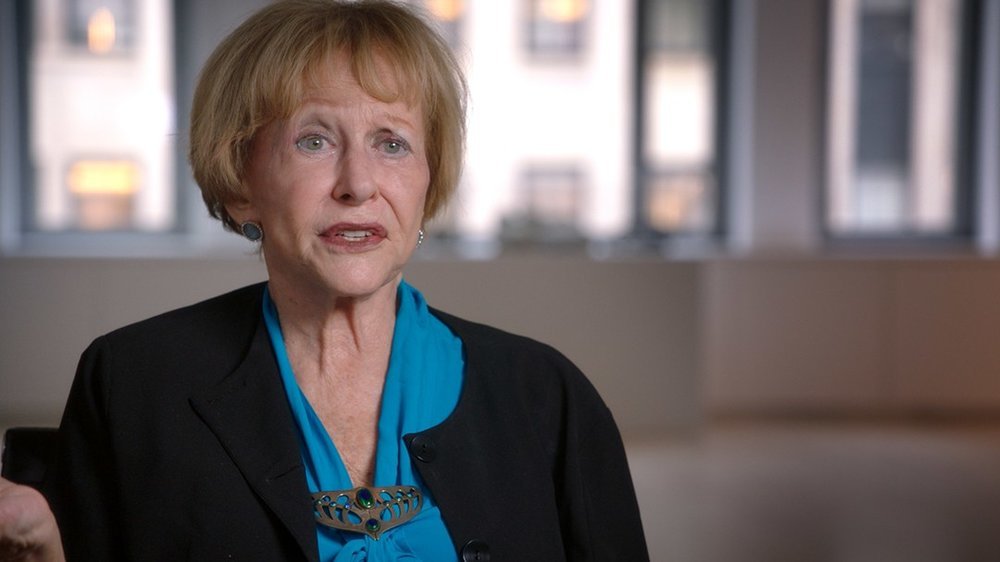 Barbara Rose, a critic and curator whose writings and exhibitions changed the way historians told the story of postwar art in the U.S., has died. She was 84. Phyllis Tuchman, an art critic and a friend of Rose, confirmed Rose’s death and said she had been suffering from cancer.
Rose is closely identified with the New York art scene of the 1960s, whose artists she regarded with suspicion because they so severely diverged from traditions laid out in the years before. But she had a more diverse set of interests, having advocated in particular for painting—a medium which many at the time claimed was dead—for a large part of her career.

For many, Rose’s defining piece of writing is “ABC Art,” which appeared in a 1965 issue of Art in America. In it, she endeavored to pinpoint a new artistic trend—a “sensibility,” not a style—that was predicated on repetition and an overall denial of visual pleasure and creativity. This, she said, was in part a reaction to Abstract Expressionism, whose artists strove for individualism and originality, and it was evidenced in the plainspoken dances of Robert Morris and the pared-down sculptures of Donald Judd.

Identifying this push toward coldness and irony, Rose wrote, “If, on seeing some of the new paintings, sculptures, dances or films, you are bored, probably you were intended to be. Boring the public is one way of testing its commitment.”
Some have claimed that Rose’s essay helped usher in Minimalism, the style now associated most closely with Judd, Dan Flavin, Richard Serra, Carl Andre, and others. In a 2017 article, Artspace labeled “ABC Art” one of the essays that changed art criticism forever. But Rose denied that her essay had had such an impact.
“The only thing anybody knows about me is that I wrote that article with the title I didn’t give it, which was ‘ABC Art,’ and then everybody insisted that I invented Minimal art,” Rose told Artforum in 2016. “Well, that is seriously wrong. I don’t invent art movements. I just notice coincidences, and those coincidences began to make sense to me as a worldview, which the Germans call weltanschauung.”
Much of Rose’s output in the decades following “ABC Art” was focused on painting. In 1979, when most critics presumed that painting had reached a dead end, Rose curated the exhibition “American Painting: The Eighties” at New York University’s Grey Art Gallery. (It later traveled to the Contemporary Arts Museum Houston in Texas and the American Cultural Center in Paris.) With 41 artists included—Susan Rothenberg, Ron Gorchov, Elizabeth Murray, and Lois Lane among them—the exhibition was meant to be a forward-looking survey showcasing the medium’s continued relevance.

In the catalogue essay for the show, Rose described having grown fed up with conceptual art, video, and photography, which she claimed exhibited “a retarditaire ‘return to realism.’” Instead, she was staking a claim for a return to “quality.”
Critics lambasted the show. New York Times critic Hilton Kramer said the art on view looked like “Abstract Expressionism with a college education.” Hal Foster wrote in Artforum, “Whatever its faults, the show is adamantly pro-painting; and it comes as a reply to those who have doubted its integrity for some time. One feels, however, that serious ambition is lacking somewhat here.” But Rose, never one to grow beleaguered in the face of attacks from her colleagues, persisted—and even reprised the show’s conceit more than 10 years later, in a similarly named exhibition subtitled “The Nineties” that opened at New York’s André Emmerich Gallery in 1991.
Barbara Rose was born in 1936 in Washington, D.C. She attended Smith College for her undergraduate degree and later received a Ph.D. in art history from Columbia University. She was married several times, once to artist Frank Stella, whom she wedded in 1961 and divorced in 1969. (In a chronicle of her four marriages for the Cut in 2019, she said, “I was married four times to three husbands—50 years later, I remarried my first husband. It’s bizarre, isn’t it?” At the time of her death, she was still married to Richard Duboff.)

Rose’s fame grew in the ’60s as she began penning fiercely critical essays for publications including Artforum, for whom she wrote a multipart diatribe attacking the idea that art and criticism had revolutionary potential. She also addressed the late-career paintings of Georgia O’Keeffe and John Chamberlain’s sculptures.
Starting in 1965, she served as a contributing editor for Art in America, and in 1966, she became arts editor of Vogue. In 1967, she published the book American Art Since 1900: A Critical History. And during the ’70s, she served as a critic for New York. All the while, she had become a crucial member of the New York art world, attending the opera with Andy Warhol and counting Carl Andre among her close friends.
At one point in her career, Rose’s ambitions took her into the museum world. In 1981, she was appointed curator of exhibitions and collections and the Museum of Fine Arts Houston. Her time in that role came with a few lauded shows, including a retrospective devoted to Lee Krasner—“one of the significant painters of the 20th century,” she once said—that went on to travel to the Museum of Modern Art in New York, the San Francisco Museum of Modern Art, the ChryslerMuseum in Norfolk, Virginia, the Phoenix Art Museum, and the Centre Pompidou in Paris. Another notable show was one devoted to a so-called “Houston School” of rising Texan painters; that exhibition went to the P.S. 1 art center in Queens, New York, as well. But her position at the MFA was not without controversy.
Initially, some accused Rose of conflicts of interest because the museum had acquired works from her husband (Jerry Leiber, at the time) and because she had ties to a prominent Houston dealer with connections to the MFA. Rose largely waved off the allegations. Yet her time there was short-lived. In 1984, she became outspoken about the lost potential of the Houston art scene and then resigned.
Rose continued to maintain that spirit well into the later stages of her career. In 2018, she appeared in the documentary The Price of Everything, alongside the likes of artist Jeff Koons and collector Stefan Edlis. Of the art market’s rapid ascent over the past half-century, she said, “It’s sick.”
And in 2016, on the occasion of an exhibition devoted to Belgian and American painters that appeared at the Vanderborght and Cinéma Galeries/the Underground in Brussels, she wrote, “Minimal reductiveness can now be seen for what it is: a transitional step in the history of art, one necessary in order for painting to gain new freedom in favor of the play of the imagination.”