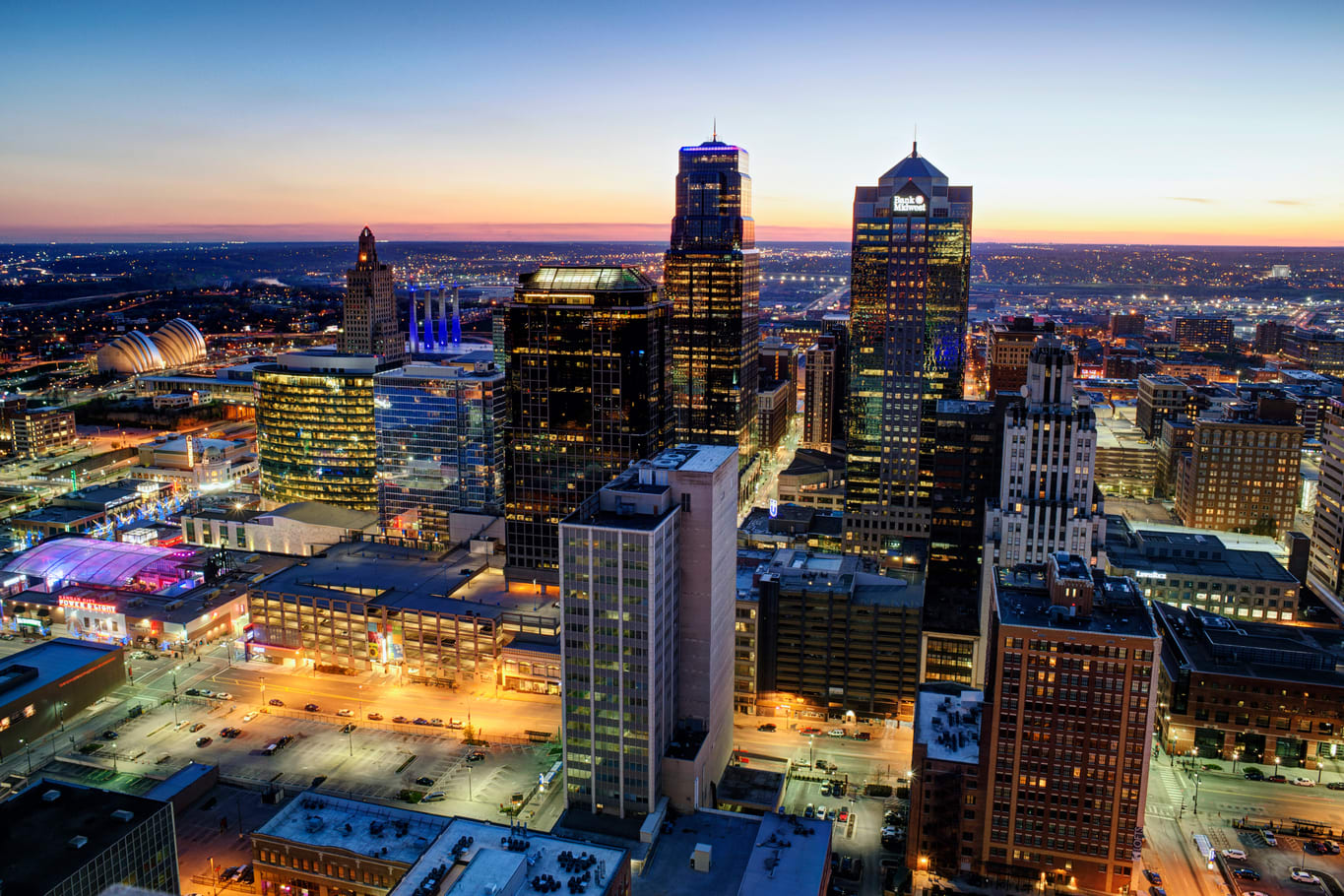 Kansas City is well-known for its tangy barbecue, its jazz and blues history and its more than 200 fountains, some of which date back to the days when horses were said to outnumber people in the city.”The American Humane Society began putting water troughs at every corner to keep the horses hydrated and, over time, the fountains became more ornate and more popular,” said Derek Klaus of Visit KC. “Now the City of Fountains Foundation maintains a database of more than 215 local fountains.”Today, the City of Fountains is cosmopolitan, yet authentic. While $10 billion worth of investment has been poured into the region, this city of more than 2 million people still treasures its easy-going Midwestern vibe.”Kansas City is at the heart of American creativity — a home for arts, culture and innovation,” said Tim Cowden, CEO of the Kansas City Area Development Council.As the home to major companies such as Garmin, Sprint, H&R Block, Cerner, Hallmark Cards and Russell Stover Chocolates, plenty of business travelers find themselves swinging through the city for work.”Visiting business travelers are always impressed by our thriving downtown, which includes a streetcar, galleries and dining options ranging from world-class BBQ at Jack Stack to cocktails at the Monarch Bar and whiskey tasting at the J. Rieger Distillery,” Cowden said.If you’re in town for a business trip with just a few hours to spare, we’ve gathered some tips to help you make the most of your off-duty hours.DowntownNelson-Atkins Museum of ArtSource: Visit KCIf a downtown meeting wraps up early, head over to the Nelson-Atkins Museum of Art, which is a short walk or Uber ride from the Plaza (officially, Country Club Plaza), a 15-block shopping, dining and entertainment district dotted with fountains.Admission is free to the museum’s permanent collection and many of its temporary exhibitions, so it’s easy to stop in for a short tour of some of the museum’s vast holdings. For a quick bite, the museum has a restaurant and coffee shop and is open on Thursdays and Fridays until 9 p.m. There’s even a happy hour on Thursday evenings starting at 5 p.m.Jack stack BBQSource: Visit KCBack on the Plaza you can take care of that age-old question: “What did you bring me?” The Made in KC Marketplace on the Plaza carries work by more than 200 area artists, designers and makers and has both a cafe and a bar.And since you’re in Kansas City, you might want to tuck into some world-class Kansas City barbecue, known for the thick, rich tomato sauce lathered on during and after the cooking process.”We slow-smoke our barbecue for several hours — sometimes up to 18 — for that ‘low and slow’ Kansas City technique,” said Derek Klaus of Visit KC.One of five branches of Fiorella’s Jack Stack Barbecue is on the Plaza as well. And if that’s not enough barbecue for you, the KC BBQ Experience app leads you to 100 more BBQ spots around town to explore between meetings.If you haven’t changed out of your business attire and fancy an after-meeting cocktail in an opulent setting, stop into The Monarch Cocktail Bar & Lounge, in the West Plaza district. The drinks take their inspiration from the flight paths of the Monarch butterfly from Canada through the U.S. Midwest and into Mexico, sometimes pairing whiskeys and rums with citrus flavors and fresh fruits.Jazz and baseball history – plus a great selfie spotNegro Leagues Baseball MuseumSource: Visit KCKansas City’s downtown 18th and Vine historic district is home to both the American Jazz Museum and the Negro Leagues Baseball Museum, and they are conveniently co-located in the same building.The American Jazz Museum has listening stations and displays memorabilia and personal items that tell the stories of jazz legends. Don’t miss a rare treasure: Charlie Parker’s Grafton saxophone.The museum’s Blue Room Jazz Club hosts live music four times a week, with several early shows that shouldn’t interfere with those morning meetings.The Negro Leagues Baseball Museum features photographs, historical artifacts and interactive computer stations that document the story of the players and the teams from after the Civil War through to the 1960s. A mock baseball diamond with 10 life-size sculptures of the league’s greats is a popular centerpiece exhibit.Two blocks away is the Paseo YMCA, the founding site of the Negro Baseball Leagues in 1920. The building is on the National Register of Historic Places and outside there’s now a small baseball diamond where you can run the bases and take a photo in front of a large mural portraying Satchel Paige, Jackie Robinson, Buck O’Neil and other Negro Leagues players who also played in the major leagues.Wonders from down underIf you’ve finished your meetings and have a late afternoon or early evening flight, try one of these bonus attractions located not far from downtown.The KC Streetcar is free to ride and will take you from downtown to the historic River Market area, and its year-round weekend farmers’ market.The River Market is also home to the Arabia Steamboat Museum, which houses the world’s largest collection of pre-Civil War artifacts.The fully loaded Steamboat Arabia sank on the Missouri River in September 1856. The steamer lay beneath the water for decades. But with erosion, the river chaged course and a century later, the Arabia and its 60 tons of still-intact cargo was dug up from beneath a Kansas cornfield in 1988. The recovered treasure is on display. It includes everything from dishware and fine jewelry to guns, toys and still edible food.Pickles at Steamboat Arabia MuseumSource: Harriet BaskasFor history with a twist, Uber over to the J. Rieger & Co. in the East Bottoms neighborhood, which celebrates the resurrection of a local distillery with roots dating back to 1887.In addition to daily distillery tours (samples included), the site houses The Monogram Lounge (cocktails, coffee and small plates) and the swank Hey! Hey! Club. Bonus: Anyone is welcome to take a ride on the 40-foot indoor slide.