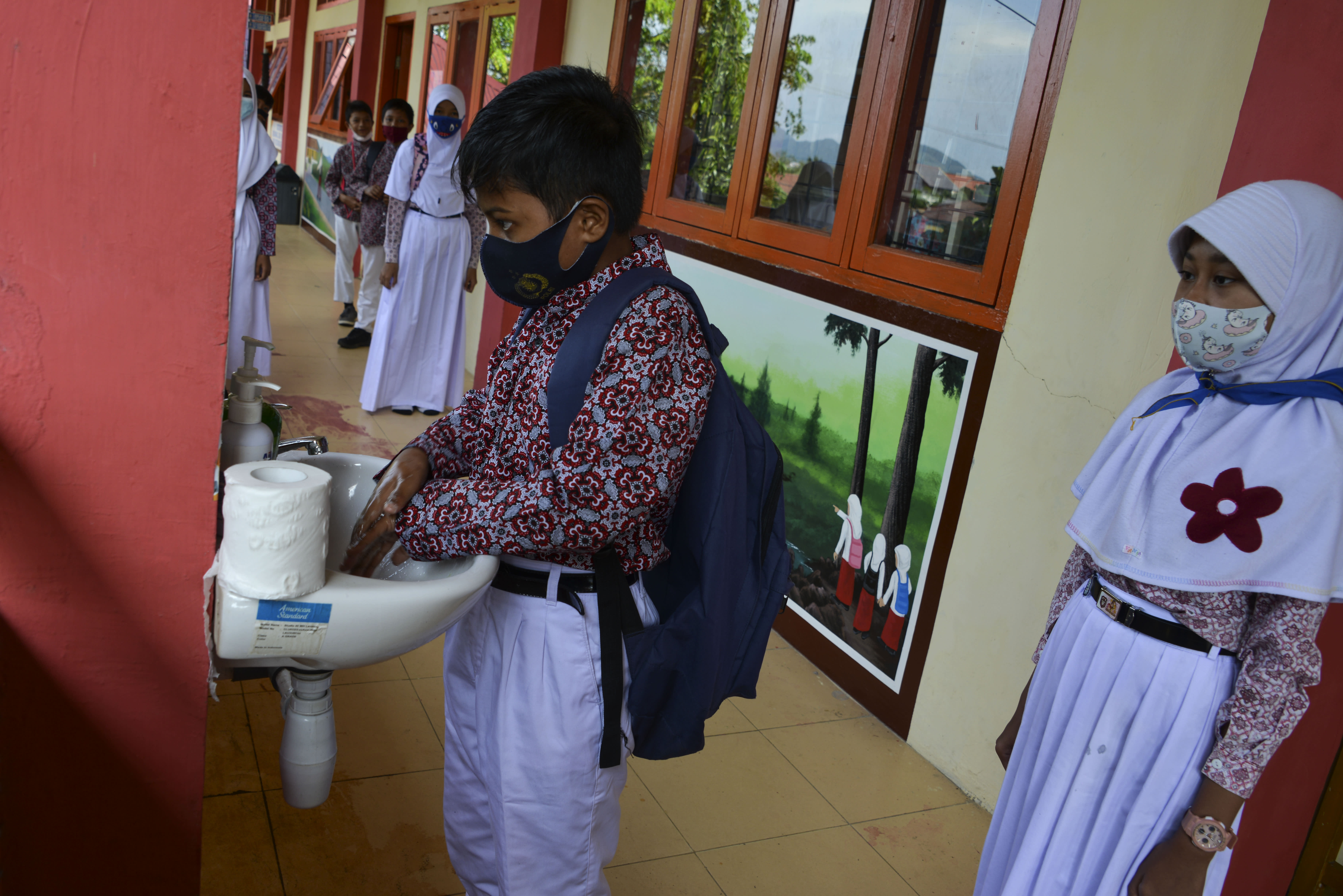 SINGAPORE — JPMorgan is positive on the outlook for Indonesia, even though the country is still struggling with surging Covid infections, with the number of cases crossing one million recently.The country’s young population is part of the reason behind that optimism, said James Sullivan, who is head of Asia ex-Japan equity research at the investment bank.”Demographically Southeast Asia is very different from some of the developed countries that we tend to compare these countries to,” Sullivan told CNBC’s “Squawk Box Asia” on Wednesday.In 2015, the median age of Indonesia’s population was 28.5 years, according to Statista.”Because they’re so much younger, they tend to deal with the mortality side of this conversation significantly better than some of the older, developed economies,” he said. “That’s a very important distinction as we think our way through this.”As a result, lockdowns in such countries “may not be as necessary” — compared to places with a significantly older population that are at higher risk from Covid-19, the analyst said.India as an exampleTo illustrate his point, Sullivan used the example of India, a country that’s second only to the U.S. in terms of the number of Covid infections globally, according to data compiled by Johns Hopkins University.”There were long conversations regarding the infection rates in India up until about August of last year,” he said, adding there were “very dire predictions” about the pandemic’s impact on the Indian economy.Those fears surrounding India appear to have been unrealized, as the daily number of Covid cases in the country has since come down significantly. Analysts have also said its economic recovery has been stronger-than-expected.Still, Indonesia has recorded the most number of Covid-19 cases in Southeast Asia so far, according Hopkins’ data.As of Wednesday, Indonesia recorded more than 1.11 million coronavirus infections while at least 30,770 people have died from Covid-19, information from the country’s ministry of health showed.Other factorsIn addition to Indonesia’s relatively young population, JPMorgan is also seeing “positive efforts” to spur growth in the overall Indonesian economy, Sullivan said.The government is pushing for an investment fund known as the Indonesia Investment Authority, with reports suggesting that Indonesian President Joko Widodo is looking to raise as much as $100 billion in funding.Sullivan also added that there’s been a “significant pickup” in manufacturing, particularly in the export sector. Furthermore, the JPMorgan analyst also cited the government’s efforts on the vaccine front as another reason behind his positive outlook.Indonesia kicked off a Covid-19 vaccination program in January that was described by Reuters as one of the world’s largest campaigns. The country’s Finance Minister Sri Mulyani Indrawati recently told CNBC that it will take at least a year for Indonesia to reach “herd immunity” — which occurs when a large proportion of the population becomes immune to the disease.— CNBC’s Yen Nee Lee contributed to this report.