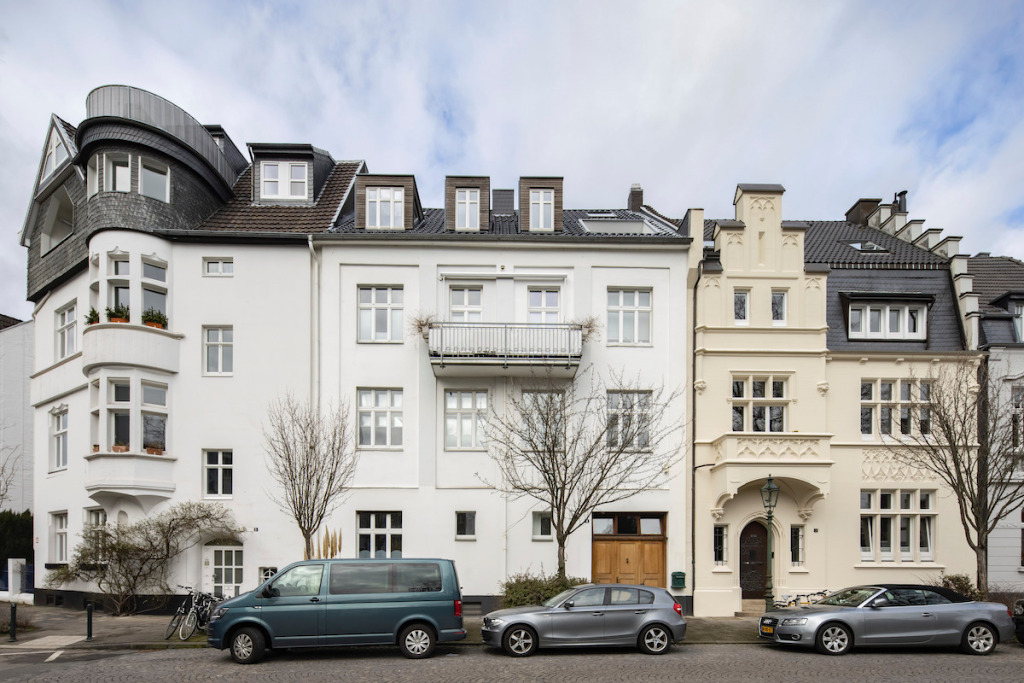 On the centennial of the artist’s birth, Joseph Beuys’s home and studio in Düsseldorf has landed on the market. The German real estate firm Engel & Völkers, which is overseeing the sale, has not disclosed a price on its website for the property at Drakeplatz 4, located in one of the city’s ritziest neighborhoods.
The property still includes elements that speak to the artistic career Beuys once led there, albeit in somewhat oblique ways. On site are rose bushes he once maintained and a marble table that the artist made. Beuys lived there with his wife Eva from 1961 until his death in 1986, and the Beuys family sold it to its current owner in 1999, according to the German outlet Monopol.

Though the hallowed grounds once played home to art historically important works and people—Andy Warhol once visited—neither the city of Düsseldorf nor the state of North Rhine-Westphalia will attempt to purchase the home. In a statement to the German press agency dpa, the Düsseldorf culture department said that the home “unfortunately shows hardly any traces of Joseph Beuys that would allow insight into his way of life, work, or his artistic goals.”
Still, Engel & Völkers has attempted to market the 2,690-square-foot home as a property that contains signs of Beuys’s life and work. “The creativity and genius of Beuys can be felt in every room,” Birgit Pfeiffer, managing director of Engel & Völkers said in a statement.
[Why Joseph Beuys’s mysterious art continues to inspire—and incense.]
During the postwar era, Beuys developed an oeuvre that placed a greater emphasis on ideas than art objects. With his sculptures composed of fat, felt, sleds, and other objects owing something to his own biography (or the myths he may have concocted as part of it), Beuys sought to question what role art played in society at large. An influential teacher and conceptual artist, he has periodically been the subject of controversy for his ties to Nazism during World War II.
Over the course of this year, various museums, including the Kunstsammlung NRW, the Kunstmuseen Krefeld, and the Bundeskunsthalle Bonn, will mount shows devoted to Beuys as part of an initiative to celebrate the 100th anniversary of his birth in 1921.