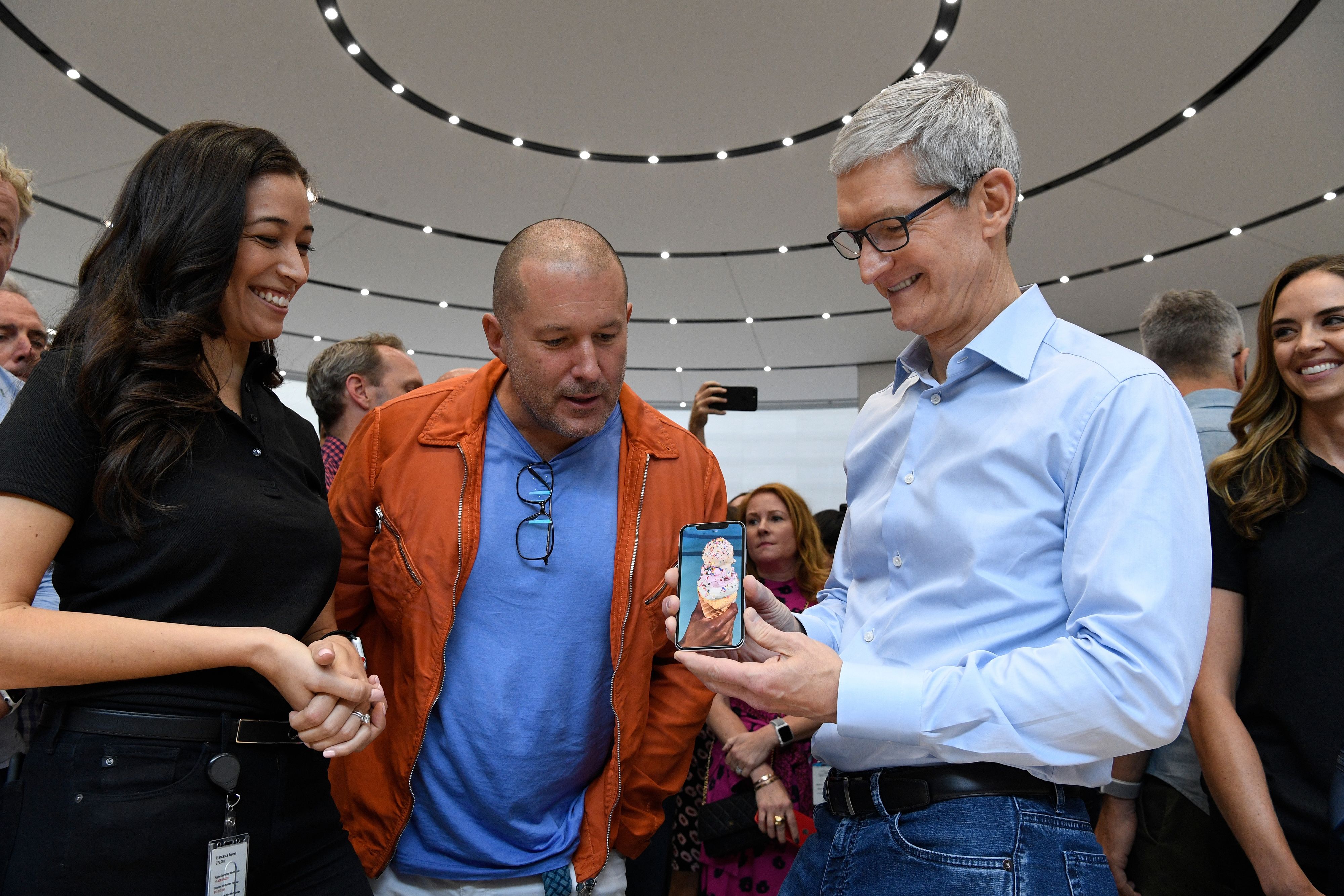 Over Jony Ive’s 27-year career at Apple, the industrial designer picked up a lot of additional responsibilities.

When Ive leaves Apple later this year as its outgoing Chief Design Officer, he leaves a job where he was responsible for all design across Apple, including its hardware, user interfaces, packaging, architectural projects and “new ideas,” according to his Apple biography.

But even as Ive became more critical to Apple, he always had a hand in the physical world, because that’s his background: industrial design.

Ive’s departure from Apple will not immediately impact its products. Apple still has talented designers, and it will continue to release iPhones. The planning process for a complicated device like those Apple makes takes about three years. It’ll be awhile before we start to see the first products from Apple that won’t have any input from Ive.

When Evans Hankey, vice president of Industrial Design at Apple and a longtime employee, takes over the design group, she will report to COO Jeff Williams, an executive best known for his operational skills, not his vision for product and design.

The subtle demotion of the industrial design group shows that Apple is increasingly emphasizing its online services, the power of its components and how its products seamlessly work together, as opposed to their design.

After all, the overall look and feel of an iPhone has only changed incrementally each year, and new models of Apple’s MacBook laptop sport the same general aluminum case as they have for the past few revisions. The goal of the design of most modern electronics is to disappear completely, driving focus to the screen. Ive and his team used to be tasked with designing revolutionary new products. Today, a lot of their output has become incremental updates to products that already exits.

Other consumer electronics companies regularly outsource industrial design work to a handful of firms. But for the past two decades, Apple did its industrial design in-house, under the watchful eye of Ive. Thursday’s announcement also means that Apple will soon outsource parts of its design because Ive is starting a new creative firm, with Apple as its client.

‘I loved drawing and making things’

: Sept. 2005: 1.5 ouncesDesigned to replace the iPod mini, the nano was the smallest MP3 player on the market when released. The nano was sold in two colors — white and black. A second generation was released a year later that had aluminum casing and came in five different colors.

When I saw Ive speak at an event in New York in 2017, I was struck by how little he seemed to care for day-to-day business concerns, and how much he cared about objects and how they were made.

“When you walk around the manufactured world, so much of it testifies to carelessness in human activity, in engineering, in aesthetics,” he said.

That’s what Ive did — sweat the little details, especially in Apple’s physical objects and how they’re manufactured, but not necessarily the strict numbers on a given iPhone’s bill of materials.

“I have a problem with numbers, and I don’t really have much interest been in — in business,” Ive said.

Before Ive, gadgets weren’t typically made out of aluminum shells carved out of single blocks. Laptops had tiny trackpads. Less attention was given to new case materials like stainless steel or gold alloys, which were used in the iPhone X and Apple Watch.

It’s difficult to determine how much Ive’s physical designs contributed to Apple’s 20-year streak of growth, versus Apple’s software or marketing, but the look of the products was a big part of Apple’s brand.

Apple products looked different than other products in stores. For example, iPods regularly came in vibrant colors and odd shapes and with new, sometimes experimental interfaces — the iPod Shuffle didn’t even have a screen.

Industrial design was Ive’s first team he was in charge of at Apple, and it was rooted in the physical, which is why Ive’s lab is loaded with cutting-edge manufacturing equipment. People make things there. He explained his eureka moment in 2017 and how it involved creating an actual model.

“I think you only really understand a material — its properties and attributes and, importantly, the opportunity the material allows — if you actually work it yourself,” Ive told Smithsonian. “And the most remarkable point in the whole process is when you make the first model. We might like it, we might not, but the first model you make, everything changes.”

That’s not how Cook usually describes the magic of Apple’s process.

He often falls back to a mantra centered around “only Apple, ” which emphasizes how Apple controls its hardware, software and online services.

“The most important things in Apple, one, a culture of innovation. This team is unbelievable in creating hardware and software and services and getting them all to work together. It just works,” Cook said in an interview with CNBC in January.

Increasingly, this mantra of the whole Apple experience over the individual product is showing up in Apple’s approach to business.

Last year, Apple said it would no longer disclose how many individual iPhones, Macs or iPads it sells. Executives said that number was less relevant to Apple’s business. Instead, Apple said that investors should focus on Apple’s base of hundreds of millions of users, and how much money the company can make from them.

Earlier this year, Apple held one of its famous media events, which generates a substantial amount of free marketing for the company. But Apple didn’t announce or release any new physical hardware or products, instead choosing to announce a credit card, video game bundle and streaming TV service. Even Cook said that it was “a very different kind of event,” given that Apple fans had come to expect new physical products at its events.

As Cook pointed out in a statement, Ive leaves behind a legendary team in the design group. However, three key members recently left, the Wall Street Journal reported earlier this year.

So Apple will continue to release products. Hardware accounted for 80% of the company’s revenue for the most recent quarter that figures are available. COO Williams is an operations expert, and given that industrial design is the process of creating products that can be manufactured at scale, he’s a logical executive to lead the group.

But Williams, unlike Ive, is obsessed with business and numbers. It’s what he specializes in.

With Ive’s exit, Apple no longer has someone obsessed with physical and manufactured on its executive team that reports to Cook, and that shift will eventually start to show in the products that Apple releases.