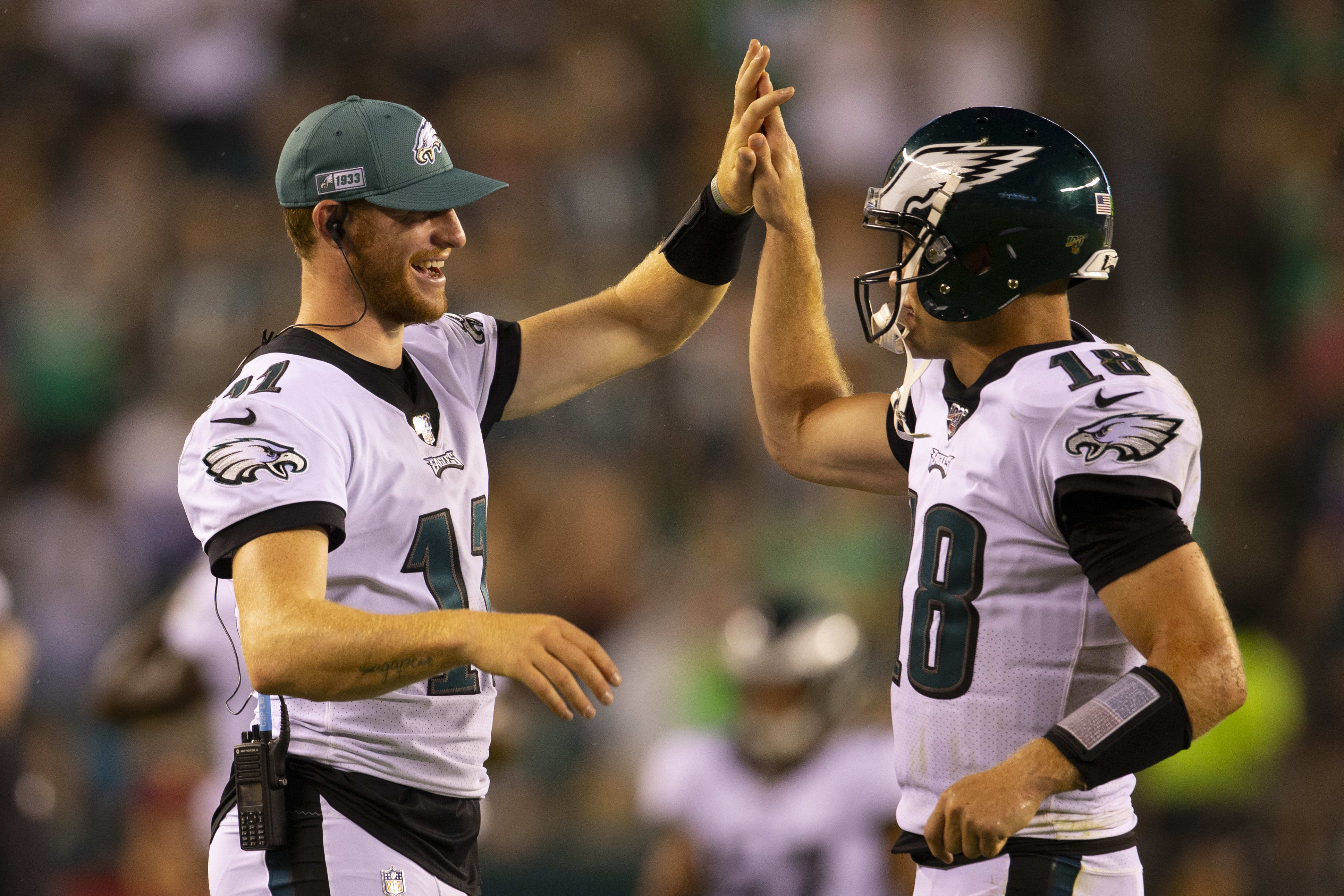 Both casual and avid sports fans have spent recent weeks jockeying for the top names in the NFL as they assemble, whether for fun or competition, their fantasy football teams.

Drafting football players and tracking their stats throughout the season is much like picking a portfolio of stocks and following their moves on the market, CNBC’s Jim Cramer said Thursday. His goal in this year’s annual fantasy stock draft is to help investors stay the course in a chaotic market environment.

“Managing a diversified portfolio of stocks has a lot in common with putting together a fantasy football team,” the “Mad Money” host said. “Different companies fill different roles.”

With the 100th season of the National Football League set to kick off Thursday evening, when the Green Bay Packers visit the Chicago Bears, Cramer revealed the top picks in his annual “Mad Money” Fantasy Stock Football Draft.

“When you’re building a diversified portfolio … you need to balance [a] mix of consistent winners, like great running backs in fantasy football, and more speculative growth names, like wide receivers,” he said.

Running backs are generally considered the most valuable assets in fantasy football. Cramer likened the top players in the position, whose multiple carries per game are relied on to rack up points every week, to technology stocks — “the kind of names you buy and you hold, rather than trying to buy and trade.”

Ezekiel Elliott, who landed a $90 million contract extension with the Dallas Cowboys earlier this week, is like Apple, “a classic bell cow running back for your portfolio,” Cramer said. The uncertainty swirling around the star rusher’s contract standoff with the Cowboys mirrored questions of whether Apple, whose AirPods and Apple Watch are now subjected to the latest round of tariffs, would be implicated in the U.S.-China trade war.

“I think investors who buy Apple into weakness will ultimately be rewarded,” Cramer said. “You just need to have some faith in [CEO] Tim Cook and the company’s service revenue stream, the same way I had faith in Zeke.”

In other tech picks, Cramer connected Microsoft, under the leadership of Satya Nadella, to the New York Giants’ Saquon Barkley and Amazon to the Carolina Panthers’ Christian McCaffrey.

Wide receivers are “boom or bust from week to week” in fantasy football, similar to the speculative names in cloud-based software, Cramer said.

Okta, the cybersecurity play whose stock is up nearly 100% this year, has been as consistent in beating expectations in its quarterly reports as the Houston Texans’ DeAndre Hopkins is in catching the football, the host said. The share price tumbled 2.9% Thursday, which the host said is a buying opportunity.

ServiceNow, the cloud-based software for managing workflow, is recovering from a fall after delivering a mild guidance in its July earnings report. The stock is off more than $33 from its 52-week high set earlier that month. Cramer compared the company to Julio Jones, the Atlanta Falcons receiver who is considering a contract extension.

“Personally, I think Jones and ServiceNow both represent opportunities here,” he said, “but you’ve got to be a believer if you’re going to bet on either one.”

Cramer also predicted that Odell Beckham Jr. will make a “comeback” in his first year with the Cleveland Browns. Salesforce.com, he said, is a pick comparable to the veteran wideout. The stock of the cloud pioneer is lagging gains in the S&P 500 this year, 12% to 18%, according to FactSet.

“Well, there should always be a place on your roster for a player like OBJ or Salesforce.com,” Cramer said.

The quarterback is the most important player on the field, but the position does not hold as much weight in the world of fantasy. Cramer said drafting a QB is “a lot like picking a retail stock for your portfolio,” comparing the risk-reward opportunity in Target to Kansas City Chiefs QB Patrick Mahomes.

Elsewhere on offense, Cramer suggested that T-Mobile is a good pick for tight end and Roku fits the flex position.

While defense and kickers are usually afterthoughts in drafting fantasy football squads, the “Mad Money” host said a gold stock such as Barrick Gold is a good pick for the former and Shopify for the latter.

“The next time you’re picking stocks, remember, a good portfolio looks a lot like a good fantasy football team,” Cramer said, “and I hope that reminds you how investing can be rewarding, interesting and lucrative.”

Why I’m staying away from most auto stocks