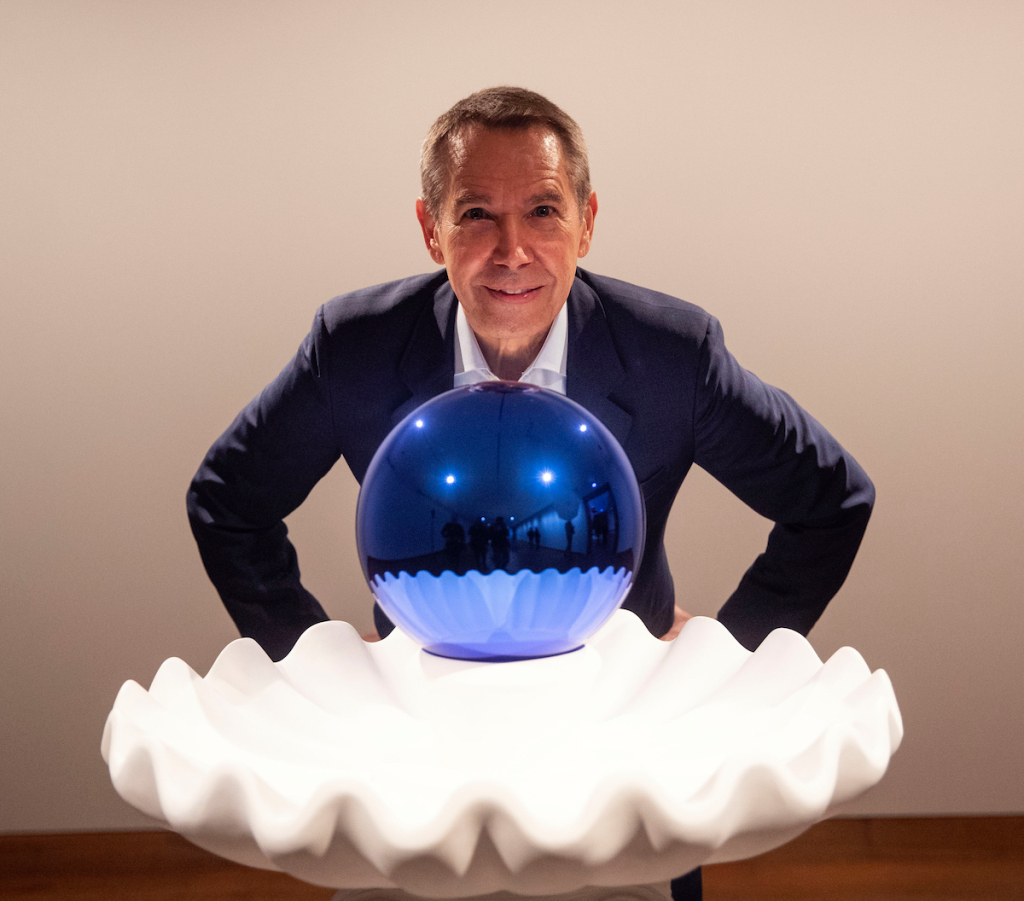 Jeff Koons, the world’s most expensive living artist, has departed two major galleries that have long represented him and joined one of their competitors. In a surprise move, Koons will now be exclusively represented by Pace Gallery, which has permanent spaces in New York, Hong Kong, Seoul, London, Palo Alto, and Geneva. He will no longer show with David Zwirner or Gagosian. The New York Times first reported the news on Monday evening.
Koons is widely known for his sculptures riffing on consumer objects and “low” art. Often containing a profane edge, these high-gloss works can be monumental in scale and have been known to command high prices. Koons’s auction record, set by the sale of his 1986 Rabbit sculpture in 2019, sits at $91.1 million. He has been the subject of numerous surveys and retrospectives, including one held at the Whitney Museum in 2014 that went on to travel to the Centre Pompidou in Paris and the Guggenheim Bilbao.

“Jeff changed the way we see the world around us and the way we understand our culture and ourselves,” Pace Gallery CEO and president Marc Glimcher said in a statement. “He perceived a cultural shift decades before any of us knew it was underway by propelling through the barrier of elitism that was ringfencing the art world.”
Although Koons’s work has been embraced by the market, it has been controversial among the general public and critics. A giant sculpture intended to memorialize the victims of a 2015 terrorist attack in Paris drew ire in France, and Koons has been the target of various lawsuits by artists alleging that he infringed on their copyright by appropriating their images.
There is a sense among experts that two recent now-settled lawsuits by collectors of his work suing over the alleged non-delivery of Koons’s work have put a damper on the artist’s market rise. “Koons’s market has softened,” dealer Robert Mnuchin said in a recent ARTnews talk. “I believe that’ll change, personally, because I think he’ll change.”
It is rare for an artist to defect from one mega-gallery to another, and the reasons for why one does vary. In 2015, for example, the Robert Rauschenberg estate left Gagosian to join Pace Gallery. Koons had shown with Gagosian since 2001 and with David Zwirner since 2013.

In the case of Koons, the artist had this to say in a statement: “Sometimes professionally in life we can find ourselves at a crossroads. Going through the last year or so and having the opportunity to reflect on what I would like to achieve with my life’s work in order to bring it to its fullest potential, I have decided that a change in the environment in which my work is viewed and supported would be a positive thing at this time.”

Koons’s first Pace show will be a single-work exhibition in Palo Alto. That will be followed by a 2023 New York solo show featuring a new body of work.