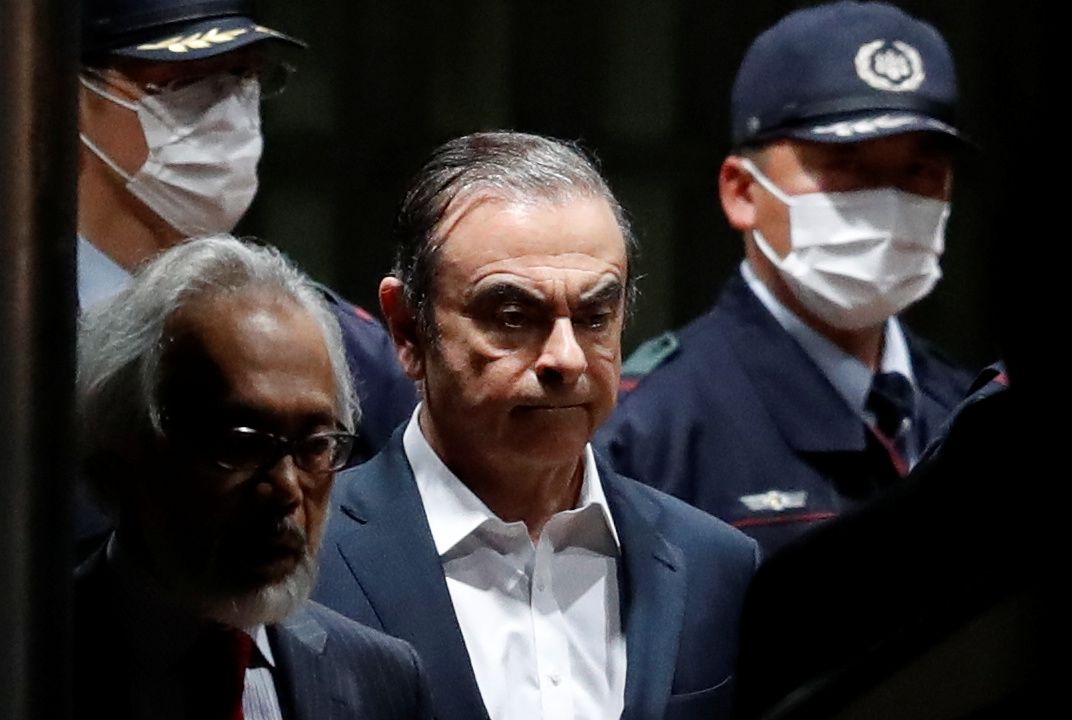 Prosecutors in Tokyo asked a judge for permission to remove one of the key financial misconduct charges facing former Nissan Chairman Carlos Ghosn, an allegation that he diverted company cash to a Saudi friend.

The move came on the same day that Japan’s second-largest automaker announced its 2018 fiscal earnings had plummeted to their lowest level in 11 years. And the scandal surrounding the arrest of the man once credited with saving Nissan is getting at least some of the blame.

Nissan’s earnings fell by more than half to just 319.1 billion yen, or $2.9 billion, down from 746.9 billion yen during the fiscal year that ended March 31, 2018. And while Saikawa told journalists he expects to see things turn around over the next two to three years, the situation doesn’t look good in the near-term. The automaker is now forecasting its operating profit for the current fiscal year will total 230 billion yen through March 2020, significantly below Wall Street estimates. A poll of 23 analysts by Refinitiv had been projecting an average of 457.7 billion yen.

A variety of factors contributed to Nissan’s weak performance for the fiscal year, including the slumping Chinese automotive market as well as problems in North America. The automaker had to adjust production and lay out lavish incentives to compensate for overly aggressive sales targets.

The company is also plagued with internal strife and confusion since Ghosn’s ouster and arrest late last year, several auto industry executives with close connections to Nissan told CNBC. That has become increasingly obvious as the carmaker loses some of its most senior and well-respected executives. Christian Meunier, who only recently was named head of the struggling Infiniti division, left the luxury brand this month to become head of Fiat Chrysler Automobile’s Jeep unit.

Former Chief Performance Officer Jose Munoz resigned in January after being reassigned to head an investigation into allegations of internal corruption. Once considered a strong contender to replace Saikawa, who is near retirement age, the 52-year-old Munoz joined Korean rival Hyundai in April as its chief operating officer.

The turmoil and earnings decline has shined a harsh spotlight on CEO Saikawa, though the 65-year-old Nissan veteran has, in turn, been pointing his finger at his one-time mentor, Ghosn, since the Brazilian-born executive was arrested last November.

Saikawa again attempted to shift blame for the past year’s poor showing, telling reporters: “Most of the problems we are facing are the negative legacy of our old leader.”

The carmaker took a 9.2 billion yen charge, or $83 million, during the just-ended fiscal year because of Ghosn’s under-reported income. And along with the departure of key executive like Munoz and Meunier, those close to Nissan say the ongoing internal corruption investigation is serving as a corporate distraction.

And the Ghosn case doesn’t appear to be going away any time soon, as the latest development demonstrates.

When the executive was dragged off his corporate jet Nov. 19 after landing at Tokyo’s Haneda Airport, he was initially charged with concealing some of his income. Prosecutors have piled on a series of additional charges since then while Ghosn was locked up in the Tokyo Detention Center for five months. He was finally granted bail on April 25, but the courts have restricted his activity, including limiting Ghosn’s contact with his wife, ostensibly to prevent him from tampering with evidence.

On Tuesday, prosecutors moved to revise one of the harshest charges facing Ghosn, that he committed aggravated breach of trust by transferring Nissan funds to a Saudi businessman and friend.

Ghosn — who also served as chairman of Mitsubishi and CEO of Renault while also running umbrella Renault-Nissan-Mitsubishi Alliance before his arrest — has remained defiant in maintaining his innocence. He’s repeatedly refused to sign a confession even though some observers in Japan have speculated he could use that to negotiate his release and deportation based on time served.

Ghosn has repeatedly accused Nissan and unnamed executives there of “backstabbing,” and engaging in a “coup.” That has widely been interpreted to be aimed at Saikawa, among other former colleagues.

So far, Ghosn has had only a few brief opportunities to speak out publicly. He was re-arrested in April, preventing him from confronting Saikawa at Nissan’s annual shareholders meeting. He could use an eventual trial to make his own case, potentially creating even more headaches for Nissan and its CEO.

Reuter’s contributed to this article.