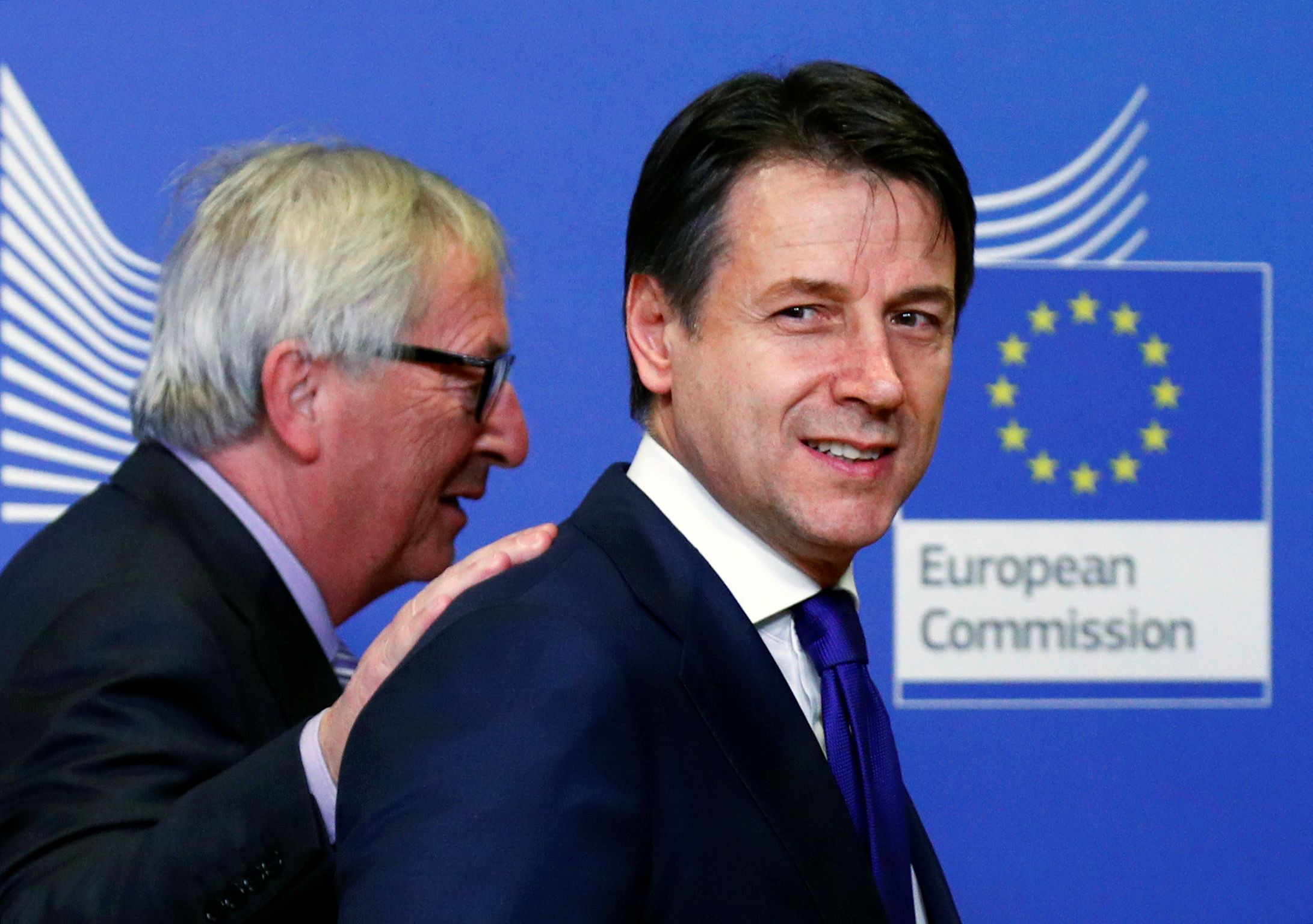 Italian prime minister Giuseppe Conte told CNBC he was optimistic about the possibility that the European Commission would not pursue an excessive deficit procedure (EDP) – against his government for the continued high levels of Italian sovereign debt.

Italy wrote a letter to the EU’s executive branch earlier this week insisting that Rome would respect and abide by current fiscal rules that form part of a treaty agreement known as the growth and stability pact.

But the Italian premier said the missive contained a pledge to try and alter that framework to help support an Italian economy that has long lagged behind most of its European peers.

Giuseppe Conte, Italy’s prime minister, arrives for the European Union (EU) summit at the EU headquarters in Brussels, Belgium, on Tuedsay, May 28, 2019.

“The letter contained a very clear political message,” Conte told journalists as he arrived in Brussels for a meeting of the EU’s 28 top political leaders. “At the moment we have a growth and stability pact, which is more about stability and less about growth, and we need to upend these rules.”

Rome’s debt to GDP ratio is amongst the highest in the world, and the second highest in Europe after Greece. In April this year, Rome and Brussels agreed that the debt had risen in 2018 to 132.2%, and had moved even further above the 60% level required by the pact.

In early June, the Commission released a review of Italy’s compliance, which examined the country’s spending plans and debt reduction efforts.

It highlighted that over the next two years Italian and European forecasts for this number could diverge significantly, with the country’s Finance Minister Giovanni Tria’s ministry in Rome projecting the figure to fall by 2020 to 131.3%, while the Commission predicts it will have risen “more markedly” to 135.2%.

Italy’s apparent failure to meet debt reduction targets was, the Commission insisted in its June review, “evidence of a prima facie existence” of an excessive deficit.

But it is Italy’s deficit to GDP ratio that has provoked some of the greatest consternation, among both European policymakers and investors, and the Commission said that without changes to government policy the deficit to GDP ratio limit of 3% could also be exceeded by 2020, in contravention of euro zone rules.

These numbers – both recorded and projected – taken together with several other “aggravating” factors meant, the Commission concluded, that a “debt-based EDP is thus warranted.”

Italy’s deputy Prime Minister Matteo Salvini, who heads the euro skeptic Lega party, has repeatedly railed against fiscal restrictions and told Italian newspaper Corriere della Sera this week that he would resign unless he could push through tax cuts worth at least 10 billion euros ($11 billion).

But both his prime minister and finance minister have struck a far more emollient tone towards Brussels in recent weeks, as the extended and occasionally bureaucratic EDP grinds closer to a resolution.

The Commission could meet as soon as June 25 to decide whether to increase its scrutiny on Italian finances, in a process that could ultimately lead to multi-billion dollar fines against Italy, if the country does not take action to correct its finances. However, Conte’s recently received letter may require more time to be analyzed and so the decision could be delayed another week until July 2.

“It is not decided yet,” a Commission spokesperson said of the final date.

If the Commission does pursue an EDP, it would require European finance ministers to approve and move it forward at their next meeting in the second week of July.