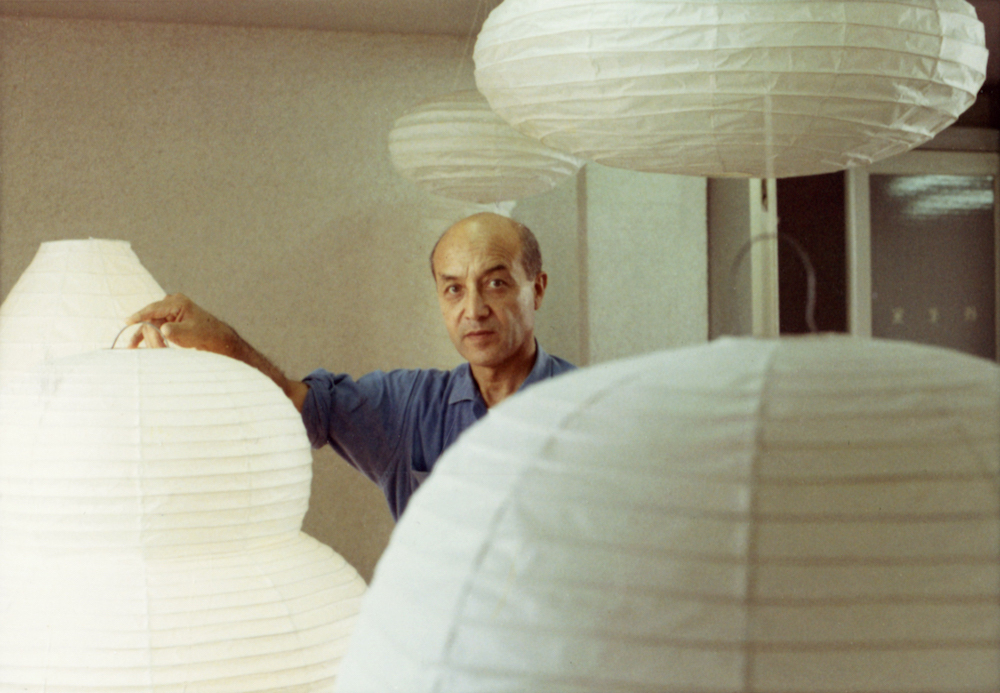 On Friday afternoon, without much fanfare, the White House revealed a surprise: an Isamu Noguchi sculpture had been acquired for its Rose Garden, making the work the first piece of art by an Asian American artist to enter the White House’s art holdings.
The sculpture, titled Floor Frame (1962), features an angular abstract geometric form that appears to jut out of the ground, burrow back inside it, and then pop back out. The work, like many of Noguchi’s others, uses minimalist forms and perceptual effects to test the ways that viewers relate to their environments. The work was included in Noguchi’s 1968 retrospective at the Whitney Museum in New York.

“Thinking of the floor, I made Floor Frame,” Noguchi once said of the work, which has multiple bronze casts. “I made many other pieces in relation to floor space at that time, but this seemed to best define the essentiality of floor, not as sculpture alone but as part of the concept of floor.”
The White House said the work had been acquired in March by the White House Historical Association, which then gifted the sculpture to the White House. A representative for the White House Historical Association confirmed that the work was acquired at Sotheby’s for $125,000 in a curated contemporary art sale in March.
In a statement, First Lady Melania Trump praised the work as a milestone, saying, “This sculpture not only showcases diversity within our Nation’s finest art but it also highlights the beautiful contributions of Asian American artists to the landscape of our country.”
[How Noguchi became a sculptor and a visionary for the ages.]
Noguchi is best known for pared down objects like Floor Fame that mimic natural forms via abstract means. But the artist’s output was multifarious—he designed lamps, baby monitors, and more—and even when his art did not seem outright political, he had an activist streak. During World War II, as Japanese Americans were being interned, Noguchi, whose father was Japanese, campaigned to halt the incarceration of hundreds of thousands.
Stewart McLaurin, president of the White House Historical Association, said in a statement, “Noguchi’s inclusion in the White House Collection is a worthy testament to his incredible life’s work and is a milestone in our efforts to ensure that Americans from all cultural backgrounds are represented.”