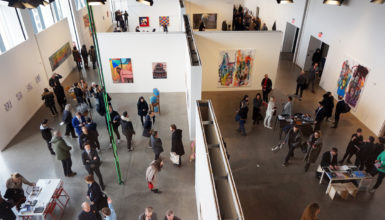 A view of the Independent art fair in New York.

Independent, which has presented art fairs since its inaugural in New York in 2010, has cancelled a satellite edition that was launched in Brussels in 2016.

The Brussels edition had initially coincided with Art Brussels in the spring until it moved to dates in November in 2018, which put Independent in competition on a busy art-world calendar with Shanghai Contemporary Art Fair in China. Elizabeth Dee, a co-founder of the fair, told the Financial Times that the decision to close down Independent Brussels owed to “not finding the optimal moment or venue.”

Dee closed her gallery in New York in 2018, after 17 years in business. At the time, she noted, “Now I can fully commit to the fair.”

At Independent’s New York fair this past spring, seven floors were filled with art from more than 60 galleries, among them Chicago’s Monique Meloche Gallery, Los Angeles’s David Kordansky Gallery, and Air de Paris. The most recent edition in Brussels saw presentations from galleries such as London’s Sadie Coles HQ, Brooklyn’s Clearing, and Lisson Gallery.

The New York edition, which has found a home in TriBeCa at Spring Studios, remains a strong draw in the spring during Armory Week, when it’s cozy and clubby atmosphere proves distinct. As Dee also noted to the FT, “Some 25 percent of the world’s collectors live in New York, and our team, our museum-caliber building, and my own professional transition means we’re now in a position to grow [in New York].”

New MassArt Art Museum to Open in Boston in 2020 -ARTnews