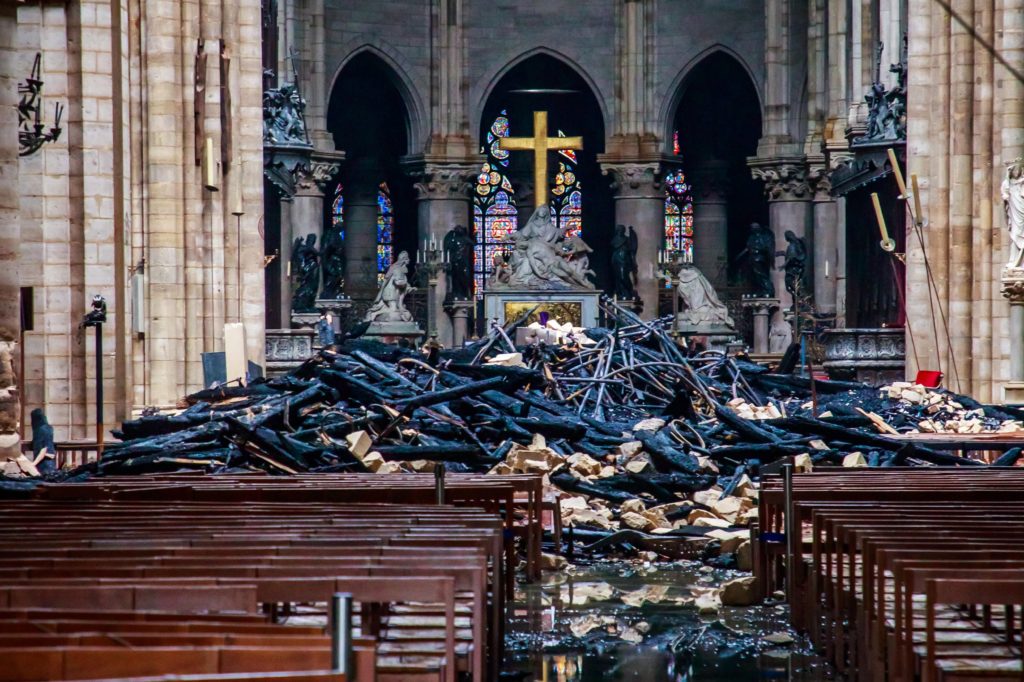 The debris inside the Cathedrale de Notre-Dame following the fire.

After the fire that badly damaged Notre-Dame Cathedral, Emmanuel Macron, the president of France, pledged that the structure would be rebuilt by 2024—in time for the city to host the Olympics. The goal struck some as overly ambitious, and now the French newspaper Le Figaro has published a lengthy missive signed by 1,169 academics and curators urging the president not to speed through what could be a very difficult process.

“Let’s take the time to diagnose,” reads the letter, which was published on Sunday. “A number of [experts] can be found in your administration, in the Ministry of Culture. Let us remind you of their expertise, take the right path to find them, and then, yes, set an ambitious deadline for an exemplary restoration not only for the present but also for generations to come.”

Among the signatories are curators and academics from France and beyond. Numerous curators from the Louvre count among them, including Nicolas Milovanovic and Cécile Scailliérez, both chief curators in the museum’s painting department. Also included are officials from the Petit Palais, the Grand Palais, the Musée d’Orsay, and the Musee de Cluny.

The rebuilding effort at Notre-Dame has been a subject under close watch within France and internationally. Shortly after the fire was contained, French collector François Pinault and his son François-Henri said they would put €100 million (about $113 million) toward the efforts. Hours later, collector Bernard Arnault announced that he would donate €200 million (about $226 million) to the project.

Some experts have cast doubt on how much a rebuilding project could salvage. Robert A. Maxwell, a professor at the Institute of Fine Arts in New York who signed the open letter, told ARTnews at the time of the fire that certain elements of Notre-Dame, such as pieces of 13th-century wood and stone, might be permanently damaged—“so all that we might one day have learned from them will also be irremediably lost.”

In the weeks since the fire, Macron has said he will hold an architecture contest for the rebuilding project.

The full open letter can be found in French behind a paywall on Le Figaro’s website, along with the list of signatories.

You Can Transcribe and Send the U.S. Constitution to White House, in Morgan O’Hara’s Show at Mitchell Algus in New York -ARTnews