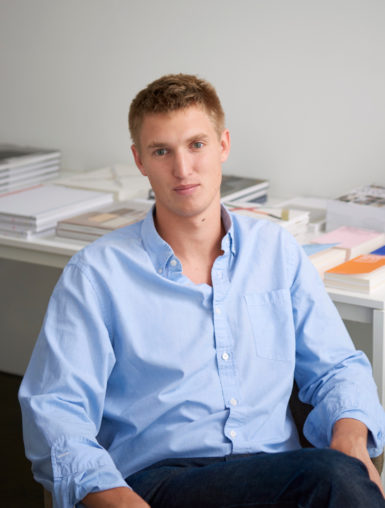 Aiming to expands its reach in the upper echelon of the art market, David Zwirner gallery is building its digital offerings, with a major role change and a new hire. Zwirner’s son, Lucas, the editorial director of David Zwirner Books, will now be head of content for the entire gallery, and Fan Zhong has been hired away from the recently sold W magazine to become digital editorial director.

In his new role, Lucas Zwirner, working closely with Zhong and the gallery’s director of online sales, Elena Soboleva, will look to create what he called a “unified brand voice” across all of the gallery’s offerings, from its exhibitions and programming to its catalogues and books to David Zwirner Online, the online viewing room it launched in 2017.

“We have this incredible online platform that’s more than just a sales platform, it’s an exhibition space,” Zwirner told ARTnews. “It’s a space where we can curate shows, highlight artists, and tell stories. In that respect, it’s also a kind of publishing platform.”

Zwirner helped launch David Zwirner Books, the gallery’s book publishing imprint, in 2014, and earlier this year, he announced that the gallery’s books would be distributed by the legacy publishing house Simon & Schuster, beginning in the fall. Zwirner said that his latest shift is not about leaving the Books editorial arm behind.

“It’s taking more of bird’s-eye view of all the different platforms that are available,” he said. “We’re looking at the different publishing mechanisms that exist in the world and trying to come up with big-picture strategy and vision for all of those.”

Zhong has been with W for nine years and was most recently the magazine’s digital director. He is the latest departure from W, which Condé Nast announced it would sell to Surface magazine in May. Today, its longtime editor, Stefano Tonchi, announced he would be leaving over differences with the new bosses, according to a report in WWD.

Zwirner said that Zhong’s addition to the gallery, beginning July 8, will bring about a “real focus on the online” there. Similar to his work at W, Zhong will be tasked with overseeing the gallery’s digital strategy, particularly as to how to transition a more traditional brick-and-mortar structure to the digital sphere.

Pointing to that Simon & Schuster distribution deal, Zwirner said that the sense at the company is that, when it comes to reaching a wider public, “the sky’s the limit.”

“With lots of growth, there’s a real need to make sure we’re also digging in, paying attention to the artists, representing the artists, telling their stories effectively,” he said. “Thinking about what other mechanisms for bringing this information to people are, of course, online is the most obvious. The big question is, How does one do that and maintain the rigor of the gallery and its dedication to an artist-centric approach?”

Recently, the world’s top galleries have been aggressive in expanding their operations, adding physical locations, launching publishing imprints and magazines, adding tech talent, and even starting at least one research institute, leaving behind traditional notions of the role of a commercial gallery. With its focus on digital, Zwirner said the gallery will also look to give artists the digital tools to help foster further experimentation in their artistic practices, beyond just a delivery mechanism for what already exists.

“I see it as a natural expansion of how galleries promote the artists that they represent, and how they foreground all of the culture that’s being made in and around galleries by these artists,” Zwirner said. “It’s easy in a funny way to think that a gallery is a hub for selling but, of course, it’s much more than that. It always has been.”