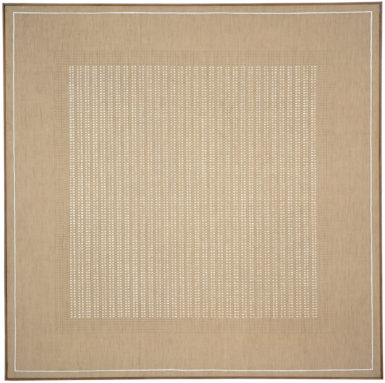 Agnes Martin, The Islands, 1961, oil and graphite on canvas.

In round two of a closely watched legal battle pitting London art dealer James Mayor against Pace Gallery founder Arne Glimcher and other Agnes Martin catalogue raisonné committee members, a New York Supreme Court judge has ruled that the latter parties were within their rights to exclude 13 paintings owned by Mayor from the official Martin catalogue raisonné (a volume that provides a complete account of artist’s works). A lawyer for Mayor said he planned to appeal.

The same judge, Judge Andrea Masley, had tossed out an earlier suit by Mayor in April of last year that had sought $7.2 million in damages, ruling that committees can operate as they see fit. Works excluded from catalogues raisonnés can see their potential market value fall because of doubts about their authenticity or their importance in an artist’s oeuvre.

The ruling, which dismisses Mayor’s suit, potentially offers some some legal breathing room for scholars, authentication committees, and catalogue editors, who in recent years have shied away from making definitive judgments about the maker of artworks (or left the business entirely) for fear of being sued.

Mayor had argued in his revised suit that the exclusion of the works was hurting his business with collectors, and that the presence of Pace Gallery dealers Arne and Marc Glimcher on the Martin authentication committee represented a conflict of interest because they both own and deal works by Agnes Martin and have “substantial monetary interest” in her art. (He had also made a similar claim in his first suit.)

Mayor further asserted that “their decision to vote to reject” the 13 works “was motivated by their economic interest … [to reduce] the number of Agnes Martin artworks in the marketplace.” (In his first suit, he had additionally alleged “longstanding frictions and disagreements” with the Glimchers as to their reason for voting against the works.)

Mayor also said in his second amended complaint that the group “ignored” scientific and anecdotal evidence supporting the authenticity of the work Day & Night, which he believes dates to 1961–64. He said that work features a handwritten inscription, “To Delphine, Agnes Martin,” and alleged that the defendants “failed to compare the handwriting” on the works and did not “engage a handwriting expert, at plaintiff’s expense, to render an opinion on whether the signatures were authentic.”

In her decision, Judge Masley stated, “Whether any catalogue raisonné’s inclusion or non-inclusion of an artwork has any bearing on the work’s value has been recognized by New York court’s as a function of the art marketplace, and it is not for the court to determine what the art market should or should not credit as reliable.” In so many words: the art industry is free to do what it likes in this area.

Explaining Mayor’s decision to appeal, one of his lawyers, Melvyn R. Leventhal, emphasized the conflict of interest accusation and noted a new “global vetting policy” that the European Fine Art Fair (TEFAF) has adopted that specifically excludes art dealers and auction house experts from its vetting committees because of such an issue. An appellate court would likely rule sometime next year.

Attorney Richard Golub, who represented the defendants, said in an interview with ARTnews that the court’s ruling affirms the right of a given catalogue raisonné committee to include or not include any works they choose using conditions and processes its members established. He noted that “all the questions that have been raised before about the authority and rights of a catalogue raisonné committee” have now been answered.