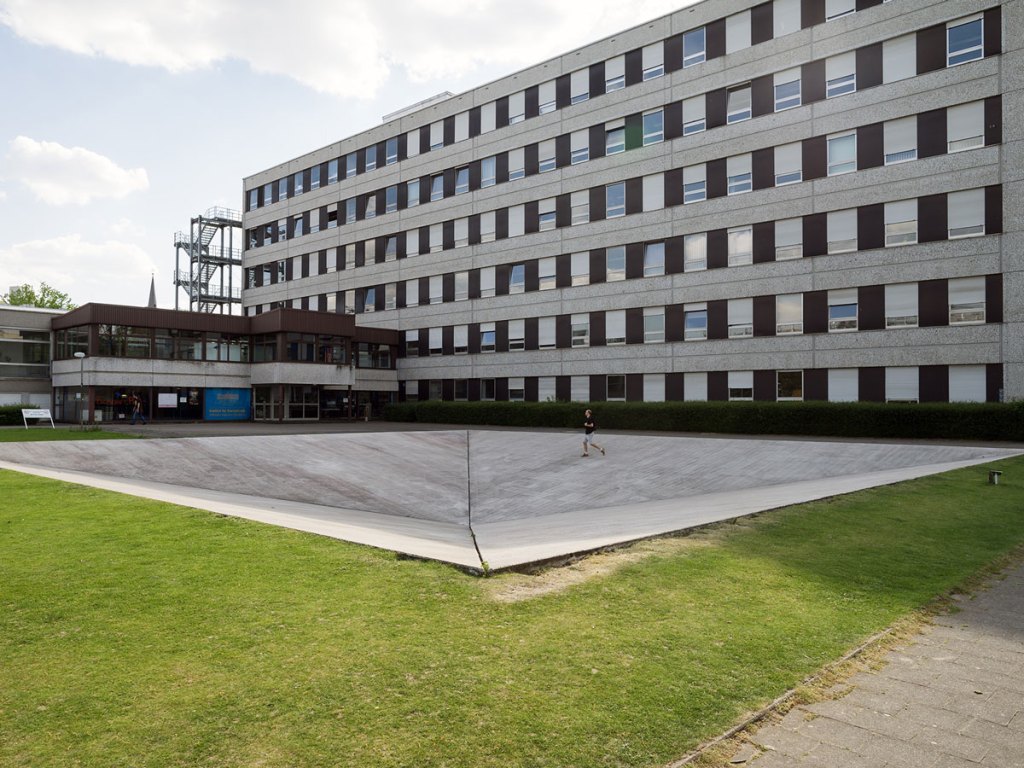 A famed installation by Bruce Nauman will be taken away from its longtime home on the campus of the University of Münster in Germany. Square Depression, a walk-in sculpture Nauman conceived for the school in 1977, was torn down in early November by the university to make space for a new university building.
The large-scale sculpture, which measured around 82 feet across, was an inverted pyramid  sunk into the ground. Before its deconstruction Square Depression was a popular site for visitors and students, who were invited to walk across its surface. According to a report in the German publication Monopol, the work will be relocated to an as-yet-undetermined location on campus. Details about when and where the work will reappear have not been announced.

“We very much regret that we have to say goodbye to this great work for the time being,” Hermann Arnhold, director of the LWL Museum for Art and Culture, which acquired the piece, told Monopol. “With this, the LWL Museum for Art and Culture will lose one of its most important works for an indefinite period of time.”
ARTnews has reached out to Nauman for comment.
Nauman conceived Square Depression in 1977, after being invited along with nine other artists by curator Kasper König to design site-specific public art for the decennial exhibition Skulptur Projekte Münster. At the conclusion of the exhibition, the residents of Münster are given the option to acquire any pieces through a pool of private and public donations. Works by Claes Oldenburg, Richard Serra, Rebecca Horn, and Nicole Eisenman, are among those purchased by the city that remain on permanent view.
Though Nauman’s work was planned to debut in the late ’70s, Square Depression was not realized until 2007. Adhering to his original plans, Square Depression was installed between the university’s natural science buildings. The four edges of the square extended downward in a funnel shape toward the center; sitting at its center, the viewer could only just see over its sides. Nauman once said that the work is about “the confrontation of private experience with public exposure.”