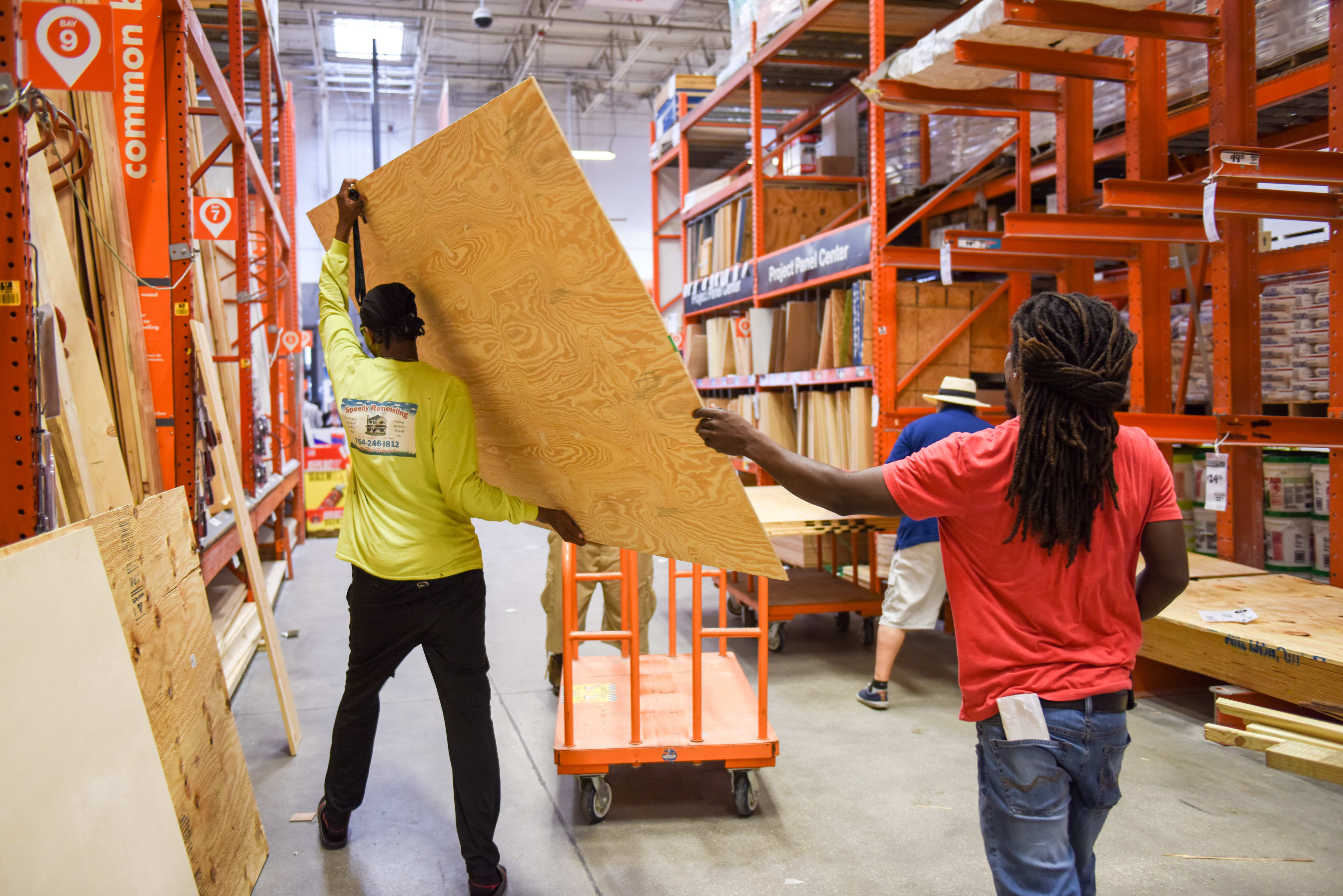 Supplies run low at a Publix, a grocery store in Pompano Beach, Florida, during preparations for Hurricane Dorian, on August 31, 2019.

Retailers in the southeast can expect Hurricane Dorian to threaten the typical boosts they see from shoppers on the tails of Labor Day weekend and the back to school season.

Instead, that spending will go to grocery store chains and home improvement centers like Lowe’s and Home Depot as consumers stock up on necessities. Mass merchants like Target and Walmart will also see a boost, especially because consumers might turn to their recently rolled out same-day or next-day delivery services to purchase goods.

“Home centers are going to be on the front end of that surge of sales and groceries as well. But when you start talking about department stores, specialty apparel, and basically non-need items, that business goes away,” said Paul Walsh, director of consumer weather strategy at IBM. “That business moves to the other channels, so there’s a big disparity in terms of who gets the business.”

Consumer spending is expected to decline as much as $1.5 billion, according to data analytics firm Planalytics. That factors in the gains from the home centers, grocery chains and convenience stores as consumers stock up emergency necessities like plywood, flashlights, water bottles or canned goods.

Foot traffic at apparel stores could fall 25% while visits to outlet centers will decline 32%, Planalytics estimated. Restaurant traffic is expected to decrease 14%.

Customers carry plywood to a cart at a Home Depot Inc. store ahead of Hurricane Dorian in Oakland Park, Florida, U.S., on Thursday, Aug. 29, 2019. Photographer: Christina Mendenhall/Bloomberg via Getty Images

Evan Gold, executive vice president at Planalytics, said companies with a large presence in the southeast are particularly vulnerable, such as BJ’s Wholesale, Dillard’s, Disney, and supermarket chain Publix.

Disney announced abbreviated schedules for parks in the Walt Disney World Resort on Monday and Tuesday before the storm.

“Those are hours they’re not going to get back,” said Gold.

Gold also noted that there are a large number of ports in the Carolinas, which retailers rely on to receive goods.

“August and early September is a time when a lot of the holiday goods start getting shipped in, and those ports are very busy,” he said. “The storm is so large that I’m sure there will be some ripple effect. I’m not sure to the average consumer that they’re going to significantly notice that goods may or may not be on the shelves come Christmas time but I’m sure there’s disruption happening now.”

But Walsh said that more than ever before, retailers are getting better at preparing for the storm, being flexible with their supply chain, and anticipating what they need to have in stock.

“Retailers are increasingly using data and weather data to understand what the forecast means as it relates to consumer behavior, and they can better execute against that,” he said. For example, retailers will know that before a storm, consumers are going to be purchasing batteries used in flashlights more than batteries used in gaming consoles, he said. They’re also going to see increased demand in prepared foods, plywood, generators, magazines and books.

However, Walsh also said that despite the sales declines, that spending is usually made up during the recovery phase.

“That can take months to years depending on the scale of the disruption, and that ends up becoming a stimulus. When you take a very wide angle view of the overall impact, generally the stimulus smooths out the overall impact,” he said.

A Costco shopper is grateful to get two cases of bottled water – the limit per customer – at the Costco store in Altamonte Springs, Fla., Friday, Aug. 30, 2019, as central Florida residents prepare for a possible strike by Hurricane Dorian.