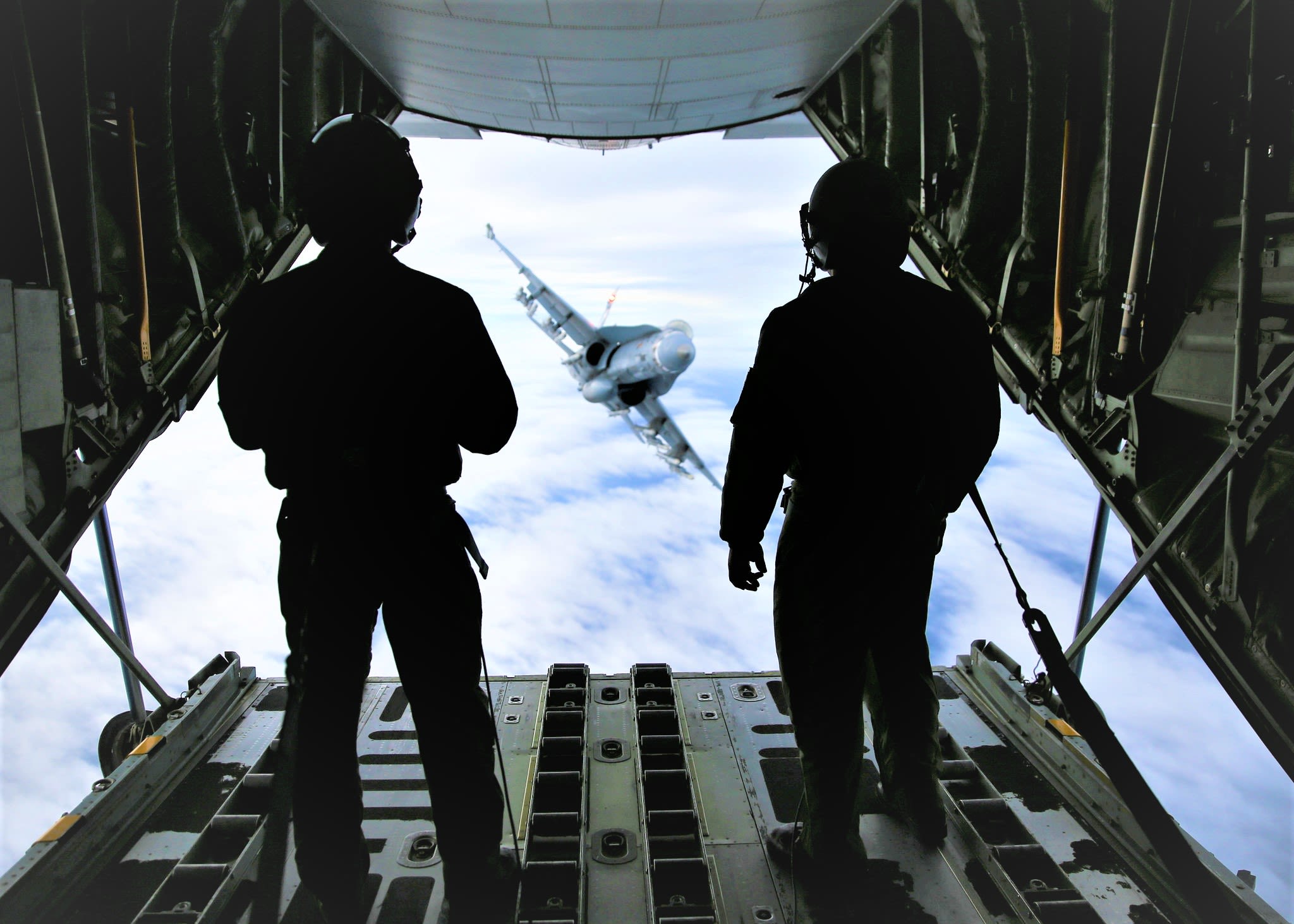 Crewmasters prepare to refuel an F/A-18 Hornet over the W-291 training area in southern California, March 6, 2019.

WASHINGTON — Nobody spends money on arms like the United States, and it shows in the bottom lines of the biggest defense contractors.

The Trump administration’s 2019 defense-friendly spending bill increased the Pentagon’s spending power to a grand total of $717 billion. Next week, the Senate will vote on a $1.3 trillion budget deal for fiscal year 2020 that includes $738 billion for defense.

This week, America’s top five defense firms — Lockheed Martin, Boeing, General Dynamics, Northrop Grumman and Raytheon — posted their second-quarter earnings. While the companies’ quarterly performances remained strong, collectively their stocks were largely unchanged. The iShares U.S. Aerospace and Defense ETF was slightly higher for this week after the companies reported. So far this year the benchmark ETF is up nearly 26%.

Lockheed Martin’s stock initially popped after the company reported strong second-quarter results, but shares slid during the day and closed negative. The Pentagon’s biggest weapons supplier showed another solid quarter and the company raised its 2019 forecast for both earnings and revenue.

The defense giant now expects full-year earnings between $20.85 a share and $21.15 a share, with revenue expected between $58.25 billion and $59.75 billion. Lockheed Martin saw all four of its business units deliver year-over-year increases in operating profit for this quarter. Lockheed’s order backlog grew “to a new record level,” Chairman, President and CEO Marillyn Hewson said in a statement, with $136.7 billion in total orders booked.

Hewson also said that hypersonic weapons contracts will account for $3.5 billion across the company once all of the deals are finalized.

U.S. Navy Aviation Electronics Technician signals to the crew of an EA-18G Growler on the flight deck of aircraft carrier USS Carl Vinson.

Boeing’s defense business stayed strong in the second quarter, although investors focused on the company’s commercial airplane unit and the stock slid. The Pentagon’s second-largest contractor logged a $6.6 billion increase in revenue during the second quarter, with a bump in production volume of weapons programs, satellites and F/A-18 fighter jets driving the increase.

U.S. Soldiers talk after a routine inspection of a Patriot missile battery at a Turkish military base in Gaziantep, Turkey.

Raytheon, the world’s largest missile manufacturer, saw earnings of $2.92 a share on net sales of $7.2 billion. The company’s backlog swelled to $43.1 billion, an increase of $3.3 billion or 8% compared with the same period last year. The defense firm also raised its full-year 2019 guidance for sales, earnings per share and operating cash flow.

Raytheon Chairman and CEO Thomas Kennedy said the merger with United Technologies is “progressing well” and he expects the transaction to close in the first half of next year.

A U.S. Air Force B-2 Spirit bomber aircraft approaches the rear of a KC-135 Stratotanker aircraft before refueling during a training mission over the Midwest, Aug. 1, 2013.

Shares of Northrop Grumman climbed 5.9% after the company reported second-quarter earnings of $5.06 a share, well above the $4.68 a share expected by Wall Street analysts surveyed by FactSet. With revenue also strong at nearly $8.5 billion, all four of Northrop’s business units saw improved profits in the quarter compared with the same time last year. Increasing production of the F-35 fighter jet drove the increase in Northrop’s aerospace business, where sales in the second quarter rose 1.6% to about $3.4 billion year over year.

General Dynamics reported second-quarter 2019 revenue of $9.6 billion, up 4% year over year, with net earnings of $806 million.

Buy Netflix as it becomes a global ‘cultural necessity’

How to avoid getting dinged with surprise rental car toll fees