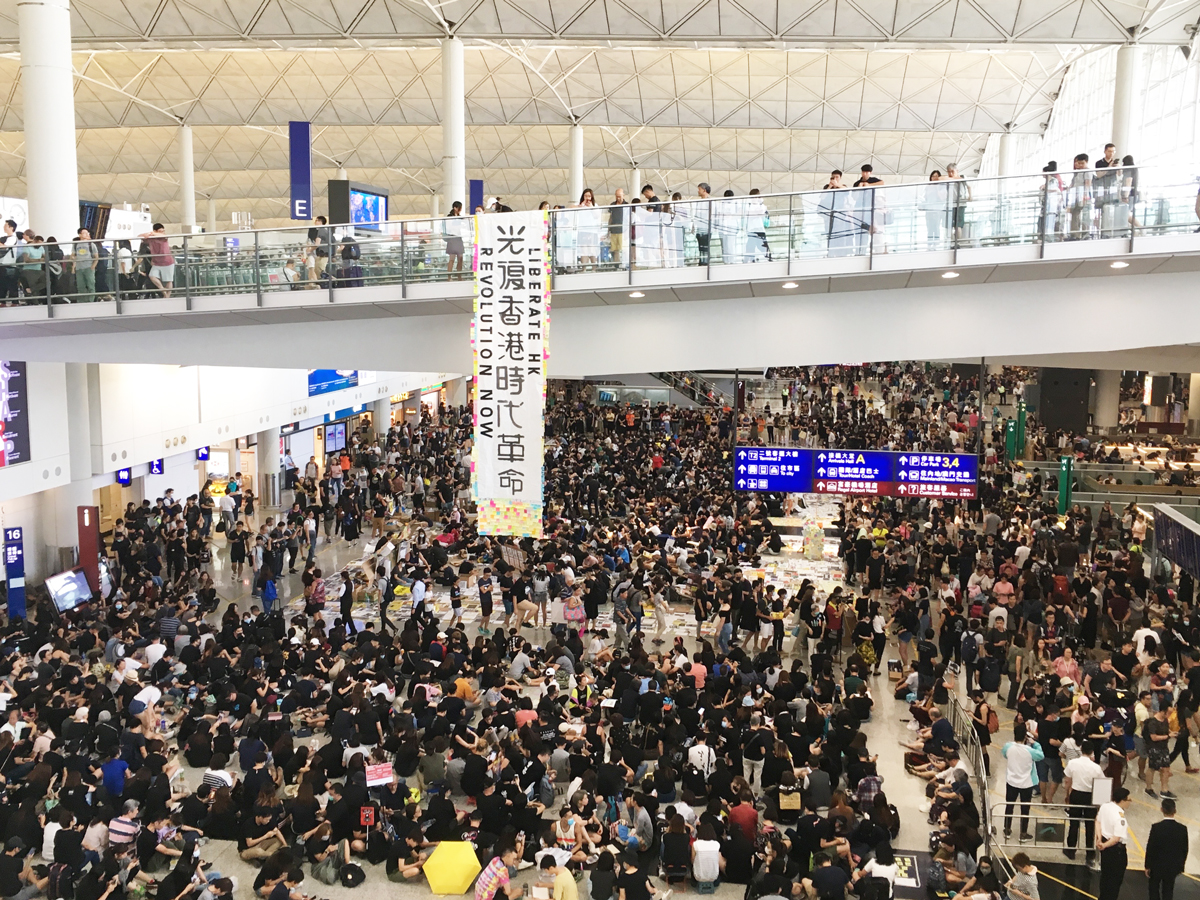 As protests roil Hong Kong and suspend the city in a state of uncertainty, artists are among the many demonstrators who have protested Beijing-backed legislation that could see those charged with crimes extradited to mainland China along with other grievances with the government. As questions loomed over the extradition legislation—which Carrie Lam, Hong Kong’s chief executive, said on Wednesday would be withdrawn—and other pressing issues at stake, ARTnews reached out to artists in Hong Kong over the past few weeks to see how they are feeling about the turmoil. 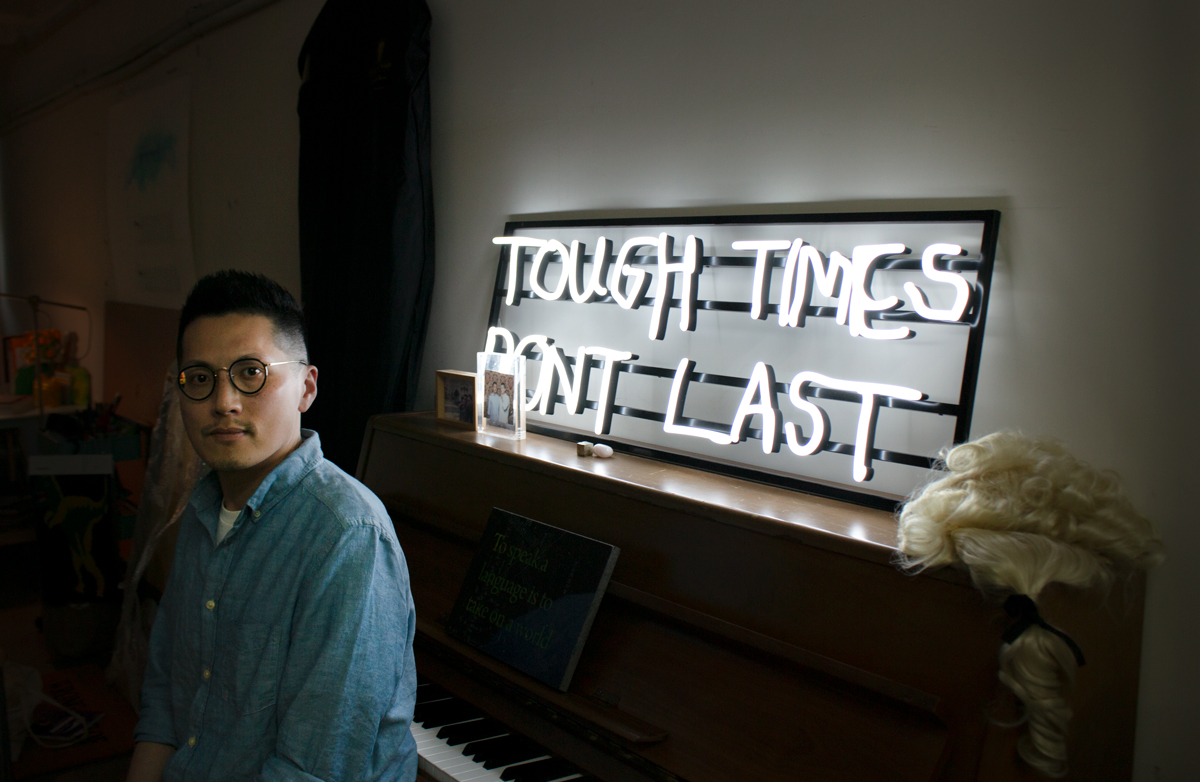 Samson Young photographed in his studio.

Samson Young
Sound and installation artist, showing in the Hong Kong Pavilion at the 2019 Venice Biennale, born in Hong Kong

In the last couple of years, we have witnessed a systemic erosion of the values that make this city unique. In Hong Kong we have yet to see the sort of blatant censorship of artistic content of the like that we see in mainland China, but when citizens lose faith in the impartiality of institutions and processes that are supposed to offer them protection, the fear of retaliation and the resultant self-censorship is very real. This has an effect on every citizen, but of course it affects absolutely everything that defines what we do as artists. So, naturally, artists have mobilized alongside other citizens of the community. The events in the last couple of months have have taught us all, I think, the importance of being vigilant—to resist as a community but also to self-reflect as individual artists to ensure that our imagination remains unhindered under these increasingly difficult circumstances, that we don’t ask for permission to be human, that we are passionately polemical but also wise, [and] that we never apologize for being complex. We are starting to see artists organizing to run for the next district-council-level election. [Hong Kong artists Clara Cheung, Wong Tin Yan, and Susie Law have announced campaigns.] I think that’s certainly a positive development. 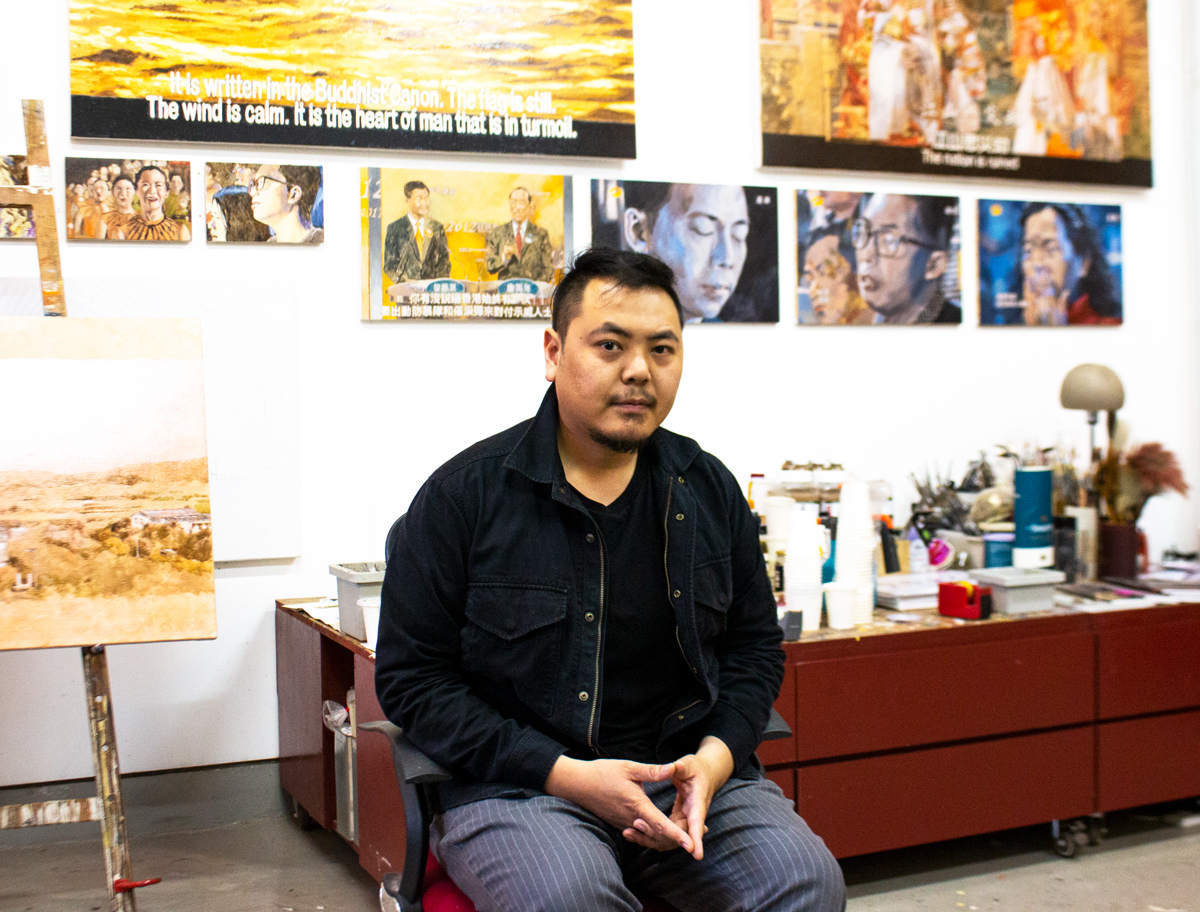 Chow Chun Fai photographed in his studio in Hong Kong.

Many of my artist friends and I are participating in the protests. There are injustices. Police shoot beanbag bullets directly into a female protester’s eye, causing permanent blindness. Arrested protesters are brutally beaten up. Fake evidence has been planted on protesters—for instance, putting sharpened bamboo into a protester’s backpack. Hong Kong police have disguised themselves as demonstrators, while there is also evidence that Chinese police have disguised themselves as Hong Kong police. Tear gas is being used in the subway, and gangsters have been employed to chase and beat protesters. 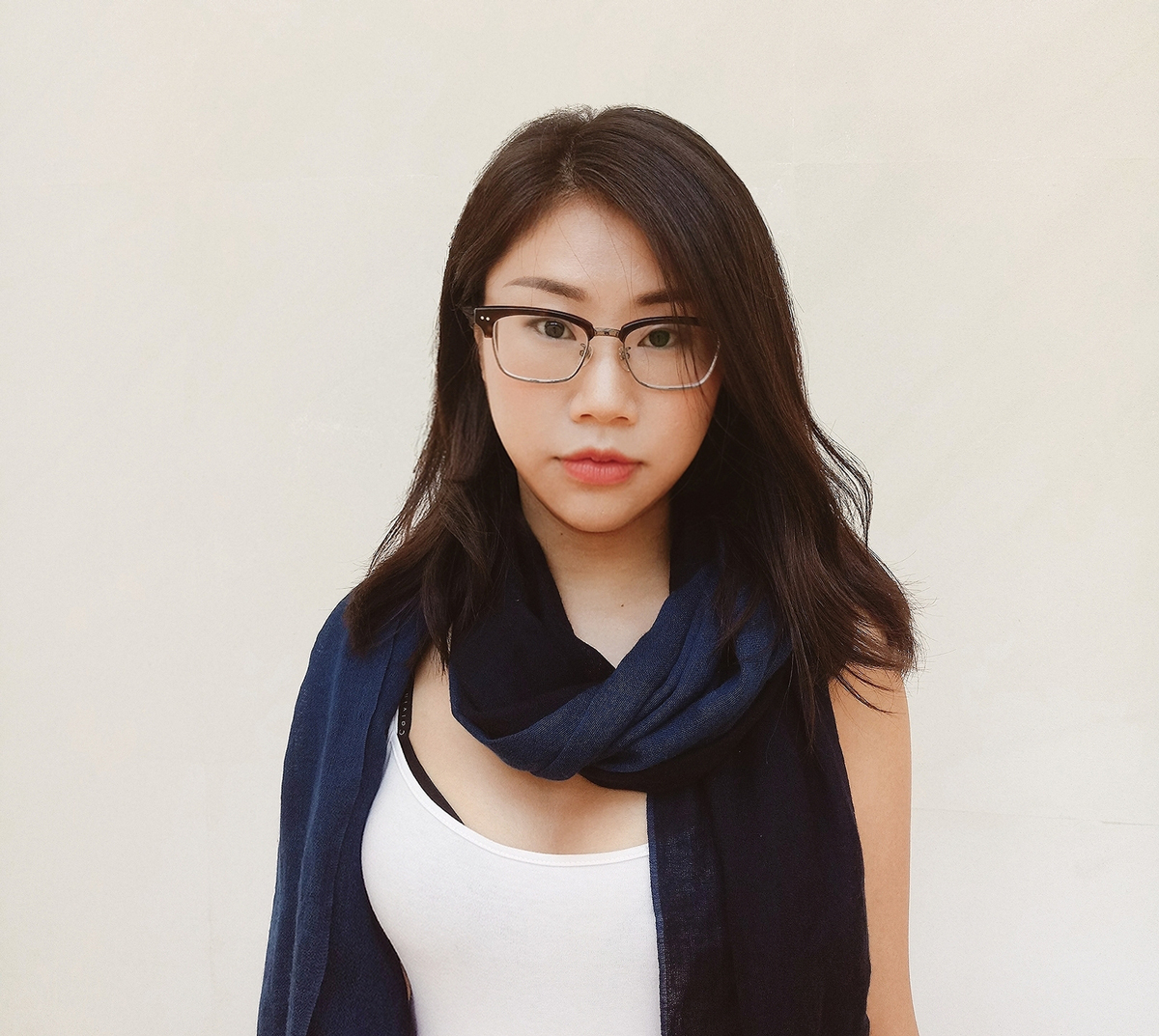 The atmosphere is very intense now. People are afraid of the police. People are taking cash from their bank account as a protest to pressure the Hong Kong government and many ATMs are running out of cash. Many banks are out of U.S. dollars. 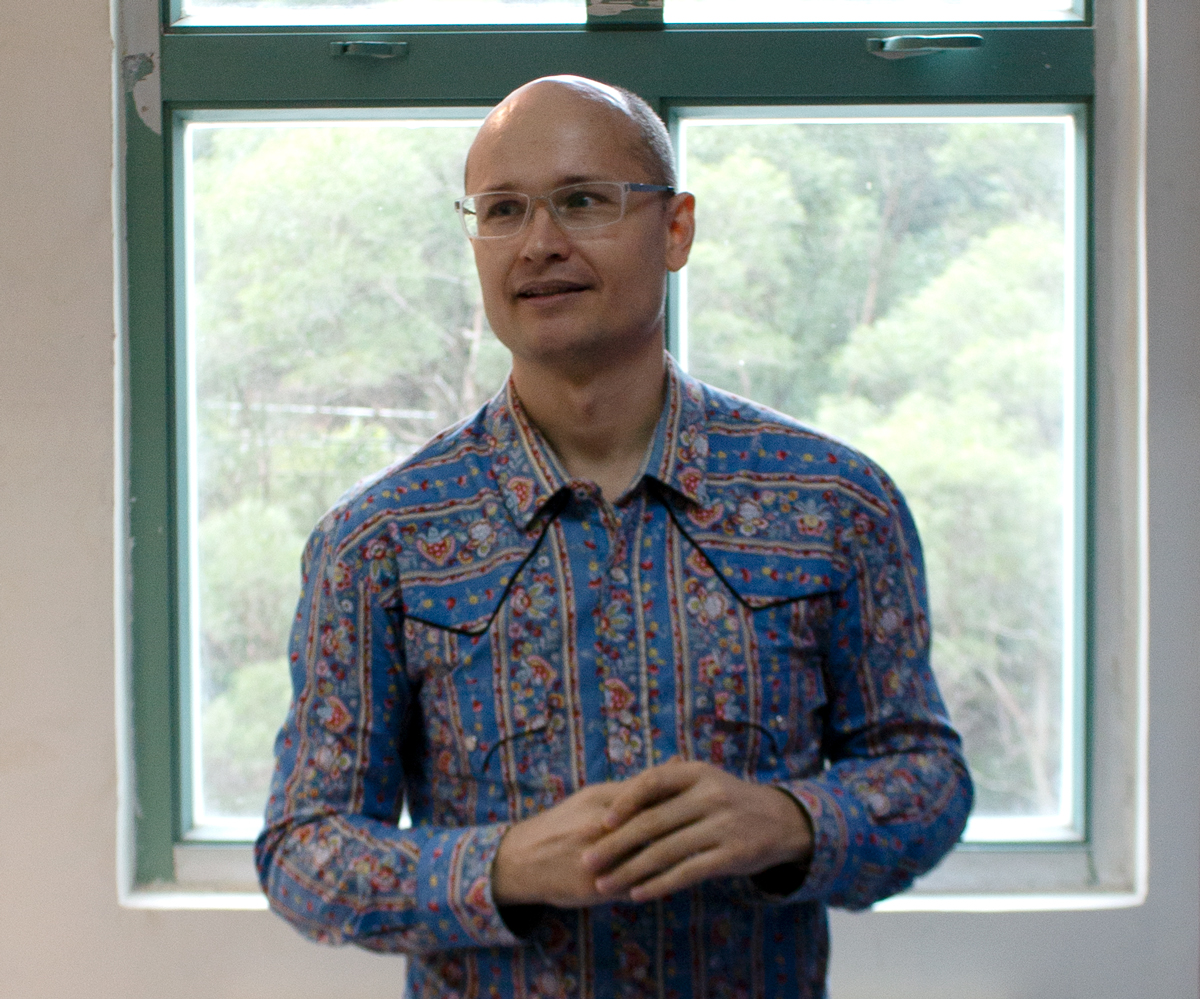 Eric Niebuhr in his studio in Hong Kong.

I overheard a conversation at a gallery between a gallerist and a client about how Singapore might be at an advantage in terms of business there in the long-term if things become more unstable here. It’s been a tense time but overall people are going about their day-to-day lives. 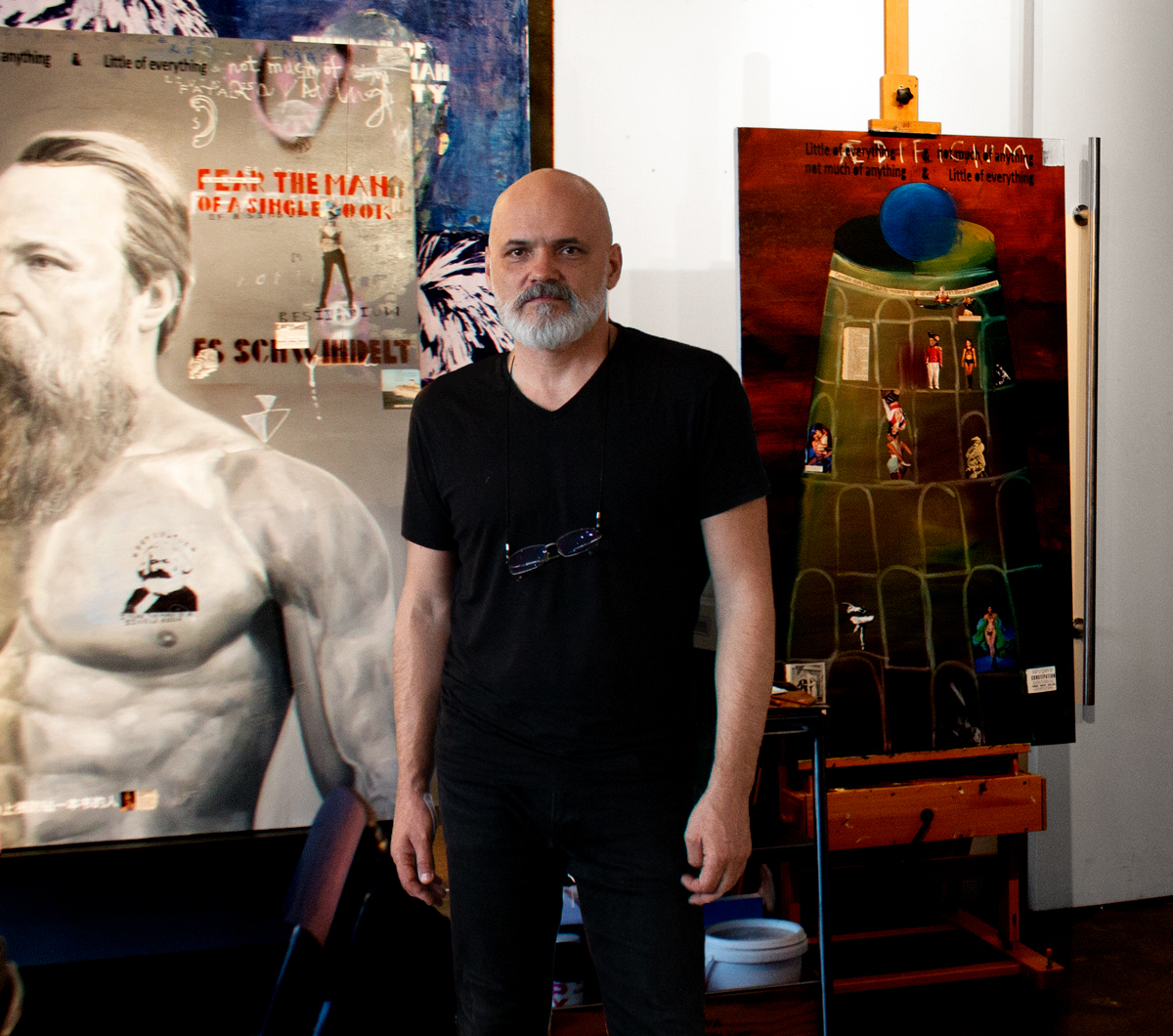 Konstantin Bessmarty in his studio.

Konstantin Bessmertny
Painter/sculptor/etc., based in Hong Kong and Macau, born in Russia

The future of Hong Kong is everyone’s concern now, and many avoid taking sides to not put more fuel into the fire. Hong Kong looks like the theater of the absurd now. There are definitely a lot of uncertainties boiling since colonial times, but much of it, I believe, could be solved without violence and annoyance. Artists can’t be crowd-pleasers, and artists on the barricade make for an easy target for labelling and red-baiting. Politicized artists slip into “journalism” and get outdated after headlines are old. Freedom is the most important ingredient in creativity, and it is worth the struggle. But the first step to freedom is doubt. Artists, with analytical and pacifying mindsets, will be useful searching for creative solutions in times of turmoil.