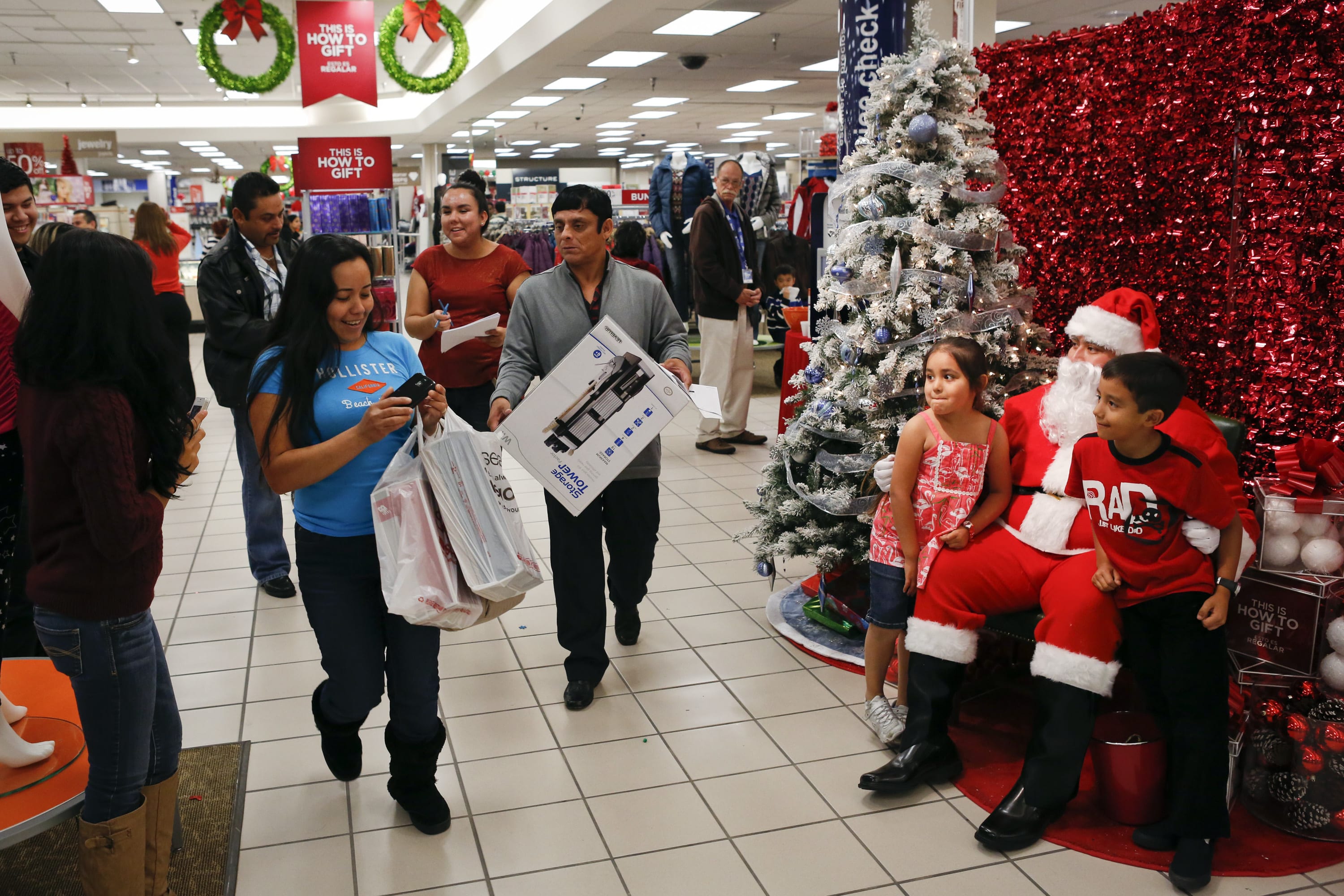 Children pose for pictures with Santa Claus at a shopping mall in Torrance, California.Patrick Fallon | Bloomberg | Getty ImagesRetailers could be in for a jolly jump in sales this holiday season, despite headwinds like the U.S.-China trade war and the threat of another economic slowdown.Holiday retail sales for 2019 are forecast to increase 4.5% to 5%, exceeding $1.1 trillion, according to an annual survey by Deloitte. That would be better than the Census Bureau data of sales growth of 3.1% on sales of $1.09 trillion from last November to January.”I think this will be a surprise for our clients,” said Rod Sides, vice chairman of Deloitte’s retail and distribution practice in the U.S. “I think most [retailers] would expect a slightly lower increase. … This is probably bigger than those expectations.”A separate forecast by global consulting firm AlixPartners is calling for holiday sales growth of 4.4% to 5.3%.But AlixPartners says there’s still “unprecedented uncertainty” as the season approaches.”While our forecast is bullish, we are nevertheless advising clients to be nimble,” said Joel Bines, a managing director for AlixPartners. “These are uncharted waters, and the best course to set is one that includes a strong cost control and flawless execution.”According to Sides, a few factors are vat play for Deloitte to predict as much as 5% growth. One is that the 2019 holiday season laps a season last year during which the U.S. government shut down and the stock market saw major declines last December. “We’re [coming] off a much lower base. … But we don’t expect [those things] to happen this holiday season,” he said.The U.S. labor market remains strong, with unemployment rates still near record lows and consumer confidence elevated, Deloitte said in its report.Deloitte has forecast retailers’ digital sales to also be robust this holiday season, amounting to $144 billion to $149 billion. E-commerce sales are expected to grow 14% to 18%, which would be better than growth of 11.2% in 2018.”In the holiday season, convenience is such a big factor,” Sides said. “I think we are going to see a crunch in convenience,” he said, with more shoppers buying online at the last minute and either picking up those items in stores or taking advantage of one-day or same-day delivery options.Expecting a strong holiday season, Target and Walmart have hiked their full-year earnings outlooks. Mall-based apparel retailers like Gap and Victoria’s Secret owner L Brands are the ones struggling to draw shoppers into stores without having to use heavy discounting and flash sales that weigh on profits.The S&P 500 Retail ETF (XRT) is down about 15% from a year ago.