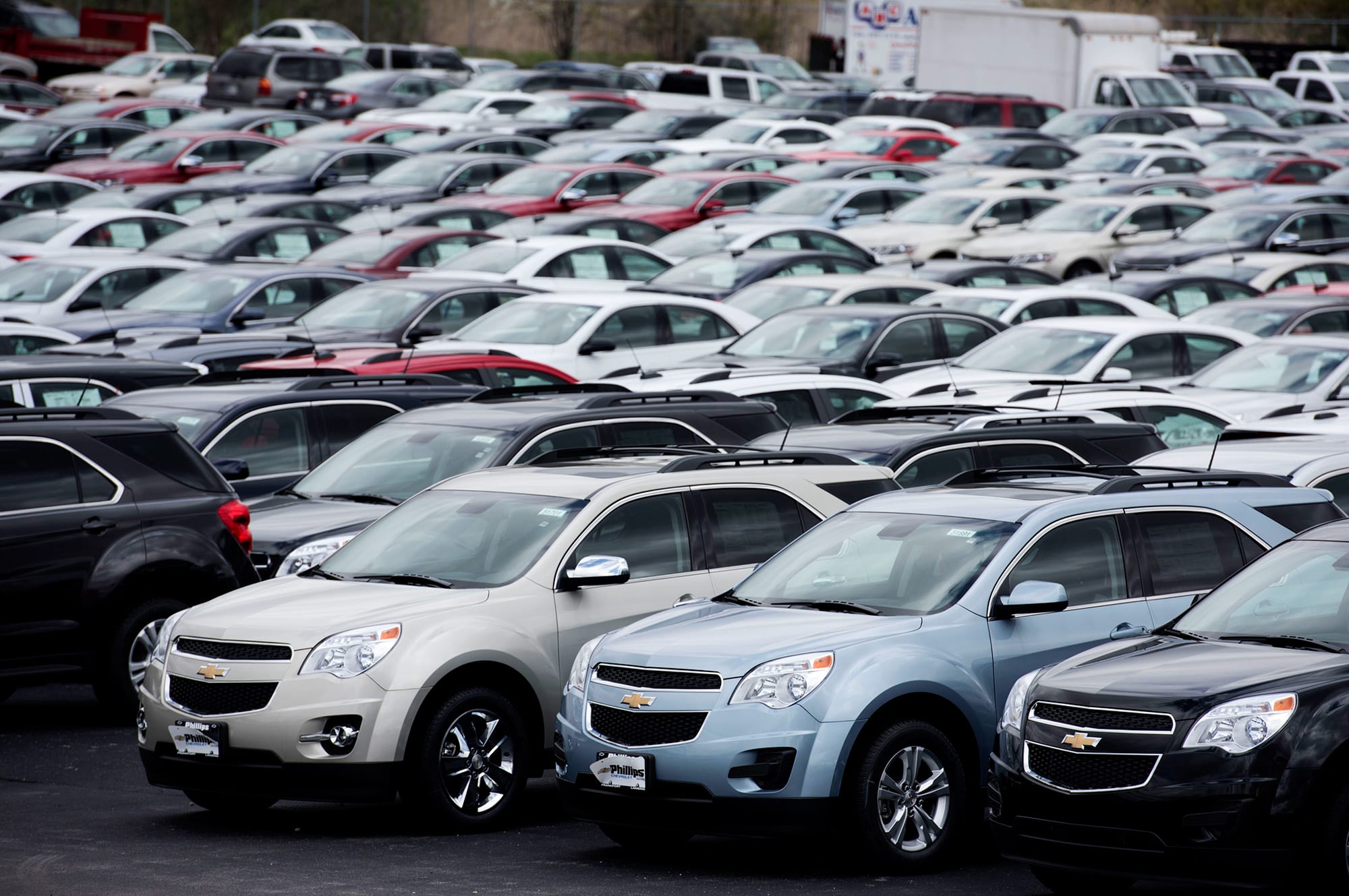 General Motors Co. (GM) Chevrolet vehicles are displayed for sale on the lot at Phillips Chevrolet car dealership in Frankfort, Illinois.Daniel Acker | Bloomberg | Getty ImagesThe strike against General Motors by 48,000 United Auto Workers Union members is set to enter its second week unless negotiators break through a series of reported logjams over the weekend.The walkout is costly for both GM and the UAW, but the longer it drags on, the more likely it is to be felt by consumers, as well, both those looking to buy one of the automaker’s new products as well as owners of vehicles needing repairs. In the weeks leading up to the contract deadline, Detroit’s largest automaker beefed up production to help pad dealer inventory, industry analysts noted. But that will only carry things for so long, especially with high-demand models, as well as hot new products like the 2020 Chevrolet Corvette. Complicating matters, the closure of GM parts distribution warehouses is already posing problems, especially for owners needing collision and recall repairs. “We got everything we need for this week, but that doesn’t mean that we won’t be short next week,” said Tiffany Sullivan, the manager at Rainbow Paint and Body, a collision repair shop in Savannah, Georgia, adding that she’s already been alerted about possible shortages by GM representatives. For now, a number of the dealers that CNBC.com spoke to said they were in reasonably good shape when it comes to new vehicle inventory. Typically, automakers like to have somewhere between 60 and 65 days’ worth of inventory on dealer lots, said Michelle Krebs, a senior analyst with Cox Automotive. But because of both the ongoing slowdown in the U.S. car market and a bump up in production in anticipation of a strike, GM was able to beef up its national inventory to about 77 days at the beginning of the strike, according to Cox data. The figures, however, vary sharply from one product line to another.There were 93 days of Chevrolet Silverado pickups, but only 57 days inventory of the popular Chevy Tahoe SUV, below the industry norm. And even those numbers can be misleading, cautioned Tim Jackson, the president of the Colorado Auto Dealers Association. He expects GM’s retailers in the Rocky Mountain state to burn through their allocations quicker than those elsewhere considering that light trucks make up 82% of their sales, well above the national average. “Right now, we have a cushion,” said Jackson, “but when you get to the hot products, like the high-end Silverado pickups (like the High Country model that can top $80,000), that’s where it’s going to be felt at the local level first. Complicating matters, Jim Hoffa, the president of the International Brotherhood of Teamsters, last weekend declared that his union would not deliver any GM products that had not already reached showrooms ahead of the strike. “Teamsters and the UAW have a decades-long relationship of having each other’s back,” Hoffa said. Neither GM nor the Teamsters would discuss how many vehicles might be tied up on factory lots or elsewhere, however. The shoppers who could be most impacted as the strike stretches on are those that placed custom orders, said Carla Bailo, the head of the Center for Automotive Research, or CAR, in Ann Arbor, Michigan. They will have to wait until factories start operating again, and even then, it could take a few days, possibly a week or more, before production gets back to normal. The strike will also hit hard those who have been waiting for many new 2020 models, especially those that were just getting into production. The highly anticipated, eighth-generation Chevrolet Corvette is one the products that could face the biggest backlog. GM and its dealers have already taken nearly a full year of orders, so those late on the list could be in for a much longer wait than expected, said Bailo. But “the real Achilles Heel,” at least in terms of serving customers, will be felt when it comes to repairs, both in GM dealer service departments and at independent garages and repair shops, said the general manager of one of GM’s largest Detroit dealers, asking not to be identified by name. Even a one-week shutdown, he said, can put his service department two weeks behind, in part, because it will have to wait until everyone is back to work and settled back in at GM warehouses before his dealership can place new orders. Having enough parts to meet ongoing recalls will be a problem for some dealers, but the bigger problem, he said, is with parts like bumpers and fenders needed to handle repairs, especially on older GM products. “We don’t know who will wreck their car but we’d have to have a warehouse the size of another dealership to keep all the parts we might need in store,” he said. People who’ve had collisions know they will have to wait, said CAR’s Bailo, but the longer the strike, and the longer the wait, the more likely “people are going to start screaming.” And while some might blame the union, it’s GM they’re most likely to get mad at. Longer term, the strike could impact consumers in another way. “We know the cost of (producing) vehicles is going to go up,” said Cox analyst Krebs, noting that consumers are already seeing the impact of things like President Donald Trump’s trade wars in terms of record prices at the showroom. In today’s competitive market, automakers have been trying to absorb costs, where possible, but the higher the price of an eventual settlement, the more likely it will be felt in rising sticker prices.

How NBC’s SNL firing could have been avoided and why it couldn’t
10 low-cost franchises you can start with $15,000 or less
To Top
error: Content is protected !!