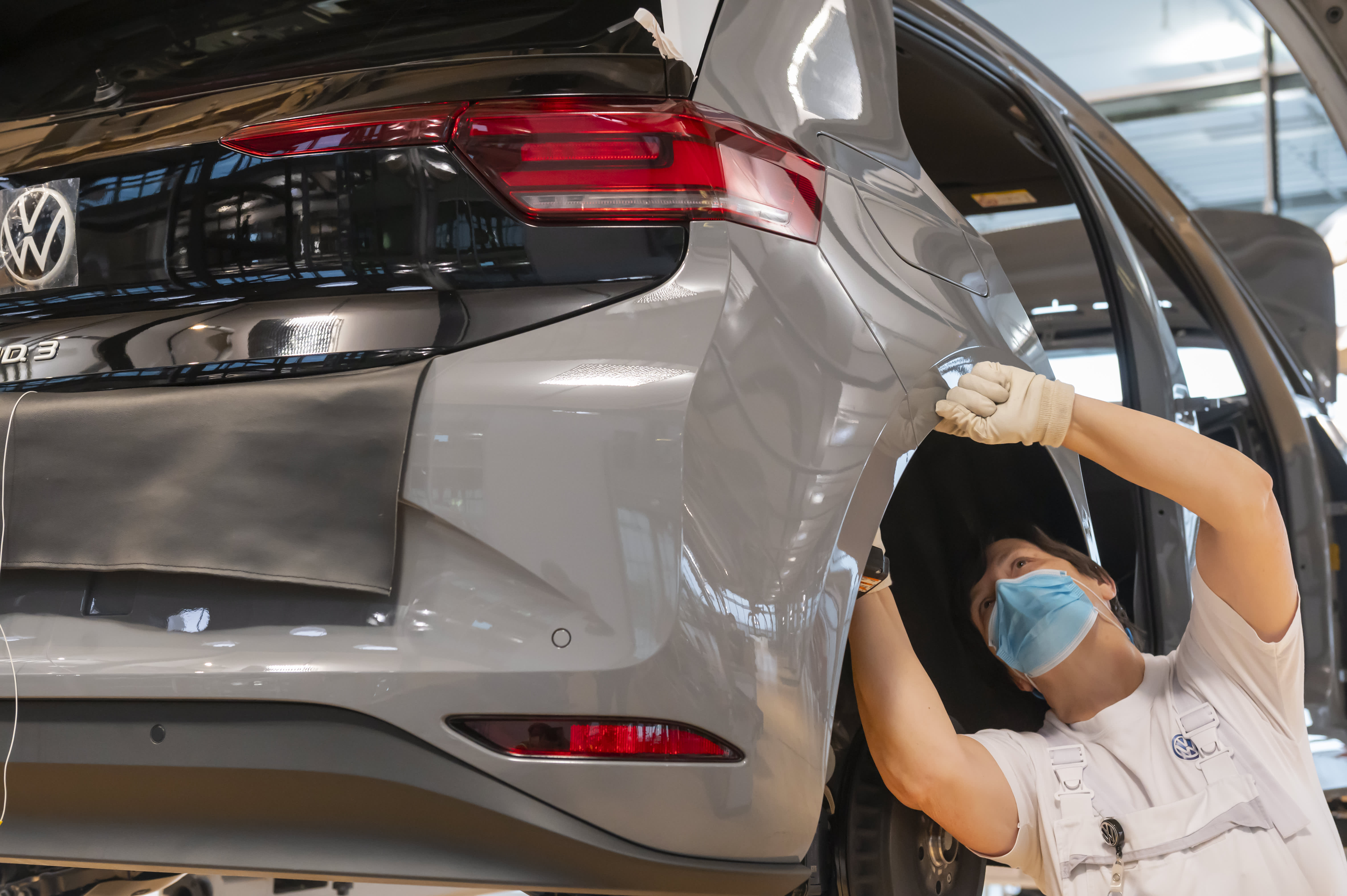 The underbody of an ID.3. electric vehicle being worked on at a Volkswagen facility in Dresden, Germany, on January 29, 2021.Matthias Rietschel | picture alliance | Getty ImagesThe shift to electric vehicles could affect thousands of workers in Germany over the coming years, the Munich-based Ifo Institute said Thursday.The Ifo’s study, which was undertaken on behalf of the German Association of the Automotive Industry, illustrates some of the potential challenges ahead as governments attempt to phase out diesel and gasoline vehicles in favor of low and zero emission ones. In a statement issued alongside the report’s release, the research institution said an estimated 75,000 production workers in Germany’s autos sector would retire by the middle of this decade.”But if by 2025 the production of cars powered by combustion engines declines to the extent foreseen under current emissions regulations, then the switch to electric motors will affect at least 178,000 employees,” it added.This cohort, Ifo explained, would consist of “workers who manufacture product groups that depend directly or indirectly on the combustion engine, with 137,000 of them employed directly by the automotive industry.”Ifo President Clemens Fuest described the “transition to electromobility” as “a major challenge, especially for automotive suppliers, where medium-sized companies are dominant.””It’s important to maintain highly skilled jobs in the remaining production of combustion engines and in electric vehicles without putting the brakes on structural change,” he said.A significant transition does indeed appear to be on the horizon. Germany’s federal government wants 7 to 10 million electric vehicles to be registered in the country by the end of this decade. In January Reuters, citing Germany’s road-traffic regulator, said battery-electric vehicle sales were over 194,000 in 2020, a three-fold rise.Looking at the bigger picture, the EU’s executive branch, the European Commission, wants at least 30 million zero-emission cars on the road by 2030 as part of its “Sustainable and Smart Mobility Strategy.”According to the International Energy Agency, roughly 3 million new electric cars were registered last year, a record amount and a 41% rise compared to 2019.Oliver Falck, who is director of the Ifo Center for Industrial Organization and New Technologies, sought to emphasize the systemic shift that was already taking place. “Developments in production figures are already showing us that very different parts are needed for electric cars than for combustion engines,” he said, noting that “this transformation has yet to manifest to the same degree in headcount.” “The transformation that can be expected in headcount won’t be fully cushioned by the retirement of the baby boomers,” he went on to explain. “Since companies are already aware of this gap, they have the opportunity to take appropriate measures in good time, such as retraining and further training.” According to Reuters, the Ifo’s survey “did not take into account the potential creation of new jobs in EV manufacturing or battery cell production.”

Peloton delays May launch of its less expensive treadmill in the U.S. to add safety features
Epic Games trial reveals Apple negotiations with Netflix, Facebook and Microsoft
To Top
error: Content is protected !!