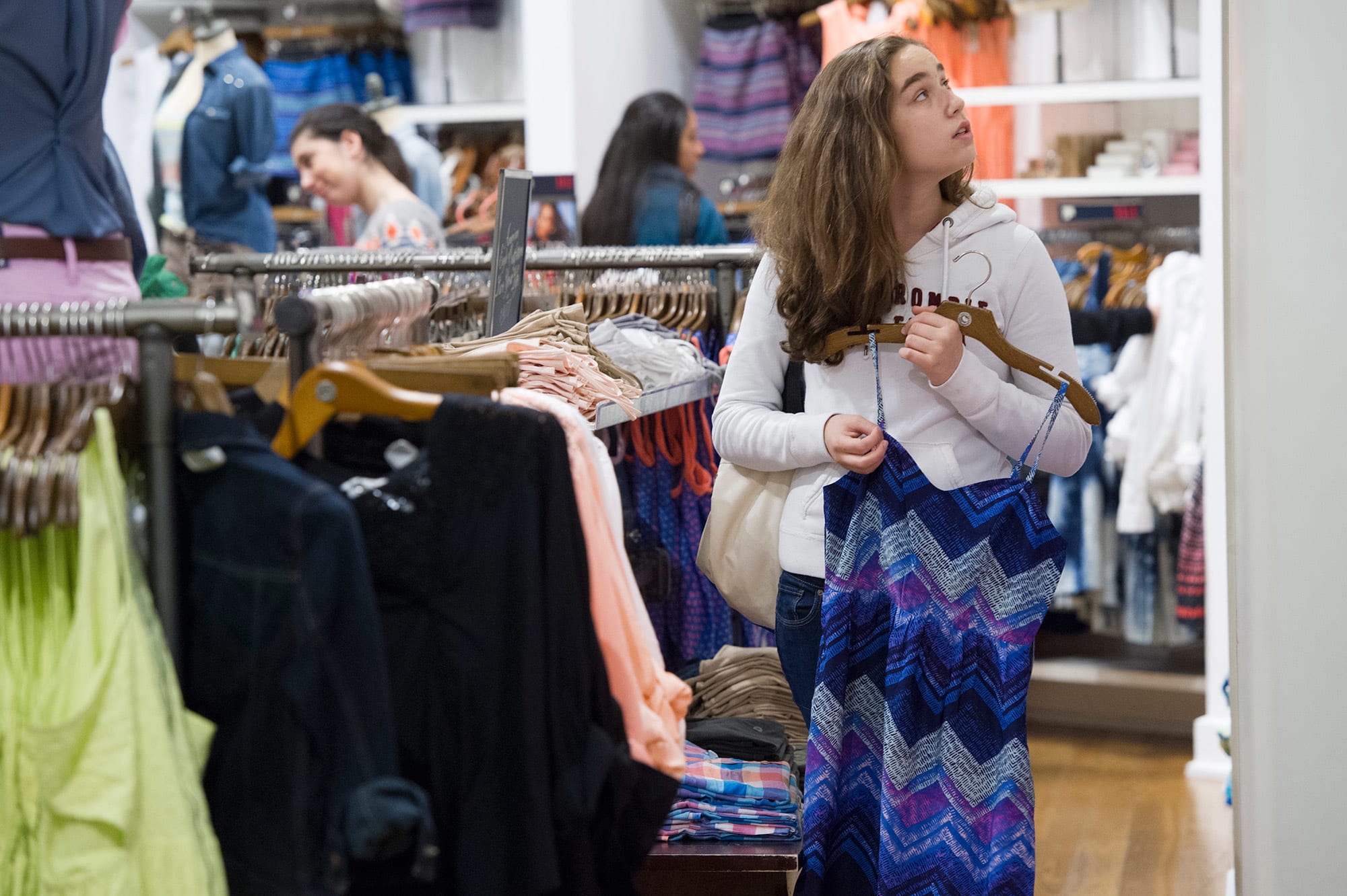 Shoppers look over merchandise at an American Eagle Outfitters Inc. store in San Francisco, California.David Paul Morris | Bloomberg | Getty ImagesBrick-and-mortar stores may have a surprising saving grace: the teen shopper.According to a new survey by A.T. Kearney, consumers ages 14 to 24 overwhelmingly prefer to do their shopping in stores, largely for mental health reasons. Eighty-one percent of Gen Z respondents said they prefer to purchase in stores, and 73% said they like to discover new products in stores.Brick-and-mortar stores allow for a new type of “retail therapy,” with 58% of the group say browsing shelves and clothing racks allows them to disconnect from social media and the digital world.”I think one of the things the survey shows us is that, despite being the first full generation of digital natives, Gen Z is looking at brick and mortar retailing as a way to, ‘disconnect,’ from the stress of social media while at the same time getting emotionally closer to the online influencers and celebrities they follow,” said Nora Kleinewillinghoefer, a principal at A.T. Kearney in a press release.The survey, which sampled 1,500 consumers across four generations, also found that because Gen Z is particularly stressed out, the group tends to purchase products in the health and wellness categories more than other generations.Forty-six percent of Gen Z said they were concerned about their health and mental well-being, compared with 38% of millennials. Nearly a quarter, or about 23% of Gen Z people surveyed, said they were stressed or overwhelmed by the news, and 22% reported being stressed or overwhelmed by social media.But even though Gen Z cares about being socially and environmentally conscious, they’re unwilling to pay more for those products. More than half said they are looking for products that are environmentally sustainable, but only 38% said they were willing to pay a premium for them.According to the data, retailers should also be more mindful of customer service and shopping experiences, both in stores and online. A poor online experience has prevented 22% of Gen Z shoppers from making a purchase three to five times in the past year. In a store that rate rises to 24%. By comparison, 15% of millennials halted an online purchase and 21% halted an in-store purchase three to five times over the past year because of lousy experience.

Here are five charts illustrating the U.S. economic amid the coronavirus pandemic