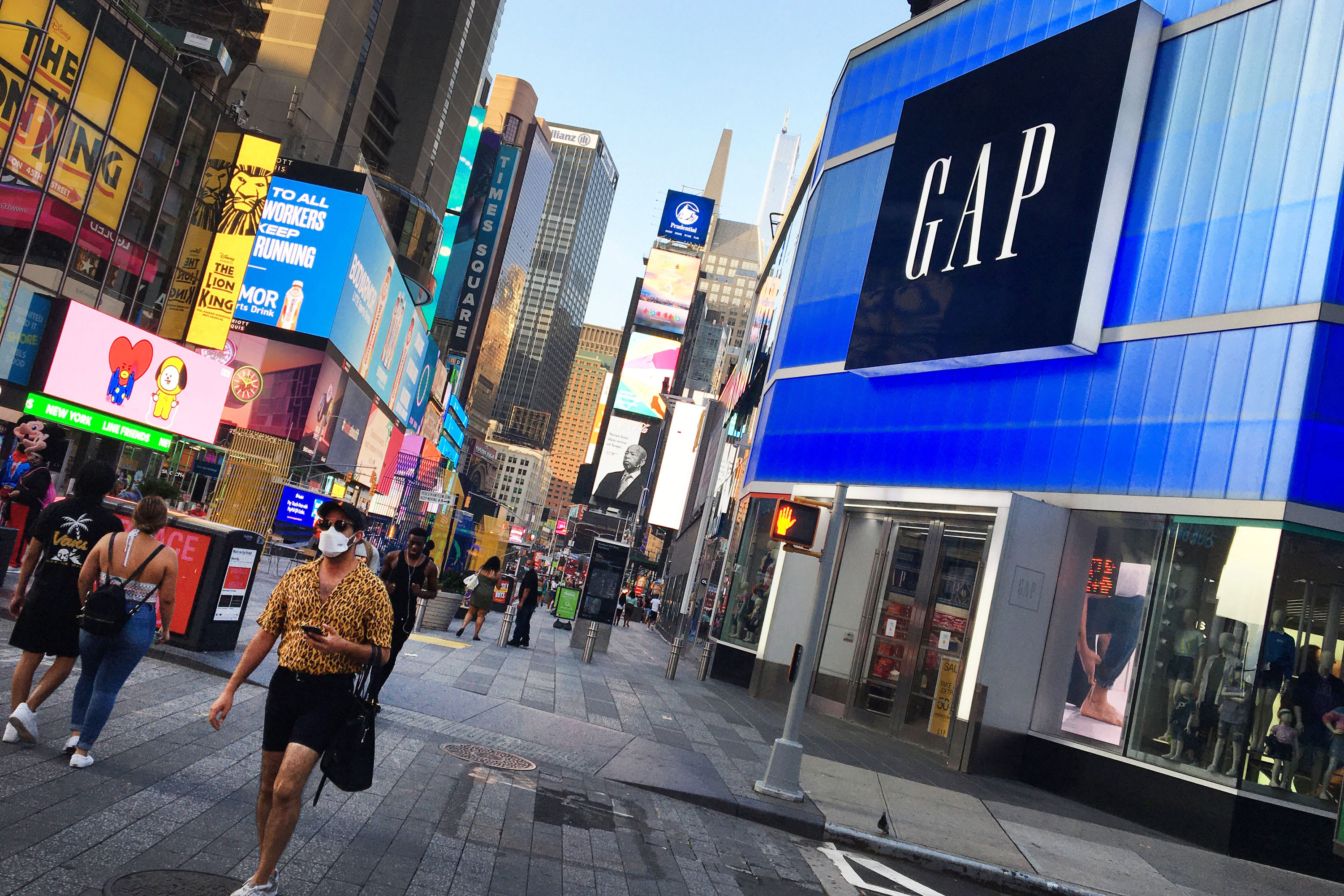 A Gap store in New York, August 2, 2020.Scott Mlyn | CNBCGap Inc. shares rose as much as 11% after the retailer revealed plans Thursday to shrink its store footprint by about 350 stores and switch to a business model that’s driven by e-commerce and off-mall locations.The apparel retailer, made up of chains Gap, Old Navy, Banana Republic and Athleta, shared the strategy at an investor conference. It said it expects to close roughly 30% of Gap and Banana Republic stores in North America by the end of fiscal 2023. By that time, it said, it plans to bring in about 80% of revenue from e-commerce and off-mall locations.It said about 75% of its North American closures will be completed by the end of fiscal year 2021.The company is re-evaluating its European business and could close stores there.These changes will help Gap Inc. to return to “profitable growth” next year, the company said.Gap has struggled along with other shopping mall staples during the coronavirus pandemic. It has pivoted to new ways to drive sales, including making face masks and turning some stores into online fulfillment centers. Its face masks, which it sells individually and in bulk, brought in $130 million in sales last quarter.Online sales and its activewear brand, Athleta, have been bright spots for the company during the pandemic. Its online sales grew by 95% and it gained 3.5 million new customers in the second quarter ended Aug. 1. Athleta was the only brand within Gap to report an overall increase in sales.It also announced a deal in June with Kanye West to develop an exclusive fashion line for its namesake store, a move that sent stocks soaring.As the retailer looks to rebound and stay relevant during the global health crisis, Gap executives said Thursday that they are making tweaks to its brands. Banana Republic, known for selling work wear like dresses and suits, will have a different assortment that’s focused on activewear, sleepwear and knits — with plans to return to its typical apparel when more people return to the office.Athleta and Old Navy are two banners the company said are on track for speedy and significant growth. Athleta CEO Mary Beth Laughton said the value of the brand could double to $2 billion by 2023. Old Navy, currently an $8 billion brand, could become a $10 billion one by that same year, the company said.Its namesake brand, Gap, has been one of the parent company’s weak spots. In three years, the company leaders said about 80% of its stores will be outside of malls.Gap shares hit a 52-week high in trading Thursday of $20.83. The stock has gained 9% since the start of the year, and has a market value of $7.7 billion.—CNBC’s Amanda Lasky contributed to this report.

Trump calls Fauci a ‘disaster,’ says people ‘are tired of Covid’
The NBA made it through its pandemic season, now it looks to 5G and VR in a post-Covid world
To Top
error: Content is protected !!