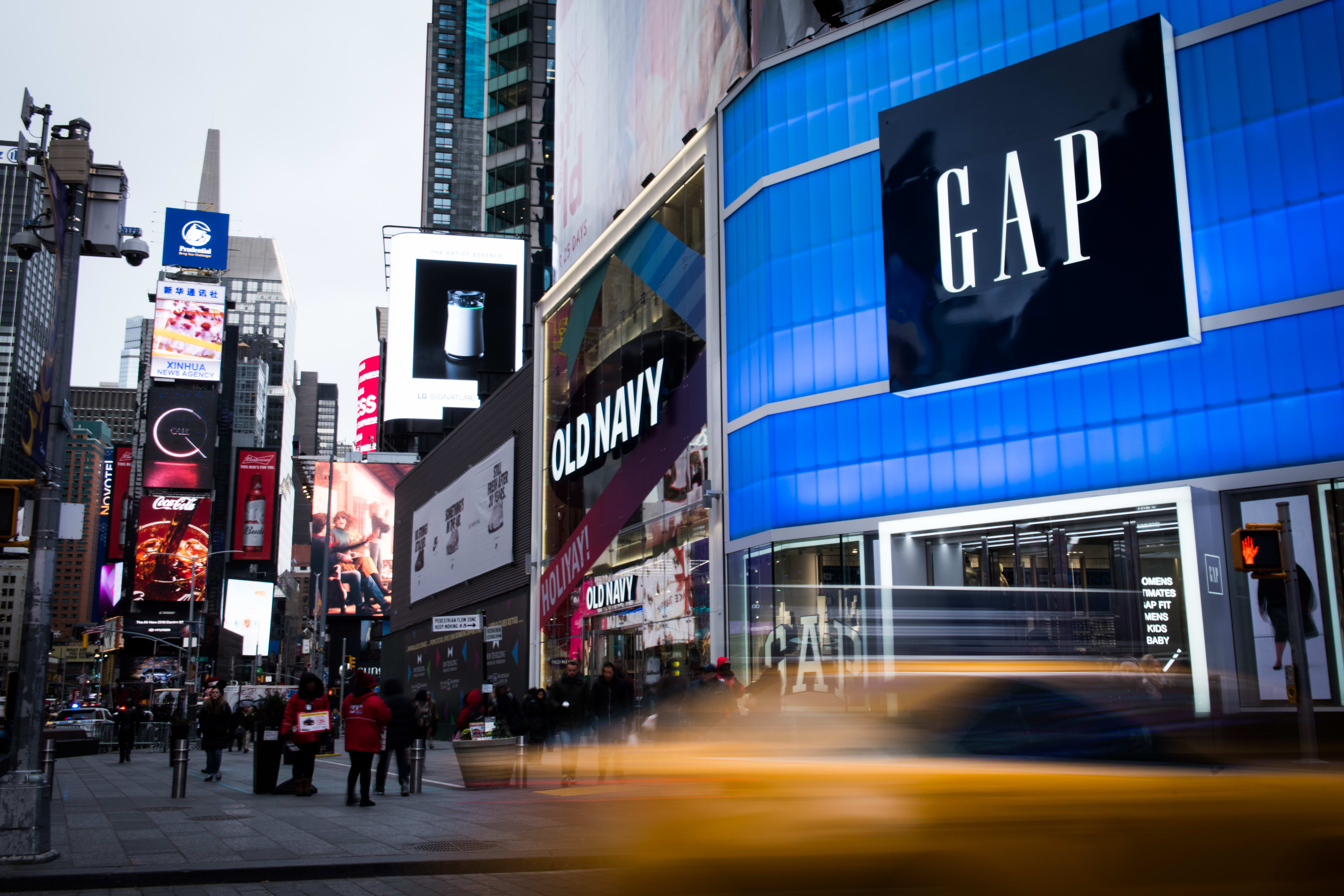 Pedestrians pass in front of Gap Inc. and Old Navy Inc. stores in the Times Square area of New York.

Gap Inc.’s second-quarter sales fell short of analysts’ expectations in what the apparel retailer’s CEO called a “challenging environment,” with all of its brands including Old Navy suffering a drop in demand, the company announced on Thursday.

Its shares initially slid more than 7% before recovering in after-hours trading following the news. Recently, the stock was down around 1%.

Here’s how Gap did for the quarter ended Aug. 3, compared with what analysts were expecting, based on Refinitiv data:

“We are operating in a challenging environment, but I remain confident in the strength of our brands and our plans for the future,” CEO Art Peck said in a statement.

Net income fell to $168 million, or 44 cents per share, from $297 million, or 76 cents a share, a year ago. Excluding one-time items, the company earned 63 cents, 10 cents ahead of estimates, based on a poll by Refinitiv.

Sales at all Gap Inc. stores operating for at least 12 months and its websites were down 4%, worse than an anticipated decline of 3.1%. A year ago, same-store sales climbed 2%.

At Old Navy, which typically has been the retailer’s strongest division, same-store sales dropped 5%. They were down 3% at Banana Republic. And the namesake Gap brand reported a same-store sales decline of 7% globally.

“Heading into the second half of the year, we remain highly focused on inventory and expense discipline to improve results,” Peck said.

Gap Inc. is still in the process of splitting its business and spinning off Old Navy into its own separate company, a deal it announced earlier this year. The move will leave Gap, Banana Republic, Athleta and Hill City in another holding company. That split is expected to be complete in 2020.

The company has, meanwhile, been shutting some of its namesake Gap stores, turning investments toward its stronger banners Old Navy and Athleta. Athleta, an athletic apparel brand for women akin to Lululemon, just recently signed its first sponsored athlete, track star Allyson Felix.

But Gap — being a mall-based retailer — still faces some of the same challenges that department store operators are facing, as it tries to sell clothing to consumers who are more frequently turning to platforms like Stitch Fix and Rent the Runway. Gap must also keep pace with fast-fashion players in the industry like Zara.

Mark Zuckerberg has sold $296 million of Facebook shares in August
Investors reportedly clamor to buy into Impossible Foods ahead of IPO
To Top
error: Content is protected !!