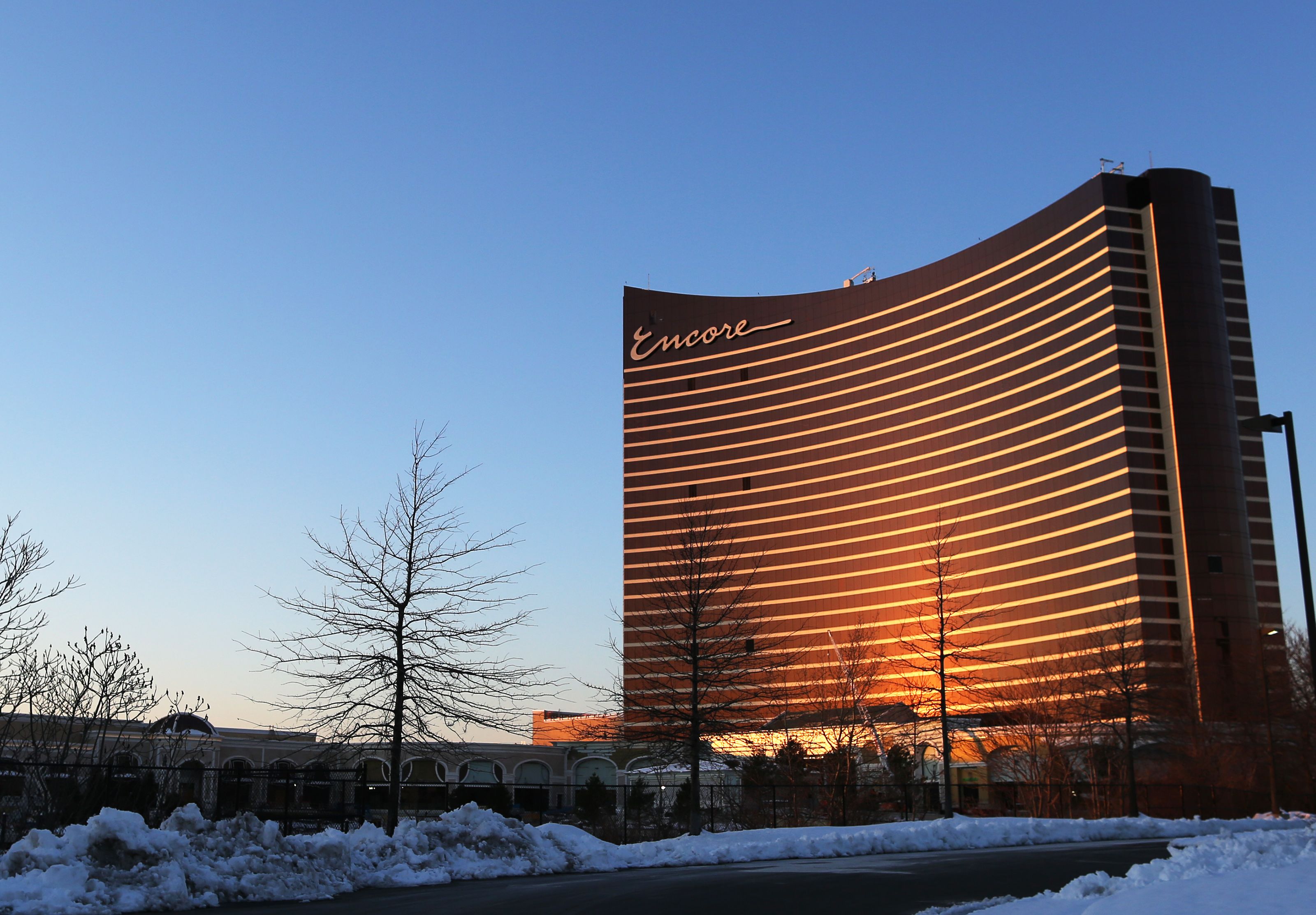 The Massachusetts Gaming Commission will allow Wynn Resorts to retain its gaming license but will fine the company $35 million, the commission announced Tuesday evening.

In a written statement, MGC Chair Cathy Judd-Stein said: “Ensuring public confidence in the integrity of the gaming industry and the strict oversight of the gaming establishments through rigorous regulation is our principal objective.” But “with that comes an equally significant duty of fairness.”

The decision clears the path for the global casino company to open its $2.6 billion property Encore Boston Harbor in Everett, Massachusetts, in June.

Wynn Resorts said in a statement that it had “received a copy of the Massachusetts Gaming Commission’s decision on suitability late today.” The company added that it is “in the process of reviewing that decision and considering the full range of our next steps.”

Regulators had tackled serious questions about the company’s suitability after investigators determined the company repeatedly and over years had turned a blind eye to employees’ accusations of rape, sexual harassment and other misconduct against founder and then-CEO Steve Wynn. He has said he had romantic relationships with workers but has consistently denied any coercion.

Jeffries gaming analyst David Katz says, “In terms of what expectations were for potential outcomes, this is at the positive end of the range. On the other end of the range — where Wynn couldn’t keep the license, the building or its executive team — would have been more disruptive to the company and the stock.”

On April 7, Jeffries upgraded Wynn Resorts to a buy rating with a price target of $170. “Our thesis is: this is the last big project they have. They go through a capital pivot where the spending stops and the cashflow goes up and the leverage goes down and it accretes to the equity value,” Katz said.

Harry Curtis, gaming analyst at Nomura/Instinet, says the commission’s decision “has long-term, positive implications for Wynn’s ability not only to compete, but to succeed, in larger scale, global destination markets.”

The company had defended itself by saying that it separated from its CEO shortly after the allegations were made public in The Wall Street Journal in January 2018. Wynn resigned on Feb. 6 that year and sold his entire stake by mid-March.

Wynn Resorts had contended the company is no longer about a single man. Executives and board members argued strenuously the company had reinvented itself, with new leadership, a new board with three new women as directors, new policies and a new commitment to transparency with regulators.

The MCG decision spares Wynn resorts from the much more damaging fate of losing its gaming license. The commission acknowledged all the internal changes and said, “Wynn is likely to be a successful operator in Everett.”

The commission also reviewed the suitability of CEO Matt Maddox and co-founder Elaine Wynn, Steve’s ex-wife, the only two individual qualifiers remaining from the original license application, and decided they are suitable.

Gaming regulators have voted to fine Maddox $500,000 for what they called his failures in enforcing company policy.

Also the commission is requiring the board to hire an executive coach for Maddox to focus on leadership development and will require the roles of chairman and CEO to remain separated for the 15-year term of the license.

Maddox was the longtime protege of Steve Wynn — and his appointed successor. In a three-day hearing in March, after investigators presented their report, regulators grilled Maddox about why he didn’t know about multiple settlements, complaints or mishandling of allegations.

In its post-hearing brief, Wynn Resorts responded: “… the settlements were known to very few within the Company who worked in silos, meaning that some individuals became aware of certain settlements, but not others.”

Wynn Resorts fiercely defended its CEO in the brief, arguing the commission applied the standard of suitability as “one that judges his leadership, which is not a statutory criterion in the Gaming Act.”

Regulators had pressed Elaine Wynn in the March hearing about why, as a board member, she hadn’t revealed to the board or to gaming regulators the existence of a 2005 multimillion-dollar settlement between Steve Wynn and a former employee. She testified in a hearing in February that she had fulfilled her responsibility by informing then-General Counsel Kim Sinatra.

Sinatra is among a number of former executives named and blamed by gaming regulators in both Nevada and Massachusetts for systemic failures to enforce company policy. The company says those employees are no longer with the company.

In February, the Nevada Gaming Commission fined Wynn Resorts a record $20 million for failing to protect employees and apply its own policies to Steve Wynn. But it followed up that decision with a letter to Wynn Resorts confirming that in Nevada, Maddox was determined to have met suitability requirements.

Wynn Resorts had held off announcing a date for its first-quarter earnings release and call while it waited on the decision in Massachusetts.