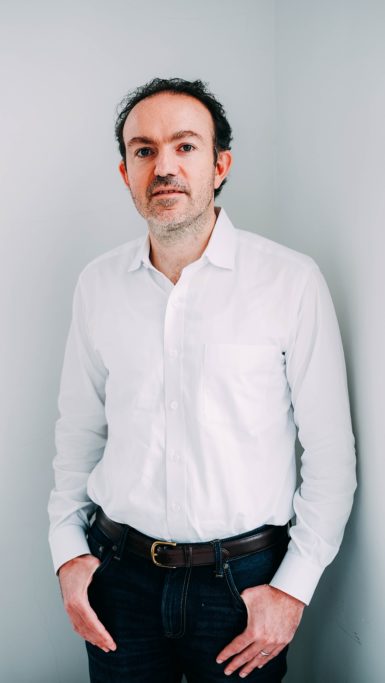 As the megagalleries continue to battle for market share, Gagosian Gallery, most often cited as the world’s largest gallery, is beefing up its technology team. Today the gallery shared exclusively with ARTnews that it has hired as a part-time senior adviser Sebastian Cwilich, co-founder of Artsy.

Back in January, Cwilich left his position as Artsy’s president and chief operating officer. He had been with the company for nine years, and co-founded it with Carter Cleveland. Next month, when he joins Gagosian, he will move into an advisory role.

Gagosian’s tech department is a relatively recent addition to the gallery, with the hire last year of a Chief Technology Officer in Gareth O’Loughlin, formerly Vice President of Technology at Caspar, the mattress company.

“Gareth and Sebastian are both leaders in the field, with a broad range of skill sets and unique perspectives on technology, business strategy, and operations,” said gallery founder Larry Gagosian in a statement to ARTnews. “They will be great additions to the gallery, enhancing and expanding our innovative work.”

Gagosian gallery was one of the first backers of Artsy, along with Russian collector Dasha Zhukova, a fixture of ARTnews’s Top 200 Collectors, and Airbnb founder Joe Gebbia.

“I’m thrilled to be working with Larry and the talented team at Gagosian,” Cwilich wrote to ARTnews. “The gallery has a clear track record of innovation that sets the pace for the rest of the industry: from international expansion, to museum-quality non-selling exhibitions, to publications and online viewing rooms, to more recent moves like hiring a CTO and expanding into the advisory business. As art industry change accelerates, I’m confident Gagosian is well-positioned to build on this track record and continue innovating and leading the industry. I’m looking forward to supporting Larry and the team in those efforts.”

Gagosian is one of few galleries in the world that is on a large enough global scale—with numerous points of entry including a shop, restaurants, website, and 17 galleries around the world—to benefit from using large amounts of data to help guide strategy. (Think “Moneyball”.)

O’Loughlin, who is based in New York, described the ways in which he is implementing technology within the gallery as “both operational and strategic.” Pointing out that the gallery “already has a very big capability on the content side,” he said that he is focused on “what we can be doing for collectors, artists and staff. Listening to their needs, and what would make their experience better. Looking at anywhere were technology could have an influence.”

Over the past year, Gagosian has been experimenting with online viewing rooms timed to major art fairs—the most recent one, during Art Basel Hong Kong, was devoted to a single work, an Albert Oehlen painting that the painting reportedly sold for $6 million, besting the artist’s auction record. But the new department is equally dedicated to using technology to enhance internal operations through things like a customized art database.

Sam Orlofsky, a longtime director in Gagosian’s New York headquarters, has been behind such initiatives at the gallery, including the online viewing rooms, and has been working closely with Gareth. “I’m interested in making the business as successful and productive as possible, both for Larry and for the artists,” Orlofsky told ARTnews. “I try to keep an open mind, looking at how other fields are evolving and seeing if there are ways that our field can evolve in similar fashion. Luckily I’m at a place that supports that.”

Like Orlofsky, O’Loughlin is on the gallery’s recently formed 24-member advisory board.

Alex Da Corte Will Be in Residence at Wexner Center -ARTnews