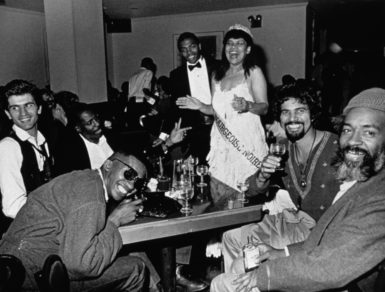 During the 1970s and ’80s, the New York gallery Just Above Midtown showed important early work from now-legendary black artists including David Hammons and Senga Nengudi. Today, the Pérez Art Museum Miami announced that its director, Franklin Sirmans, will curate a special section of this year’s Frieze New York art fair dedicated to the work of artists affiliated with the space. The fair takes place between May 2 and 5 in Randall’s Island Park.

Just Above Midtown was founded by Linda Goode Bryant—who at the time was the director of education at the Studio Museum in Harlem and just 23 years old—as a response to the lack of exhibition opportunities for African-American artists.

“Linda Goode Bryant’s gallery and its experiments with art and artists is the stuff of legend. She gave a home to artists now considered to be part of the canon when they had nowhere else to present their work,” Sirmans said in a statement. “If she had only showed David Hammons, Adrian Piper, and Lorraine O’Grady that alone would be enough to celebrate, but when considering JAM’s impact in totality, we discover evidence of the great history she created.”

A portion of fees from the galleries in the section will be donated to Project Eats, a neighborhood-centric urban agricultural program spearheaded by Bryant. A rundown of the artists slated for the special section follow below.

Christie’s to Offer Modigliani’s ‘Tête’ Sculpture With Estimate of $30 M. to $40 M. in New York in May -ARTnews
Benon Lutaaya, Maker of Contemplative Collages, Has Died -ARTnews
To Top
error: Content is protected !!