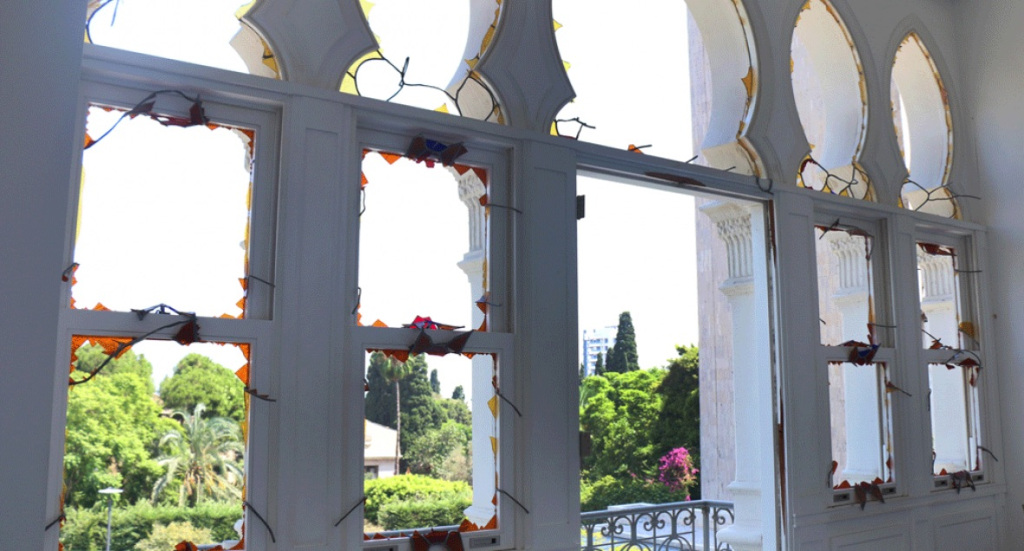 France has pledged €500,000  ($587,000) to the reconstruction of Beirut’s Sursock Palace and Museum, which sustained severe damage during the double explosion which devastated the port of the Lebanese capital last August. The blast killed around 200, injured thousands, and destroyed or damaged around 300,000 residences, and it caused the worst financial and political crisis in Lebanon’s history.
Situated less than a mile from the site of the blast, the museum suffered structural damage on its first floor, while its historic stained-glass windows decorating the villa’s façade were shattered. Images taken following the blast show portraits ripped from their frames, broken columns littering the floor, and collapsed ceilings. Around 57 works in the collection were damaged by the explosion.

The former palace of Lebanese collector Nicolas Sursock, the villa became a cultural landmark of the city during the 1960s. Its collection includes works by primarily Lebanese artists spanning the late 1800s to the early 2000s, as well as an extensive archive and trove of Islamic and late Ottoman artifacts.
The structure survived the country’s devastating civil war, which raged from 1975 through 1990, and had only reopened to the public in 2015 after a nearly decade-long refurbishment.
[After a destructive blast, Beirut’s art scene searches for new life.]
In a press conference at the museum last Friday, the French ambassador to Lebanon, Anne Grillo, announced that the French Ministry would finance repairs to the stained glass windows and the first floor, including the Arab Salon.
“Supporting heritage and culture is not a luxury,” she said. “It is paying tribute to Lebanon’s past and also looking towards the future; it is giving reasons to live, reasons to hope.”
The French ministry’s aid has previously worked to restore the city’s cultural treasures.  The Centre Pompidou in Paris has undertaken restoration of a portrait of Nicolas Sursock by Dutch-French painter Kees van Dong. The French state’s support of the Sursock Museum comes after the international fund RestART Beirut was launched to address the damage to the institution.
“This support is a testament to France’s commitment to the safeguarding of cultural heritage in Lebanon,” wrote the Sursock Museum on social media.