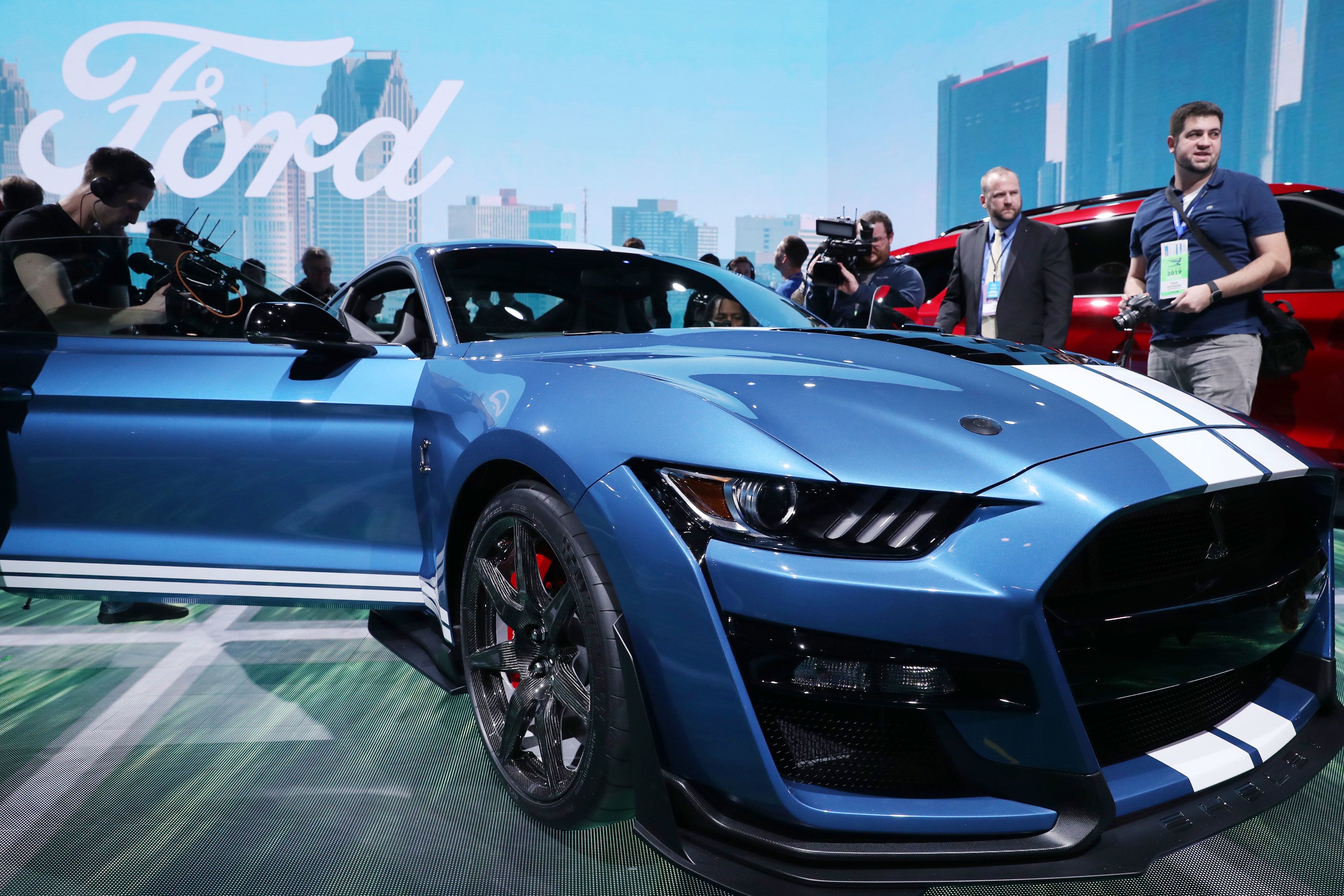 Members of the media look over the 2020 Ford Mustang Shelby GT500 after it was revealed at the North American International Auto Show in Detroit, Michigan, January 14, 2019.

Ford announced Wednesday more details for the 2020 Mustang Shelby GT500, the carmaker’s most powerful street-legal car yet with 760 horsepower and 625 lb.-ft of torque.

The Detroit automaker debuted the car in January, saying it could go from 0 to 60 miles per hour in the “mid-3 second range.” The GT500 features a 5.2 liter V-8 engine and is projected to be able to complete a quarter mile in under 11 seconds.

The new Mustang is not available for order yet, but it will be in dealerships this fall, according to spokesperson Daniel Barbossa. The third-generation GT500 also has a Carbon Fiber Track package without a rear seat to reduce weight.

Beyond Meat’s vegan burger is heading to HelloFresh meal kits

Biden team to meet with coronavirus vaccine makers this week