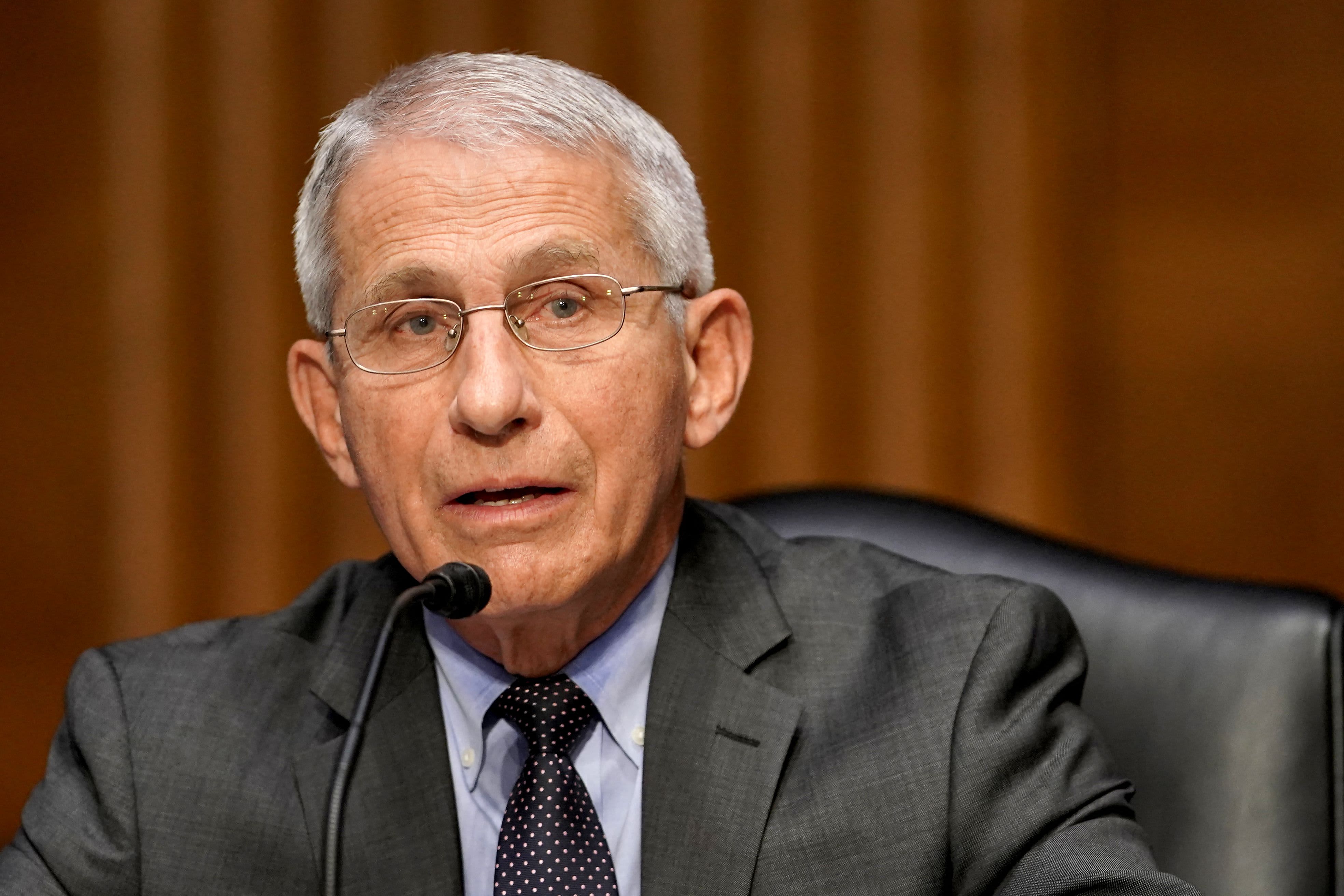 Dr. Anthony Fauci, director of the National Institute of Allergy and Infectious Diseases, speaks during a Senate Health, Education, Labor and Pensions Committee hearing to discuss the on-going federal response to Covid-19 on May 11, 2021 at the US Capitol in Washington, DC.Greg Nash | AFP | Getty ImagesWhite House chief medical advisor Dr. Anthony Fauci said Wednesday the delta variant now accounts for roughly 20% of newly diagnosed cases in the U.S. and will become the dominant Covid strain in the nation in a matter of weeks.”It just exploded in the U.K. It went from a minor variant to now more than 90% of the isolates in the U.K.,” Fauci said on NBC’s “TODAY” show. Fauci said the variant has a doubling time of about two weeks and currently accounts for 20% of the isolates in the U.S., which are newly diagnosed infections. “So you would expect, just the doubling time, you know, in several weeks to a month or so it’s going to be quite dominant, that’s the sobering news.”The variant, which first emerged in India, has quickly swept across the globe. World Health Organization officials said Monday that delta has been found in at least 92 countries. Dr. Mike Ryan, head of WHO’s emergencies programs, said the variant is the fastest and fittest coronavirus strain yet, and it will “pick off” the most vulnerable people, especially in places with low Covid-19 vaccination rates.At a White House Covid briefing Tuesday, Fauci called the variant the greatest threat to U.S. efforts to contain the pandemic. CDC Director Dr. Rochelle Walensky said the variant is “hyper” transmissible, and she urged people to get vaccinated.Studies suggest it is around 60% more transmissible than the alpha variant that emerged in the U.K. last fall and was already more contagious than the original strain that emerged from Wuhan, China, in late 2019.Dr. Barbara Taylor, an associate professor of infectious diseases at UT Health San Antonio, said she’s worried the U.S. will likely see a lot of the delta variant in the summer and fall.”We’re all pretty concerned about it,” she said. “It looks like it’s more transmissible, it looks like it can reinfect people who’ve already had Covid. It looks like it causes more severe disease and in some settings, it appears it has increased mortality.”She said it’s especially worrisome for people who haven’t been vaccinated yet and adds “a lot of urgency” to vaccination efforts both in the U.S. and globally.”When you think about Texas where we’ve had wide variations in vaccinations between urban and rural areas and have had issues with both vaccine access and uptake, it means a lot of our community is at risk to a variant that appears to be more transmissible and severe,” she said.President Joe Biden said last week the variant was especially dangerous for younger people who have the lowest vaccination rates. As of Friday, the variant accounted for 10% of all new cases in the U.S., up from 6% the week before.”It is a variant that is more easily transmissible, potentially deadlier and particularly dangerous for young people,” he said Friday.The U.S. has vaccinated 177.6 million people with at least one dose, roughly 53% of the population, according to data compiled by the Centers for Disease Control and Prevention. Just 13.6% of 18-to-24-year-olds have had at least one vaccine dose in the U.S., compared with 26% of people ages 50 to 64, the data shows.