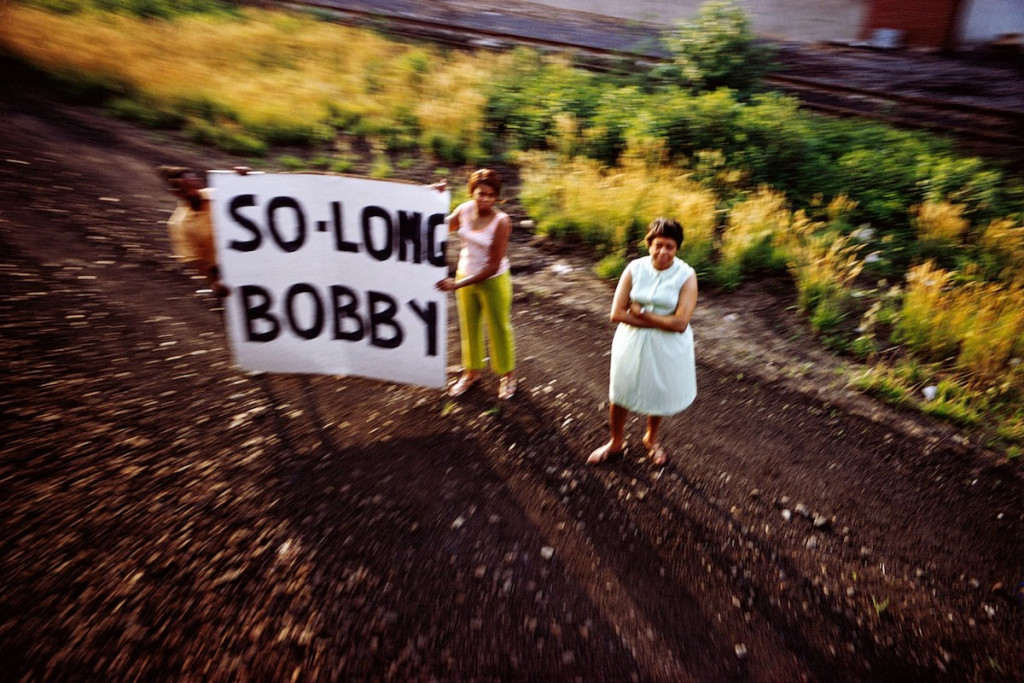 Paul Fusco, a member of the Magnum Photos collective who trained his eye on marginalized communities across the United States, died Wednesday. Magnum Photos confirmed the news in an obituary on its website, but did not state a cause of death or age.
“Magnum Photographers from across the generations remember [Fusco] for the inspiration his work gave them as well as his generosity within the community,” Magnum’s president Oliver Arthur said in a statement. “His presence will be missed and his legacy will be remembered.”
Working on commission for various publications, from TIME magazine to the New York Times, Fusco took as his focus a variety of subjects, including workers striking in California, Zapatista revolutionaries in Mexico, the community surrounding Chernobyl, and people living with HIV-AIDS. But his most famous series was one that was not well-known until recently.

That series, published as a book called RFK Funeral Train, was a last-minute assignment from Look, where Fusco was a staff photographer. For the 1968 series, Fusco boarded a train containing the body of Robert F. Kennedy—the former U.S. Attorney General and presidential candidate who was assassinated earlier that year—and photographed the people who came out to marvel as it traveled up the Northeast corridor. Fusco’s series was not well-known until Aperture reprinted it in 2008—only two photographs from it appeared in the pages of Look, both of them in black and white—and it was made famous by a San Francisco Museum of Modern Art exhibition in 2018.
As critic Louis Menand pointed out a New Yorker review of the SFMOMA exhibition, which focused on documentation of the funeral train at large, the subject of Fusco’s gripping photographs was not RFK but death itself and the end of an era defined by optimism. “There is a nakedness in them that is rare in public—these people don’t think that anyone is looking at them—a nakedness that many photographers have tried to capture,” Menand wrote. “It’s here.”
Paul Fusco was born in 1930 and shot pictures for the United States Army Signal Corps in Korea during the early 1950s. He ultimately studied photojournalism at Ohio University in Athens, graduating in 1957. He soon moved to New York City, first becoming a staff photographer for Look magazine, where he worked until 1971. After Look folded, Magnum approached him to join their collective in 1973, first as an associate and then a full member the following year. He also contributed to TIME, Life, Newsweek, the New York Times Magazine, Mother Jones, and Psychology Today, among other publications.

For Fusco, the RFK series spoke less to the individuals he captured than it did to the country’s collective conscious. Asked by SFMOMA to point out his favorite work from the series, he replied, “Can one photograph alone reveal, ignite, bring to life the enormous power of pain, passion, confusion, anxiety, a swelling tragic loss of hope and dreams roaring through the ravished crowds? I doubt it.”