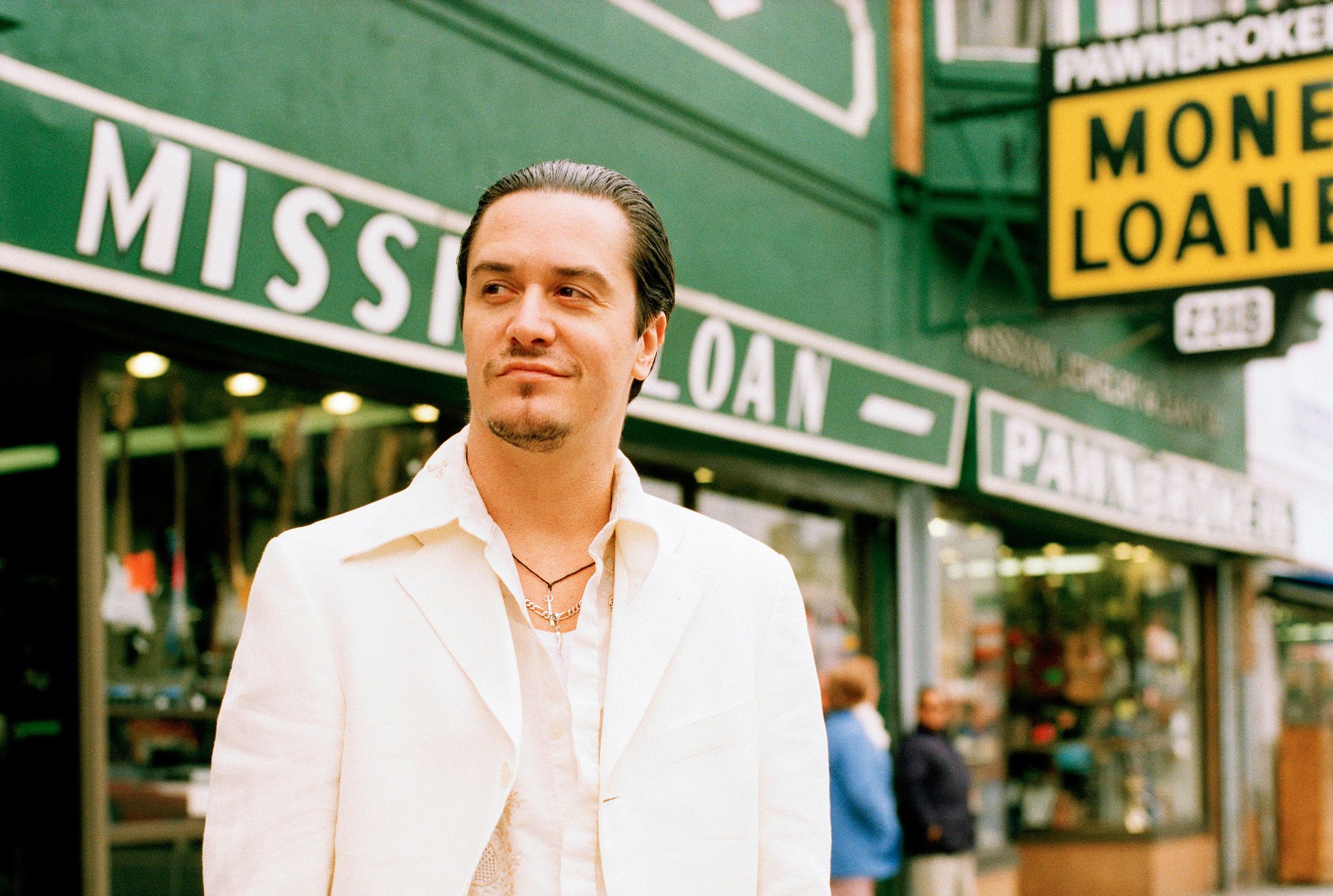 Mike Patton had never stepped foot in a recording studio before he joined Faith No More three decades ago. Yet there he was, barely in his 20s, fronting the California band as it released what would be its breakthrough album, “The Real Thing.”

The record, released June 20, 1989, went platinum and netted a Grammy nomination for best metal performance. The band toured for more than two years on it.

“The Real Thing” spawned a hit single, the rap-metal anthem “Epic,” which went gold, netted its own Grammy nomination and became a staple of rock radio for years. Its accompanying music video, which animal rights activists ripped for its footage of a dying fish, was an MTV favorite. In 1990, the band, introduced by host John Goodman, unleashed a raucous performance of “Epic” on “Saturday Night Live” that featured Patton climbing into one of the set’s giant fans.

The success and exposure came “fast and furious,” as Patton, now 51, puts it in a recent phone interview with CNBC. The experience also made him “cautiously pessimistic” about the music industry. But he laughs when he says this.

“Not to make it all sound bad,” he clarifies. “You really had to learn on the fly — learn that maybe the record company’s on your side, maybe they’re not. Developing a sense of smell, learning when to let your guard down and learning when to be protective.”

Patton would eventually put those lessons to work as the co-owner of his own music business, Ipecac Recordings. And it has turned a profit every year since it was founded on April Fools’ Day 1999, claims co-owner Greg Werckman.

Patton, who is notorious for his prolific output and workaholic nature, kept chugging along after Faith No More dissolved in 1998. Much of the music he continued to make would end up being too esoteric, odd or experimental for traditional record companies. So Patton and his manager, Werckman, launched the indie label, which is named after a chemical that induces vomiting. Indeed, the company’s slogan is “Ipecac Recordings … making people sick since 1999.”

“To be honest, Mike and I did not set off on starting a label, per se,” says Werckman, 54. “We just wanted an outlet for Mike to put his releases out.” Ipecac’s first release was the self-titled debut from Fantomas, a supergroup featuring Patton and heavy-music veterans guitarist Buzz Osborne of the Melvins, drummer Dave Lombardo of Slayer and Mr. Bungle bassist and co-founder Trevor Dunn.

Patton says he had three or four records at the time for which he couldn’t find a home, and coming up with Ipecac came from “getting turned down by other labels and saying, wait a sec, we might have to start creating our own universe, where this can have a home.”

Other artists struggling to find a place for their own outside-the-box music, even despite their own solid track records, caught wind of the project and wanted in, including Osborne and the Melvins, who had been a massive influence on the grunge genre that spawned bands like Nirvana and Soundgarden. “If we were really going to be setting this up as a label, he’d want to be involved,” Werckman says.

Ipecac grew into a magnet for artists with really personal or experimental projects that might not otherwise catch on. The label’s website boasts connections with more than 100 acts, many featuring Patton himself, including this September’s “Corpse Flower” with French pop composer Jean-Claude Vannier. “We’ll put out a country record. We’ll put out a comedy record. Spoken word. Film soundtracks. Avant garde noise,” Patton says.

Ipecac stays profitable by bucking industry norms — and not just by deliberately seeking talent outside the mainstream. Werckman and Patton also maintain a lean and simple business model.

“We don’t feel the need to throw thousands of dollars into our overhead and say, well, we’ve got to have a music video that’s going to be on YouTube and get views on Vevo,” Werckman says. “That’s not really what is expected from us from our fan base. That’s also not what we’re comfortable with.”

The label is based just outside of Berkeley in Northern California, where Werckman lives. It has only two employees outside of Patton and Werckman: one in Los Angeles, where much of the music business is located, and another in New York, which is home to Ipecac’s distributor. Patton, who splits time between Northern and Southern California, is the “creative fisherman” who seeks out new talent, while Werckman focuses more on the nuts and bolts of the business. Both co-owners have to agree on which albums to release.

As the industry becomes increasingly digital, Ipecac still puts a lot of time and care into its physical media releases, including compact discs and vinyl.

“Yeah, it’s old fashioned and maybe we’re dinosaurs in that regard,” Werckman says. Even though the label was founded just as digital music platforms like Napster were altering the business, Ipecac’s fans still want something physical — “like a fetishistic thing,” Patton adds.

CD sales are down across the board, as big retail chains such as Best Buy cut back on inventory and smaller stores struggle to survive. But production costs haven’t really gone up, according to Werckman. Ipecac focuses on selling through its online store while depending on its touring acts to push albums.

“The Melvins tour constantly,” Werckman says. “They are the most successful record store we have.”

Ipecac keeps budgets down when it comes to promotion and production. Patton himself does a lot of recording in his home studio, so that saves a bunch right off the bat. The label might cough up a couple thousand bucks to help a band pay for its recording process, but it doesn’t dish out the kinds of advance payments the big record companies pay artists. Instead, Ipecac pays higher royalty rates and has licensing deals instead of long-term deals.

“At any moment, any of our bands can take their records and leave,” Patton says. But there’s a catch: “Likewise, at any moment, we can stop selling our records.”

Still, it’s rare for a band to divorce itself from Ipecac. Werckman estimates that he sends about 80% of Ipecac’s artists royalty checks every six months. Records that have sold only about 1,000 copies have turned profits, he adds.

“If you’re looking to get instant rich, we’re the wrong place, because we’re not going to give you a big advance,” Werckman says. “But when you start with small expectations you’d be pleasantly surprised.”

Sometimes there are exceptions, and Ipecac might have to shell out a little more cash up front for an album’s production process. That’s what happened when Faith No More decided to get back in the studio to record 2015’s “Sol Invictus,” the band’s first album since “Album of the Year” in 1997.

Faith No More was used to having major label support behind it, having put out albums through Warner Music Group subsidiaries, but the budget had to come down for the process to work with Ipecac. That put Patton in a “delicate” position, as he describes, since he was acting as a member of the band and the label’s co-owner.

“It was almost like there were times I felt like, gosh, is this a conflict of interest?” he says. “I did have to tread lightly and make sure everybody was happy and comfortable with the whole thing and that I wasn’t really too pushy about anything.”

And yet it all worked out. The band did much of the recording itself, which saved money, and having Patton, the label’s co-owner, present throughout the process made things more efficient. The album was a big seller for Ipecac. It spent four weeks on the Billboard 200, peaking at no. 15.

Because they weren’t accountable to some big corporation, Patton and his bandmates were able to focus more on fashioning “Sol Invictus” the way they wanted, from top to bottom, with exacting care paid to the smallest detail. The result embodies the ethos that led Patton and Werckman to found Ipecac two decades ago.

“Do whatever the f— you want,” Patton says. “That’s what I always dreamed of a record company asking me to do. That’s a deal I would sign up for.”