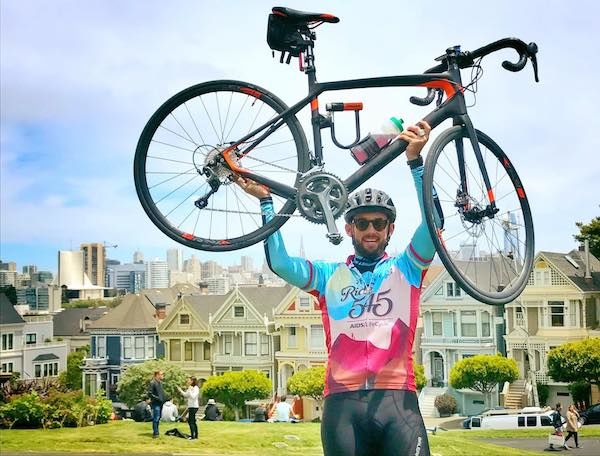 Aaron Endre, 33, of San Francisco, has listed himself on Facebook “as a man interested in other men” in his profile. He follows news about queer issues, and he is regularly targeted with ads in his feed that indicate that both Facebook and Instagram are aware of his sexual orientation.

Yet, Endre has been getting nudges on his Facebook feed to donate blood every few days, despite his efforts to mute them.

A screenshot of Endré’s Facebook profile, reminding him to give blood

For Endre, the ads serve as a painful reminder that he is not currently allowed to give blood, despite his desire to do so.

He views it as a “travesty” from a public health perspective that Facebook would show him reminders, given the policies in many countries that prevent gay men from donating blood for three months, a year or even indefinitely following their last sexual encounter with another man.

In about 20 countries around the world, men who have sex with other men are banned from giving blood altogether.

Meanwhile, Facebook’s Blood Donations feature was introduced by the company to users in India, Brazil and Bangladesh in 2017 as part of the company’s Social Good team. The feature launched in the U.S. last month. With the feature, users can sign up to receive notifications whenever nearby blood donation centers need donors.

Facebook partnered with America’s Blood Centers, the American Red Cross and others for the tool, according to a company blog post in June.

In 2015, the U.S. Food and Drug Administration relaxed its lifetime ban on men who have sex with other men giving blood to a one-year deferral.

The issue is still debated, as other countries, such as France, have relaxed their restrictions further still.

Some believe they should be reconsidered altogether. As one Atlantic writer put it: “To place the same restrictions on monogamous gay couples as those placed on straight men who have unprotected sex with multiple partners, or intravenous drug users, is simply inexcusable policy.”

Mark Milleville, 29, of Oakland, said he saw two posts from Facebook encouraging him to donate blood in the past week. Milleville is gay, is listed as gay in his Facebook profile and said that Facebook’s ad preferences tool has him listed as interested in topics including “LGBT community” and “Homosexuality.”

“I’m angry that donating blood is still an issue for men who have sex with men and that Facebook is rubbing it in my face,” Milleville told CNBC.

At least a dozen other gay and bisexual men have shared on social media that the Facebook blood donation feature is “offensive” or “insulting,” and several have asked for Facebook not to target them with these reminders, according to a CNBC search.

In Australia, some users were particularly surprised to find an ad featuring a gay couple and asking for blood donations. The ad ran on Facebook but isn’t a Facebook ad.

‘An unfortunate side effect’

One public health expert who has advised Facebook told CNBC that the blood donation feature is a positive tool overall, especially when there are critical shortages of blood in various regions. But there are implications in targeting everyone that Facebook might not have fully considered.

“This is an unfortunate side effect of a promising tool,” said Sherry Pagoto, a professor at the University of Connecticut, who specializes in technology and public health. “It’s a good example of Facebook trying to do something with a good intention, but perhaps not playing through the various unintended consequences.”

Pagoto noted that one way Facebook could improve on this front is to “bring in more public health experts to the table.”

She said the company does occasionally, however, seek outside feedback. She has advised the company on public health issues previously and visited the companies’ headquarters in the fall of 2018. And Facebook does offer a page on its site to explain how its users can mute notifications by declining to be a blood donor.

“We don’t target people based on their sexual orientation or their ability to donate blood,” said a Facebook spokesman in a statement to CNBC. “Our blood donation feature was developed to help increase awareness of the critical need for blood donation nationwide, especially given the declining donor pool and seasonal shortages our partners are experiencing.”

The Red Cross said it appreciates Facebook alerting the public to participate in the blood donation process.

“The number one reason why people don’t participate is that they are not asked — and Facebook’s blood donation tool helps alert people about the critical need to help hospital patients,” a spokesperson said.

The Red Cross also noted that it doesn’t decide eligibility since that’s the job of federal regulators.

But some Facebook users say there should be an easier and more intuitive way to turn off these notifications, given the current FDA guidelines.

Dale Stephens, 27, an executive coach based in San Francisco, also got the Facebook alerts to give blood, when he was not able to do so.

“It’s a frustrating reminder of the small ways in which the world is still unequal for queer people,” he said.

Starbucks adds executives from Domino’s, Nike and Apple to its board