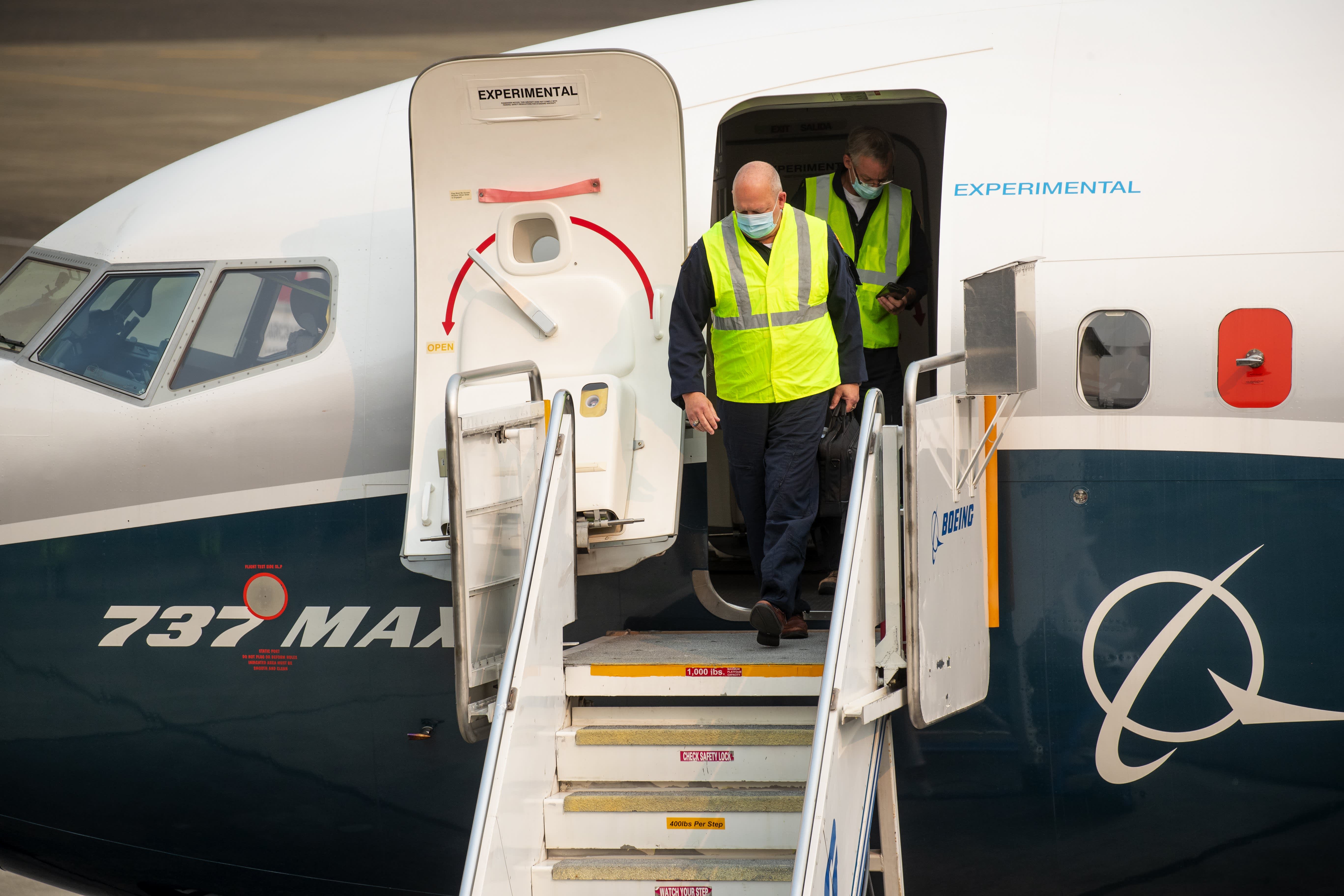 The head of the Federal Aviation Administration on Wednesday said he is “100% confident” in the Boeing 737 Max following a nearly two-year grounding of the planes after two fatal crashes.”It’s the most scrutinized transport airplane in history and it’s ready to go,” FAA Administrator Steve Dickson said less than an hour after signing an order to clear the planes to fly again.Design and training changes implemented after the crashes make it “impossible for the airplanes to have the same kind of accidents that unfortunately killed 346 people” as Lion Air Flight 610 in October 2018 and Ethiopian Airlines Flight 302 in March 2019, Dickson said in an interview with CNBC’s “Squawk Box.” Dickson, a former airline pilot, flew the updated 737 Max himself in September. “Those conditions can no longer happen.”The crashes of the nearly new 737 Max jets, both shortly after they took off, prompted a worldwide grounding of what had been Boeing’s bestselling aircraft.Pilots in both Max flights that crashed battled the planes’ automated flight-control system, which has been at the center of several investigations into the crashes. Pilots weren’t informed about the system and mentions of it had been removed from training manuals when they were delivered to airlines. Boeing has since changed the system to give pilots greater control and install more redundancies.Dickson said he plans to speak with the family members of the crash victims on Wednesday.Steve Dickson, administrator of the Federal Aviation Administration (FAA), wears a protective mask while exiting a Boeing Co. 737 Max airplane after a test flight in Seattle, Washington, U.S., on Wednesday, Sept. 30, 2020.Mike Siegel | Bloomberg | Getty Images

Telemedicine apps like American Well are thriving because of moms