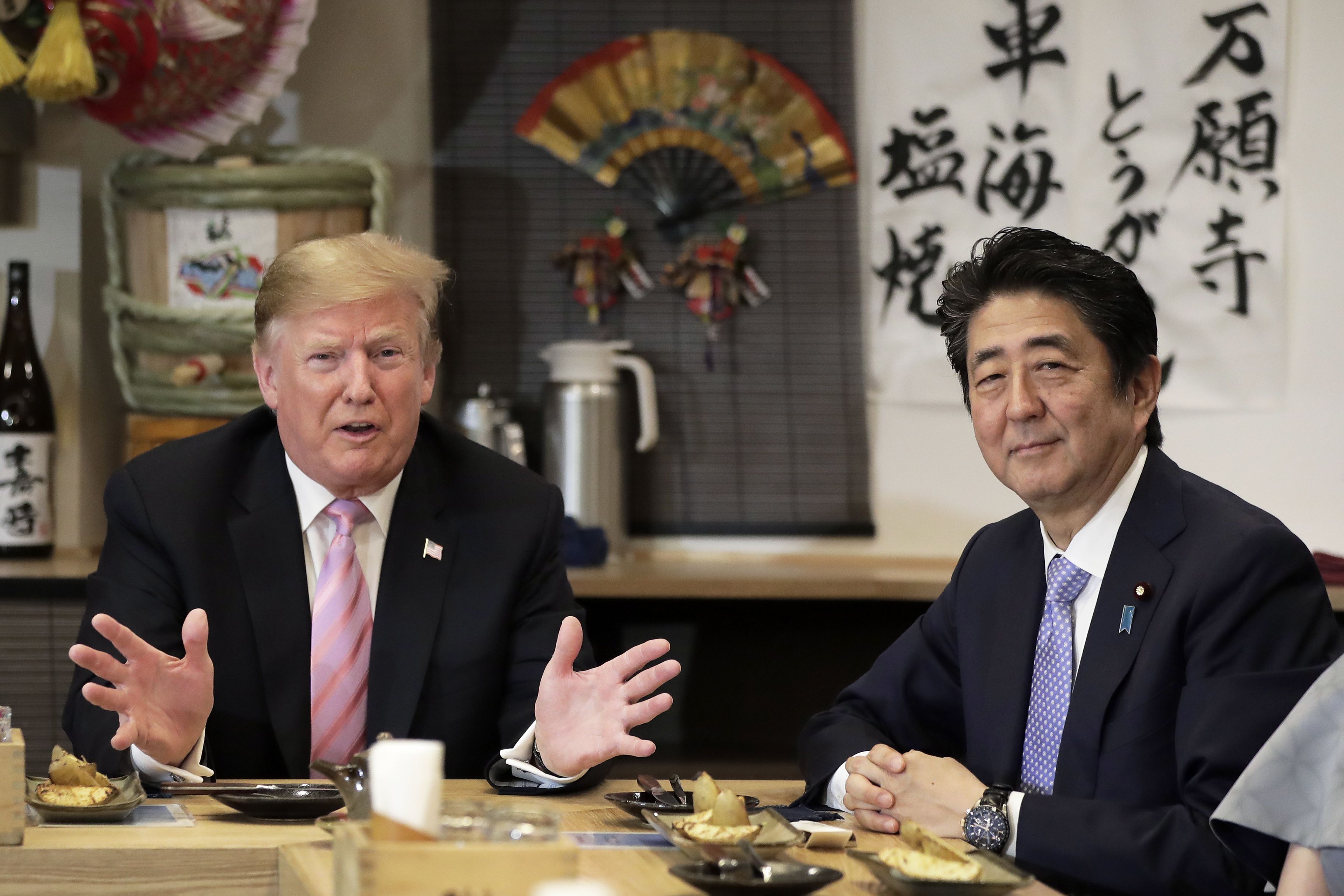 The U.S. and Japan will likely reach a trade settlement in the next six to nine months that will “give each side something to claim credit for,” a former trade official told CNBC on Monday.

U.S. President Donald Trump arrived in Japan on Saturday for a state visit amid looming trade issues between the two countries.

“Trump and (Japanese Prime Minister Shinzo) Abe have established a good relationship. Both have been relying on each other to help them domestically, ” said Glen Fukushima, former deputy assistant of United States Trade Representative for Japan and China during Ronald Reagan’s administration.

On the first day of his state visit on Saturday, Trump said “Japan has had a substantial advantage for many, many years, ” and called on Japanese businesses to invest more in the United States.

The president also said Tokyo and Washington were “getting close” to a deal that would address the U.S. trade deficit. The U.S. had a deficit of $56.8 billion in goods and services with Japan in 2018, according to the U.S. Trade Representative.

Trump had previously said he did not expect major progress until July, when Abe’s ruling bloc faces an election for parliament’s upper house.

“President Trump … would like to claim credit for some progress on trade — whether it’s agriculture or products or automobiles, but he can wait because his election isn’t till November next year, ” said Fukushima, who is now senior fellow at the Center for American Progress think tank.

“The trade negotiations will continue (after the elections in Japan) … within the next six to nine months, probably there will be some kind of settlement that will give each side something to claim credit for,” he added.

U.S. President Donald Trump, left, speaks as Shinzo Abe, Japan’s prime minister, during a dinner at the Inakaya restaurant in the Roppongi district on May 26, 2019 in Tokyo, Japan.

Meanwhile, Trump’s state visit to Japan has been marked with pomp and ceremony, with the U.S. president meeting Japan’s new Emperor Naruhito and Empress Masako on Monday — making him the first foreign dignitary to be received by the monarch since he inherited the throne earlier this month.

On Sunday, Trump watched Japanese national sport of sumo with Abe after the two bonded over hamburgers and golf.

Abe has “figured out” the American president’s psychology, said Fukushima.

Trump “is someone who has a very big opinion of himself, and he loves to be the president who is the first to do things — so, the first to be the American president to go to the sumo tournament, the first person to see the new emperor,” said Fukushma.

“Abe has figured out the President Trump’s psychology quite well and therefore, he is providing the red carpet treatment, the pomp and circumstance that Trump really enjoys,” said Fukushima.

The United States is currently in the middle of an expensive trade war with China, as Washington protests against Beijing’s treatment of U.S. companies, even as tensions with Japan and the European Union over trade simmer.

— CNBC’s Spencer Kimball and Reuters contributed to this report.