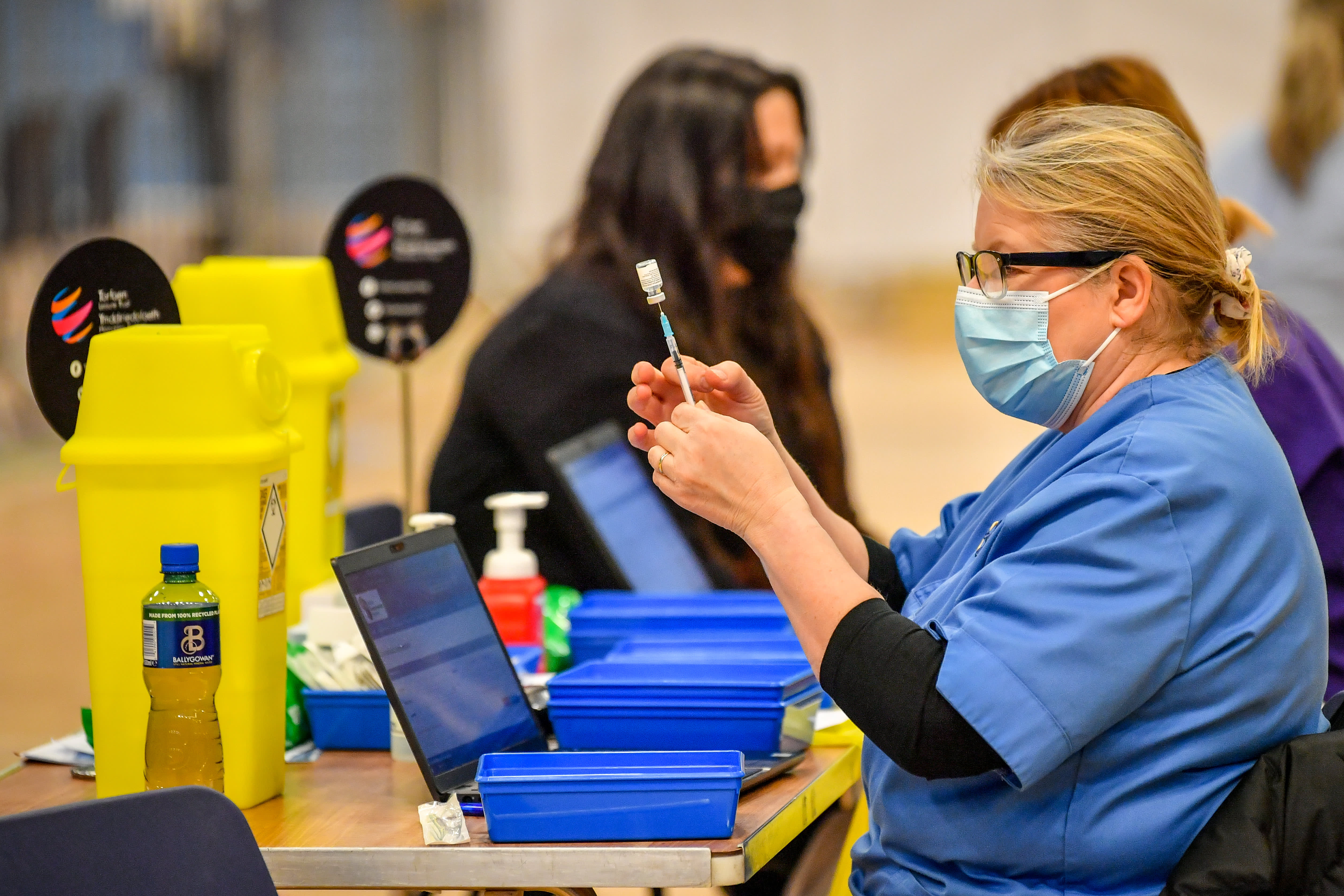 Dr. Ashish Jha told CNBC’s “The News with Shepard Smith” Tuesday that U.S. states could start making decisions about opening up businesses and economies earlier than predicted if enough people get vaccinated.”My relatively optimistic view is that we don’t have to wait until the end of the summer or even the beginning of the summer, that by late spring, if enough people have been vaccinated, you’re going to start seeing case numbers really come down a lot,” said Jha, who is dean of Brown University’s School of Public Health, “That will allow us to start opening up the economy a lot more, so we don’t have to wait, and we just have to make sure that the infections — the high levels of infection we have right now, that that gets better.”President Joe Biden set a critical benchmark in the fight against the coronavirus pandemic. He promised to deliver states enough vaccine doses for nearly every American by the end of summer. Biden said he will have the government by 200 million more doses of the vaccine — half from  Pfizer and half from Moderna. The deal would boost the nation’s vaccine supply to 600 million shots. “This is enough vaccine to fully vaccinate 300 [million] Americans by the end of the summer, the beginning of the fall,” Biden said at the White House Tuesday.To vaccinate 300 million people by Sept. 22, the last day of summer, the nation will need 600 million doses at a pace of about 2.4 million shots per day. That’s assuming it’s beyond the 23 million already jabbed. Biden said the government will start shipping states 10 million shots a week for the next three weeks. That’s an increase of nearly 20% compared to what’s currently being delivered. Johnson & Johnson is expecting results on its Covid vaccine by early next week. According to CNBC’s Meg Tirrell, the company ran its trial across three continents including South Africa and Brazil, where the highly transmissible new variants have been identified. That means the Johnson & Johnson results could reveal important information about how vaccines designed around the original Covid strain work against the emerging ones. Dr. Bruce Becker, adjunct professor of behavioral medicine and social science at Brown University’s School of Public Health, told “The News with Shepard Smith” that the Johnson & Johnson vaccine requires only one shot and, therefore, immunity is achieved in 14 to 21 days. “The J&J vaccine can vaccinate twice the number of patients for each given supply of vaccine — twice the coverage and immunity in less than half the time,” Becker said. “That’s much greater efficiency for roadblocking the spread of Covid.”Jha told host Shepard Smith that a single dose would help the vaccination effort “a lot,” but questioned the company’s production capacity.”I think one of the questions that’s less clear is how much stock of the J&J vaccine do we have?” asked Jha. “There’s some reports that it has not gone as well, production has not gone as well, but either way, one dose as a vaccine is so much easier to administer.”The Centers for Disease Control and Prevention released a study Tuesday that said that Covid’s spread in schools is very low with the correct precautions in place. Jha explained that the U.S. can open schools across the country, but “we’ve got to do it” with preventative measures in place that include masks and effective ventilation. Becker underscored the importance of preventative measures and even said that non-compliant students should be banned from school. “Masking works, social distancing works, and the deadly misinformation that has been propagated by the previous administration and its voices has led to our current dilemma,” said Becker. “Schools can be opened if the rules are followed to the letter.”Biden said Tuesday “it’s going to take months before we can get the majority of Americans vaccinated” and that “masks not vaccines” are the best defense against Covid as Americans wait for their vaccine.

Pizza Hut to launch Detroit-style pizza as its turnaround continues
West Virginia governor claims every person over 65 could be vaccinated by Valentine’s Day
To Top
error: Content is protected !!