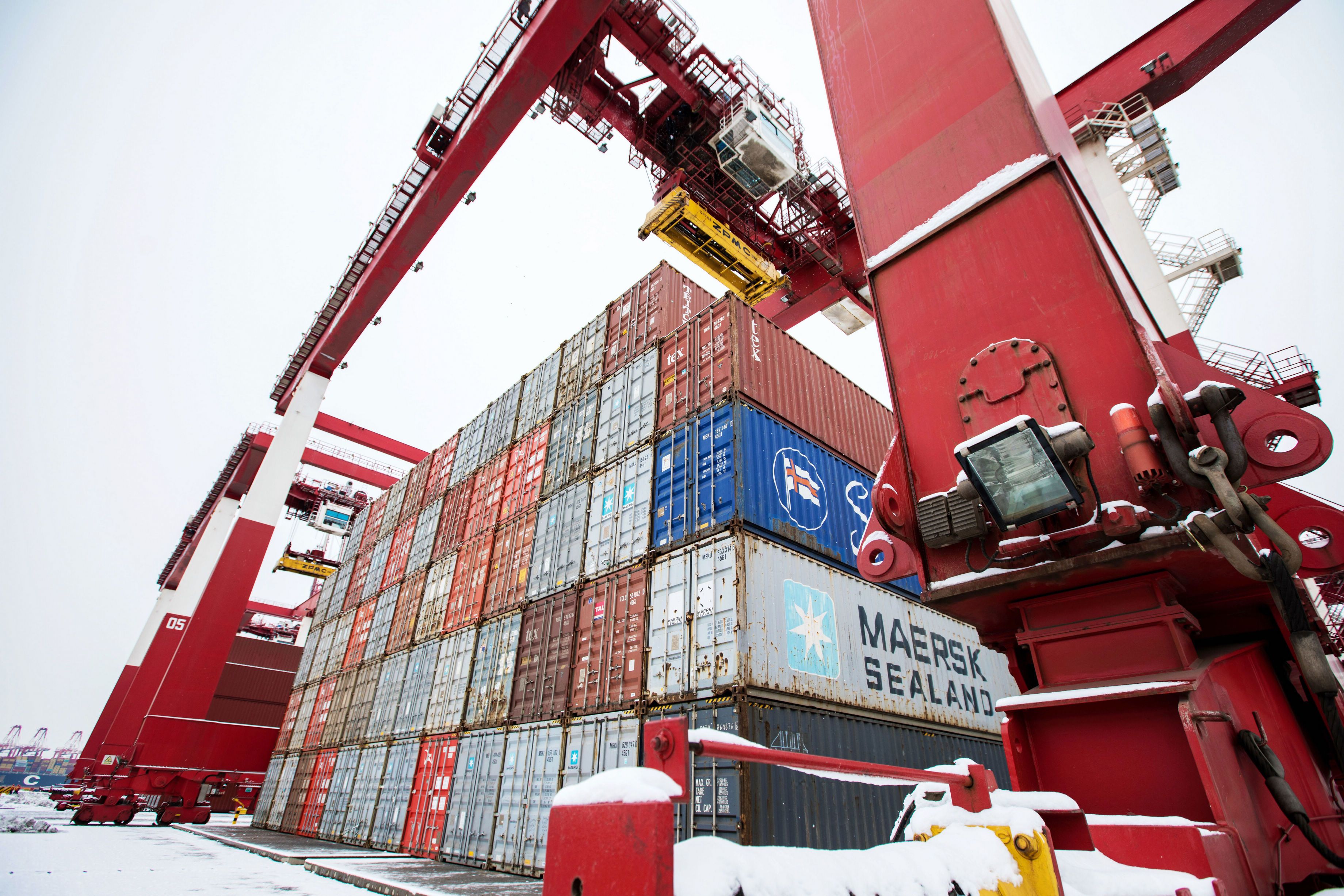 Several trends have come to dominate second-quarter earnings, including the impact of protracted trade disputes between the U.S. and its allies, decelerating economic growth and success at large-cap tech companies.

Wells Fargo Securities’ top stock strategist told clients Monday that among the common themes on conference calls with top executives was frequent management caution about the trade war between the U.S. and China.

“Earnings season is painting a picture of an economy hampered by trade uncertainty – but robust enough [to] rumble along at a consumer-driven ‘three yards and a cloud of dust,'” strategist Christopher Harvey wrote. “With a more accommodative Fed, as well as a trade détente, the recent market action is indicating we could see a near-term pause which refreshes.”

With about half of the S&P 500 already done reporting second-quarter earnings, dozens of companies — ranging from chipmaker Broadcom to railroad operator United Pacific — have discussed U.S.-China trade relations or tariffs when updating investors.

While some downplayed any trade impact and assured analysts of future profit expectations, FedEx, Genuine Parts and others have described how their companies are trying to cope with higher costs and interrupted supply chains.

Toymaker Hasbro and rail company Norfolk Southern, for example, detailed to investors how the trade war is affecting their bottom lines.

Hasbro Chief Financial Officer Deborah Thomas said on July 23 that “China will continue to be an important part of our global supply network. Last year, 67% of the product we sold in the U.S. came from China, and we believe we can get to approximately 50% by year-end 2020. … We’ve done the work and are prepared to address tariffs if they happen, but continue to believe they would be very disruptive to our business and consumers in the near term.”

U.S. and Chinese officials will convene in Shanghai this week in the hopes of devising a trade deal and ending their yearlong spat. While investors first saw optimism in the face-to-face discussion, people close to the talks warned that the appetite for a sweeping deal has waned since the spring.

Others were more optimistic on their earnings calls, telling analysts and investors alike of how insulated their firms are from trade turbulence or how they’ve managed to push the tariffs on to consumers.

“The pricing environment has been relatively inflationary thus far in 2019. In automotive, price increases primarily reflect the impact of tariffs, while industrial and business products have seen increases associated with general inflation in areas such as raw material pricing, commodities and supplier freight,” Genuine Parts CFO Carol Yancey said July 18.

“Thus far, we have been successful in passing on the price increases to our customers to protect our gross margin overall, so we continue to believe that the current levels of inflation have been a net positive to our results,” she added.

But not all of the trends described by Harvey were bad: The U.S. economy continues to grow (albeit at a slower pace), large-cap technology companies are posting solid results and financial firms continue to highlight credit quality.

“We expect to hear more chatter about a potential market ‘melt-up,'” Harvey wrote. “We think the Fed further accommodating an economy that has only been slightly dented is a potent cocktail. Helping the cause we have an investor base which does not seem highly-levered or ‘risked up.'”

Apple, Mondelez, and General Motors and many more companies are scheduled to report earnings later this week.

Facebook warns investors that Libra may never see the light of day
Surescripts threatens to turn Amazon PillPack over to the FBI
To Top
error: Content is protected !!