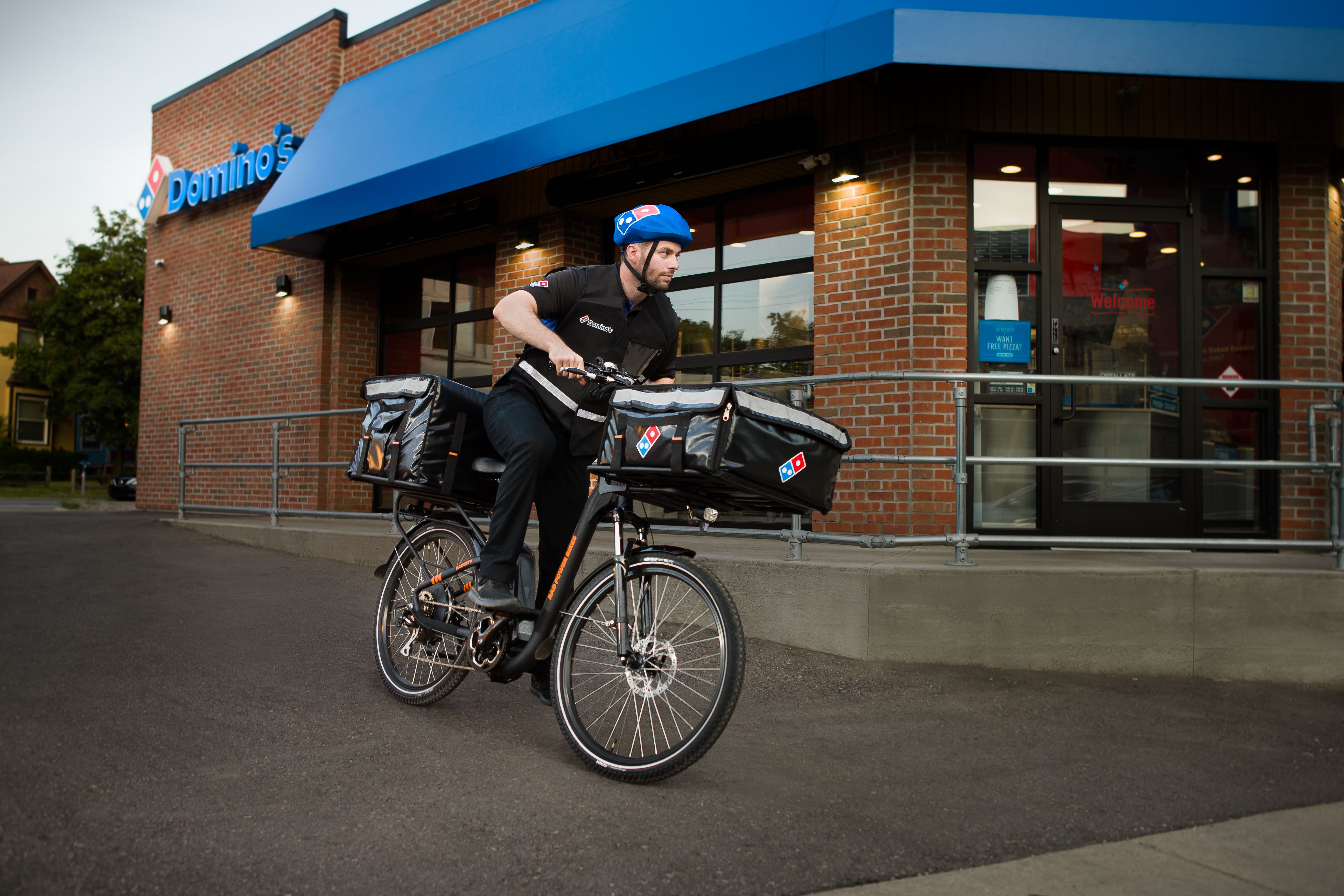 Domino’s Pizza is taking a page from from its third-party delivery foes and will soon deliver its pizza on electric bikes.

The pizza chain plans to roll out hundreds of e-bikes in partnership with Rad Power Bikes across company-owned stores throughout Miami, Salt Lake City, Baltimore and Houston later this year.

The likes of UberEats, DoorDash and GrubHub have been putting pressure on Domino’s U.S. sales because customers now have many more options than just pizza or Chinese food for delivery. Faced with the increased competition, Domino’s has focused on improving its delivery. Part of that strategy includes building new stores in existing markets to cut down delivery times.

Electric bikes, a favorite of food delivery workers, are another way to improve Domino’s delivery. E-bikes can help delivery employees navigate congested streets more quickly without tiring themselves out. The e-bikes used by Domino’s have small motors to help with pedaling, can hold up to 12 large pizzas and reach assisted speeds of up to 20 miles per hour.

Domino’s said Tuesday that tests at company-owned stores earlier this year showed that e-bikes improved overall delivery and service. Additionally, stores were able to hire delivery employees from a wider pool of candidates because they did not need a car or a driver’s license.

“While delivery on a traditional bike solved many of our traffic and parking issues, the hills in Seattle were tough on even our best cyclists,” Greg Keller, a Domino’s franchisee in Seattle, said in a statement. “E-bikes were a game-changer for us, and we’ve been delivering with them for three years now.”

But some U.S. cities aren’t sold on e-bikes. Atlanta imposed a nighttime ban Friday on electric scooters and e-bikes after a fourth e-scooter rider was killed. New York’s police department has been handing out tickets to e-bike riders because the vehicles are technically not street-legal.

Allbirds, known for its wool sneakers, is getting into the apparel business
2020 Democratic presidential candidates: Donations from tech execs
To Top
error: Content is protected !!