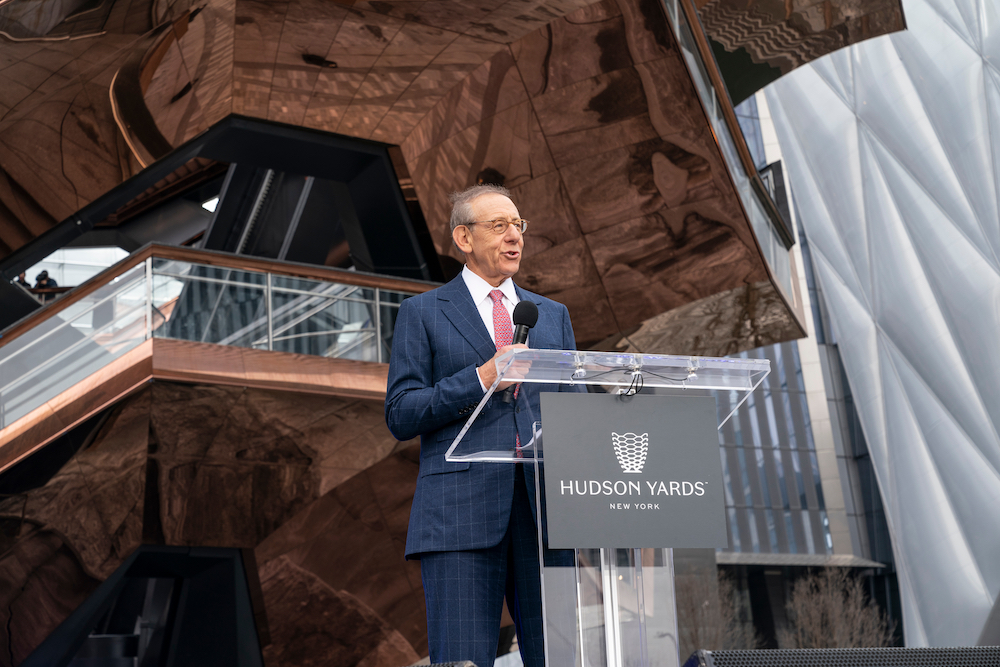 Ross in front of Vessel in March.

Stephen M. Ross, the New York real estate maven and philanthropist behind the $25 billion Hudson Yards development that opened earlier this year with Thomas Heatherwick’s $150 million architectural sculpture Vessel as its centerpiece, is receiving vigorous criticism from some over his decision to host a fundraiser for President Donald Trump on Friday at his Hamptons manse.

Among the first to express opposition to the fundraiser, where tickets were priced as high as $250,000, was Kenny Stills, a football player for the Miami Dolphins, which Ross owns. Other prominent critics include actor and LGBTQ activist George Takei and model and writer Chrissy Teigen. Since the backlash began, social media has been flooded with people calling for boycotts of Ross’s businesses, citing racist comments that President Trump has made and his policy choices.

Ross is chairman of Related Companies, whose holdings include an international real estate empire, restaurants, and the fitness brands Equinox and Soul Cycle.

In a statement, Ross said that while he and the president “agree on some issues, we strongly disagree on many others and I have never been bashful about expressing my opinions.” He went on, “I have been, and will continue to be, an outspoken champion of racial equality, inclusion, diversity, public education, and environmental sustainability.”

On the cultural front, Ross is a board member of the Shed arts center in Hudson Yards, which stands next to Vessel, and the Lincoln Center for the Performing Arts in Manhattan, and has focused much of his philanthropic giving on universities and hospitals. He also previously served as a trustee of the Guggenheim Museum.

The criticism of Ross comes at a time when activists have been closely scrutinizing the philanthropic activities of the wealthy. Following protests, many museums have said they will no longer accept donations from members of the Sackler family, which has been accused of fueling the opioid crisis in the United States through sales of the painkiller OxyContin. And earlier this month, Warren B. Kanders resigned from the board of the Whitney Museum in New York after months of protests over his ownership of Safariland, a company that manufactures military and law enforcement products, including tear gas canisters.

Kamal Boullata, Palestinian Artist Who Brought His Country’s Past Into the Present, Dead at 77 -ARTnews
Anonymous Donor Gives 170 Works to Mead Art Museum at Amherst College -ARTnews
To Top
error: Content is protected !!