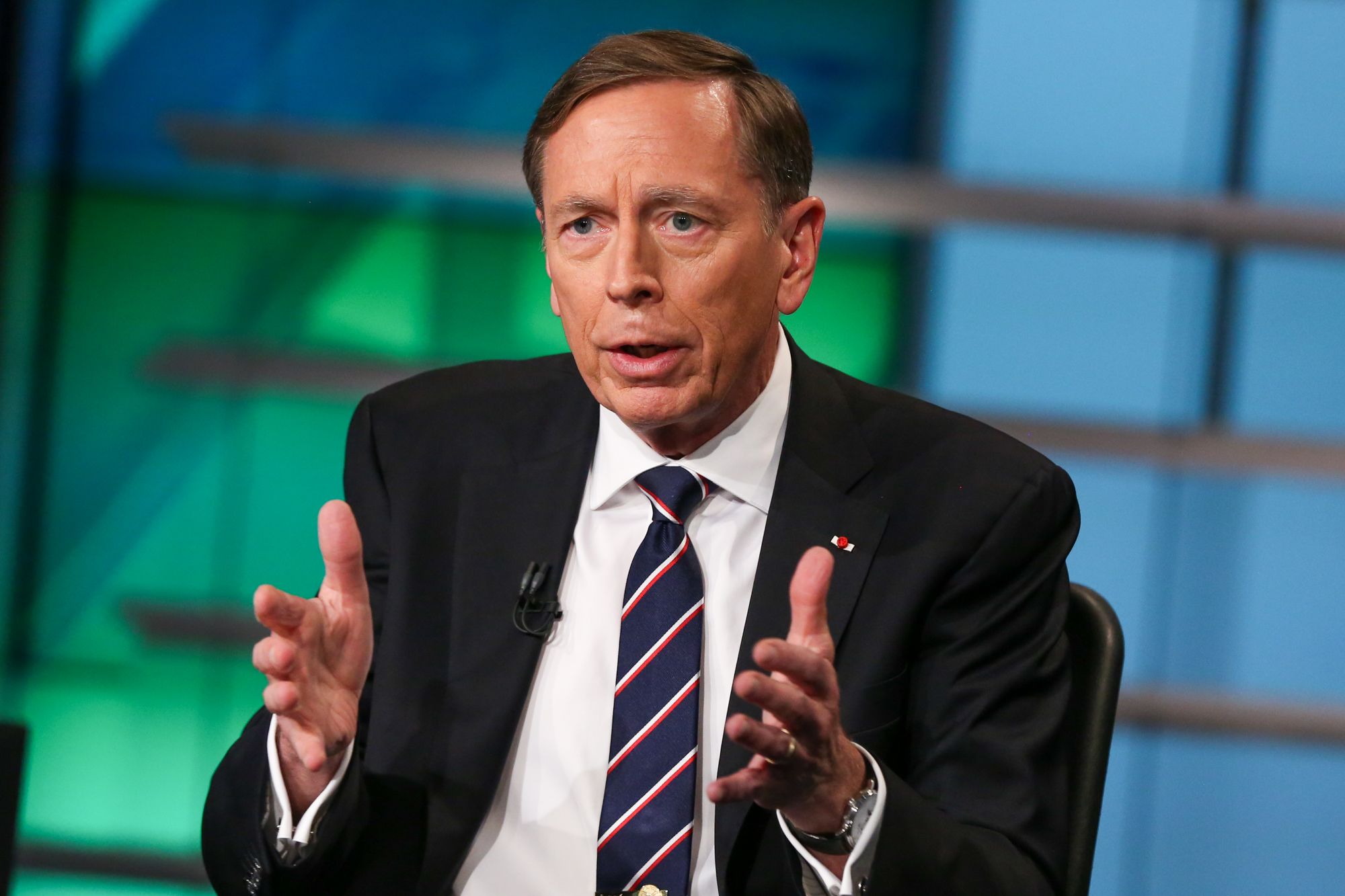 Last Friday, Iran seized a British-flagged tanker in the Strait of Hormuz, a major thoroughfare for oil shipments in the region. A day earlier, President Donald Trump said a U.S. Navy ship had downed an Iranian drone in a defensive action after the unmanned aircraft flew too close to the USS Boxer.

In June, Iran shot down a U.S. surveillance drone that had been flying over international airspace.

“Fraught is a way to describe this particular situation,” said Petraeus, who currently is chairman of KKR’s Global Institute. “There clearly is a prospect for some inadvertent escalation.”

Petraeus said such an escalation “is presumably what the president sought to avoid when he did not take the” military strike planned against Iran on the heels of that country’s downing of the American drone.

Trump said at the time that the 150 deaths a general told him would result from such a strike was not “proportionate to shooting down an unmanned drone.” Trump imposed tightened sanctions on Iran after the strike.

Petraeus said Trump will have to respond if American servicemen are harmed as a result of tensions with Iran.

“He clearly is going to have to respond if something serious happens to American soldiers, sailors, airmen, marines, our diplomats, he said. “And there is a lot of threat out there we face now.”

He warned that the threat in the region comes not only from Iran’s military: “It’s from their proxies, the paramilitaries, the Shia militia in Iraq, in Syria and in other places in the Middle East. Not to mention Hezbollah, which poses an extraordinary threat to Israel, now not just from Lebanon but also from Syria.”

When asked how he would handle the situation, he said, “What would I be doing if I were still Central Command Commander or CIA director? I would be dusting off many contingency plans we’ve developed.”

“I would be searching for clarity in regards to Iran policy,” he said, suggesting that the Trump administration had not articulated that beyond its decision to pull out of a nuclear agreement that Iran signed with the United States under President Barack Obama.